We already know that Samsung is introducing its new flagship devices on February 21 during an Unpacked event, just before MWC begins. There’s a possibility that the company will also introduce a new VR camera capable of recording content at 360 degrees, and thanks to a large number of leaked images and documents, we pretty much know what to expect from the Galaxy S7 and the Galaxy S7 Edge. Still, a few aspects are unknown and we can’t say that all of the information we’ve got is truthful until it is made official by Samsung. Now we can, at least, confirm the name and the existence of the Galaxy S7 Edge, as it was spotted on a developer’s site created by the company itself.

Samsung’s developer’s site is where the company distributes information, SDKs and additional tools for the creation of software or apps for several types of products. There is a section for the Edge features, which are obviously available for the phones with curved screens on their sides, and in the list of compatible devices, the name “Galaxy S7 Edge”can be seen. Most of the current functionality, which was adapted from the Galaxy Note Edge and displays information on the curved part of the screen, is known as Edge Single Mode. But there’s a new mode called Edge Single Plus, which uses a larger portion of the screen to display additional information. This is obviously compatible with the Galaxy S7 Edge and it will surely be one of the features that make its debut along the device, but we will have to wait to know how this feature is implemented. There’s no arguing that the Edge devices have always looked very good, but this new feature could also make the edges a little more useful, which is not bad at all.

The renders of the alleged Galaxy S7 Edge show that the phone will feature a larger screen than the flat Galaxy S7, and some of the rumors mention that it will measure 5.5 inches. The Galaxy S7 Edge is supposed to resemble the design of its predecessors, but the camera might be better integrated into the back of the phone and other hardware refinements could be made to its design as well. 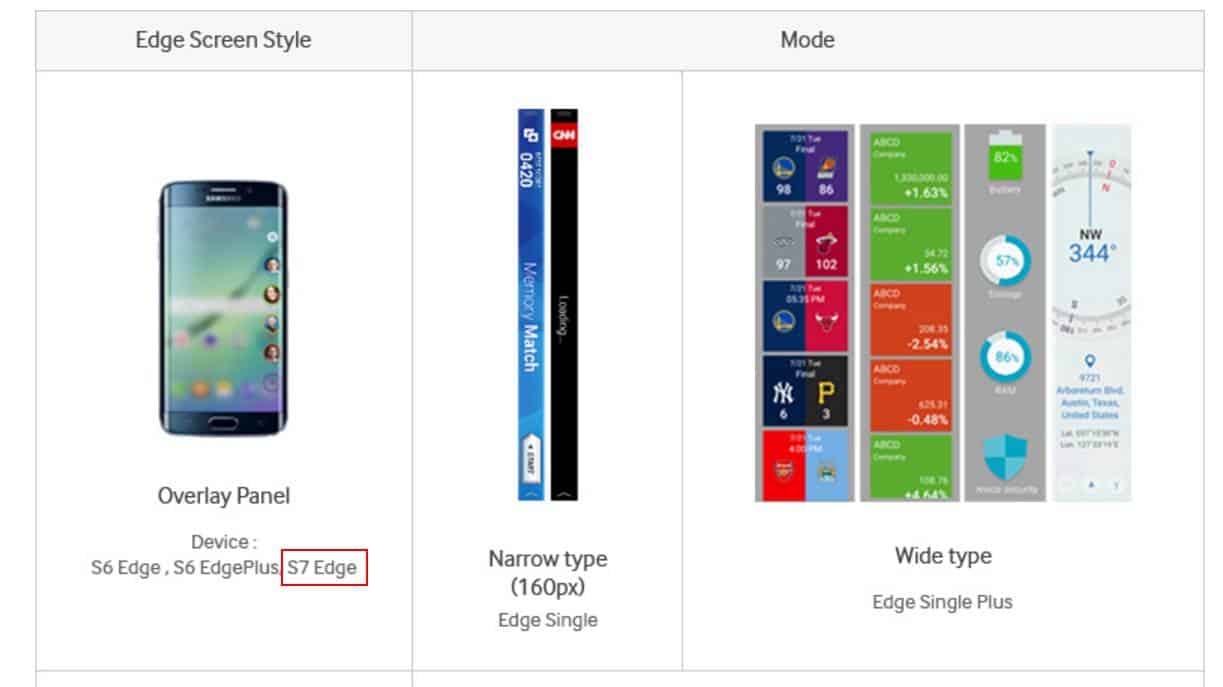