Samsung's Galaxy J-series of mid-range and entry-level smartphones were originally introduced last year. Now that it's time for the company to start replacing the aging handsets, we've already seen entry-level models like the Galaxy J1 (2016 Edition) being put up for sale in the Middle East and South Asia last month. However, along with entry-level models, Samsung is also believed to be working on the next-gen Galaxy J5 and Galaxy J7 handsets, both of which are expected to be launched globally at some stage during this year. While the 2016 edition of the Galaxy J5 was recently imported to India by Samsung for testing purposes, another mid-ranged J-series device has now apparently showed up on the FCC website, indicating that its official launch may not be that far away.

The device listed on the official FCC website happens to be a dual SIM smartphone that comes with the model number SM-J7109. It is expected to be marketed as the Galaxy J7 (2016) and some reports indicate that the particular variant listed on the FCC website is actually meant for China and not the US. The Galaxy J7 (2016) had already been spotted earlier on GeekBench as well as on Bluetooth SIG, so some of the key hardware specs are already in public domain. One important thing to note is that the device is expected to come in two different variants – one powered by a Qualcomm SoC and another by a Samsung Exynos chip. While the Qualcomm Snapdragon-powered variant showed up on GFXBench, it was the Exynos version that was revealed through the GeekBench listing earlier this month.

While the FCC listing doesn't corroborate any of the earlier reports regarding the hardware specs of the upcoming device, it does mention that the battery on the Galaxy J7 (2016) will be a 3,300 mAh unit as opposed to the 3,000 mAh one that's found on the Galaxy J7 from last year. As for the rest of the specs, the upcoming device is expected to feature a 5.5-inch 1080p display, have 3 GB of RAM, carry 16 GB of inbuilt storage and sport 12-megapixel and 5-megapixel cameras on the front and rear. As for the processors, while the Qualcomm version is expected to come with the Snapdragon 615, the Exynos-powered model will carry the Exynos 7870 under the hood. 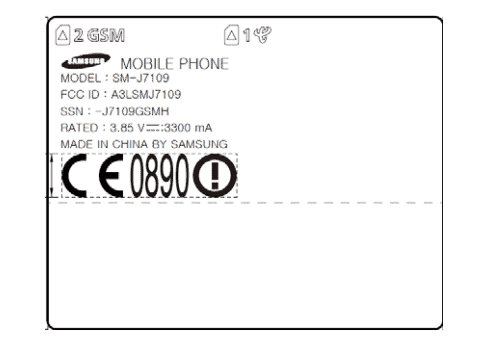