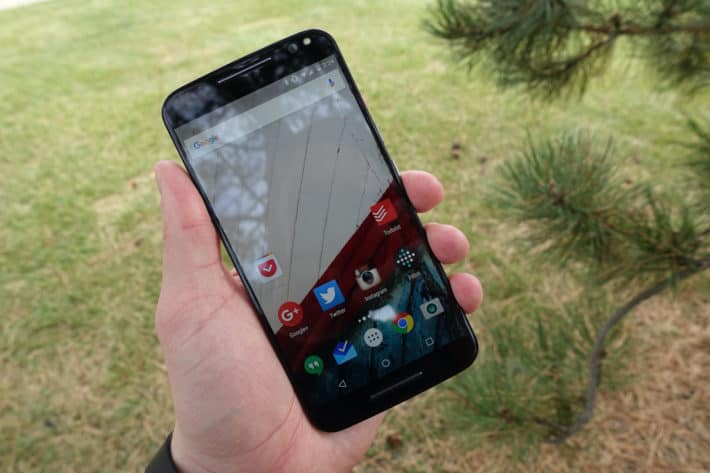 The Moto X Pure Edition, known internationally as the Moto X Style, is receiving a new update as of Thursday. According to reports, the new incoming software weighs in at just 6 MB and updates the system version to 24.201.3. The update does not apparently bring along any new features, and retains Android version 6.0 Marshmallow. The new software incorporates the February security patches for the most part, but it isn't clear at this point in time if it comes with any other changes apart from that. Although, looking at the meagre 6 MB file size, it is highly unlikely to be the case. Users who haven't got their notifications already can look into Settings > About Phone > System Updates to check if the new software is available as yet for your device.

With smartphone security becoming an increasingly important issue, Google decided last year to roll out monthly security patches much along the lines of Microsoft's so-called Patch Tuesday updates that are rolled out every month to Windows operating systems running on PCs. Only a fraction of Android OEMs from around the world, however have agreed to follow Google's schedule. The few manufacturers who do make it a point to push out regular security updates on their devices, include the likes of Samsung, LG and HTC. While Motorola is rolling out this month's security patch to the Moto X Pure, there is no word if the international version of the handset will also see the software at some stage in the coming days.

As mentioned already, the Moto X Pure is marketed globally by Motorola as the Moto X Style. The smartphone was launched last year by the Lenovo-owned company alongside the mid-ranged Moto X Play, and is currently one of the two premium handsets from the company alongside the Droid Turbo 2, which in turn is marketed internationally as the Moto X Force. The Moto X Pure comes with a large 5.7-inch QHD (2560 x 1440) display. The device is powered by the Qualcomm MSM8992 Snapdragon 808 chipset and has 3 GB of RAM alongside with 16, 32 or 64 GB of expandable internal storage. The cameras come with 21 and 5-megapixel sensors on the back and front respectively and the device originally shipped with Android 5.1.1 Lollipop before being updated to Android 6.0 Marshmallow earlier this year.