Super Bowl 50 is coming up this Sunday, February 7th, 2016 where the Denver Broncos are taking on the Carolina Panthers in San Francisco, CA. It’s the biggest sporting event of the year, also one of the longer sporting events of the year. It’ll be live on CBS starting at 6:30pm EST, and the halftime show features Coldplay, Beyonce and Bruno Mars. There are plenty of ways to watch the Super Bowl this year, as well as keeping up with everything heading into the big game, and we have some great apps to help out. 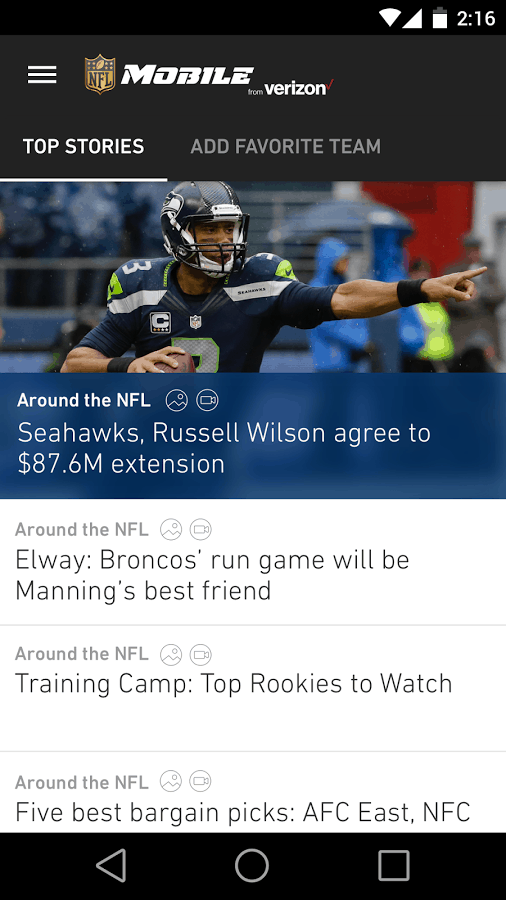 Always one of the best apps for anything in the NFL. The NFL Mobile app allows Verizon customers to watch the Super Bowl in its entirety on their smartphone for free. However those that aren’t Verizon customers are out of luck. The app also will keep you up to date with all the news leading up to the big game and the scores during the big game on Sunday. 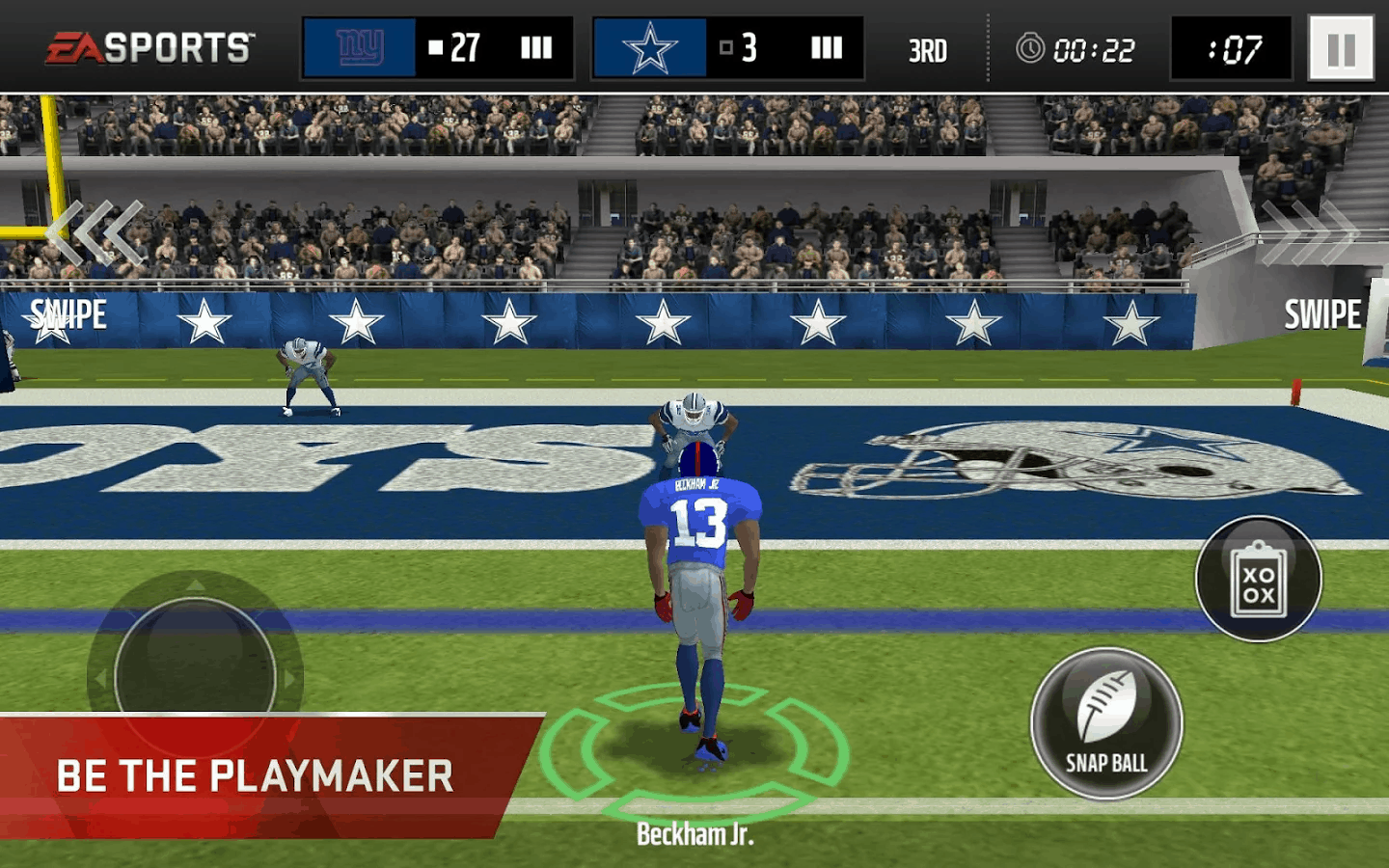 What’s better than playing the Super Bowl yourself? Well you can with Madden NFL Mobile, you can simulate the game right there on your smartphone or tablet. With Madden you are getting some incredible graphics and even better gameplay, making you feel like you are right there on the field with the team. 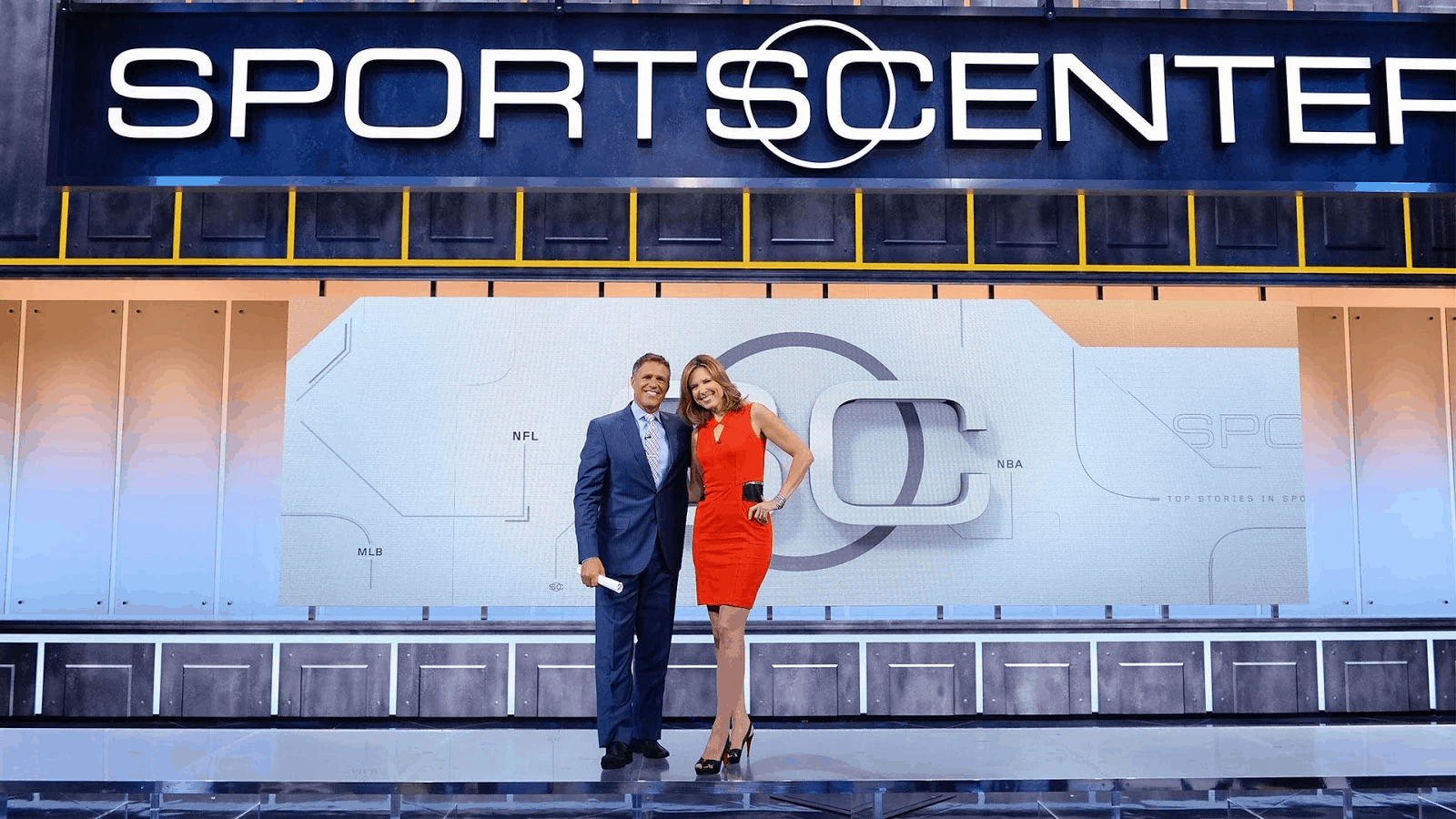 Due to Verizon’s contract with the NFL, you won’t be able to watch the Super Bowl on mobile through any other app, but you can watch the coverage ahead of the Super Bowl, which has already started. If you have cable or satellite, you can easily sign into WatchESPN and thus watch ESPN live and see what’s happening in the world of sports, even outside of the NFL. 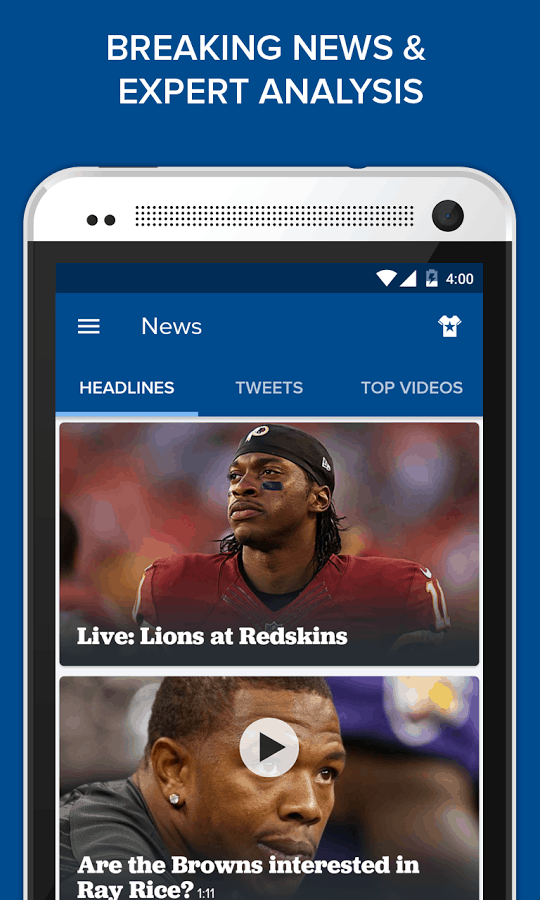 Just one of the very many sports news sites that are covering the Super Bowl – of course CBS is also the one showing the big game this year, so it’s expected that their Sports site would be covering it. CBS Sports will have all of the latest news, scores, video highlights and so much more from the big game. CBS Sports is also a great app for keeping up with other sports including the NBA, NHL, NCAA Basketball and Football and many more. Best of all, it’s completely free. 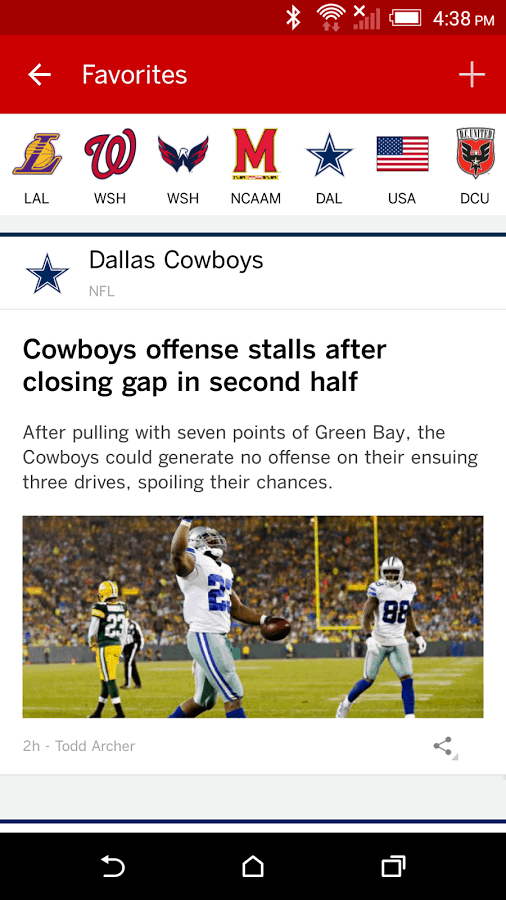 This is ESPN’s app that showcases everything you need to know about every sport. This includes scores, highlights, news, and so much more. As everyone else will be, ESPN is also covering the Super Bowl, so you can get up to the minute coverage straight from the ESPN app on your smartphone or tablet. 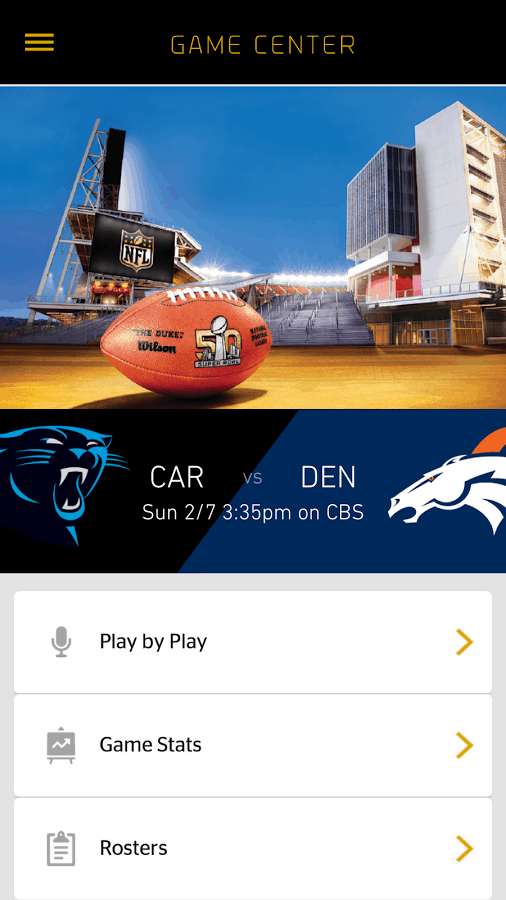 Those of you that are heading to the game at Levi’s Stadium in Santa Clara, you’ll definitely want to check out this app. It’s the stadium app for the Super Bowl to help you find parking, your seats, food and so much more. You can also find out what’s going on in the GameDay Fan Plaza which is always loads of fun for those attending the game. 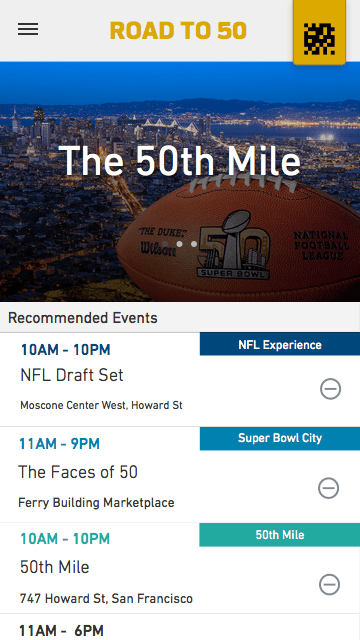 If you’re in the San Francisco Bay Area, then this is another app that’s worth downloading. It shows you all of the events taking place ahead of the Super Bowl, and where they will be taking place. A good number of them are taking place at Moscone Center (also used for Google I/O, Apple’s WWDC and Microsoft’s BUILD conferences). With Road to 50 you can unlock different achievements as well, for attending different events. 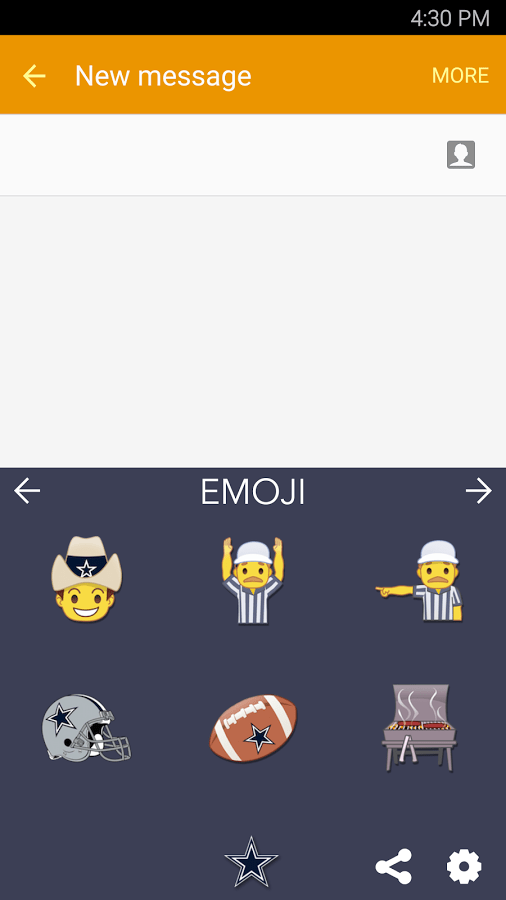 What better way to show your excitement or your pick for Super Bowl 50 than with NFL-themed stickers? That’s exactly what the NFL has done here with their NFL Emojis app. It’s full of all sorts of stickers that can be used in tons of different social media apps. A fun way to express who your pick is for the Super Bowl. 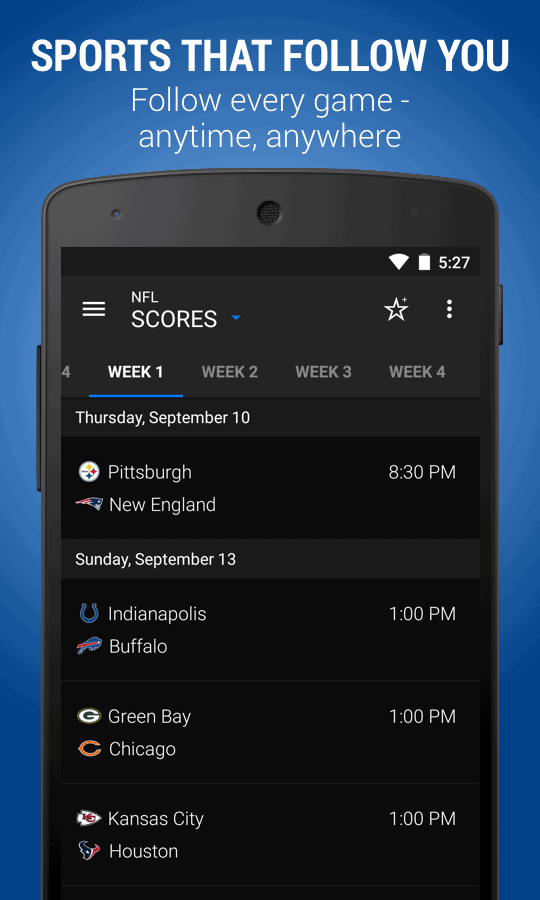 Another great app for keeping up with everything happening during the Super Bowl and even beforehand. theScore brings you the latest in the NFL world as well as other sports including the NBA, NHL, MLB, MLS and many others. Definitely a good app to have on hand for the game on Sunday. 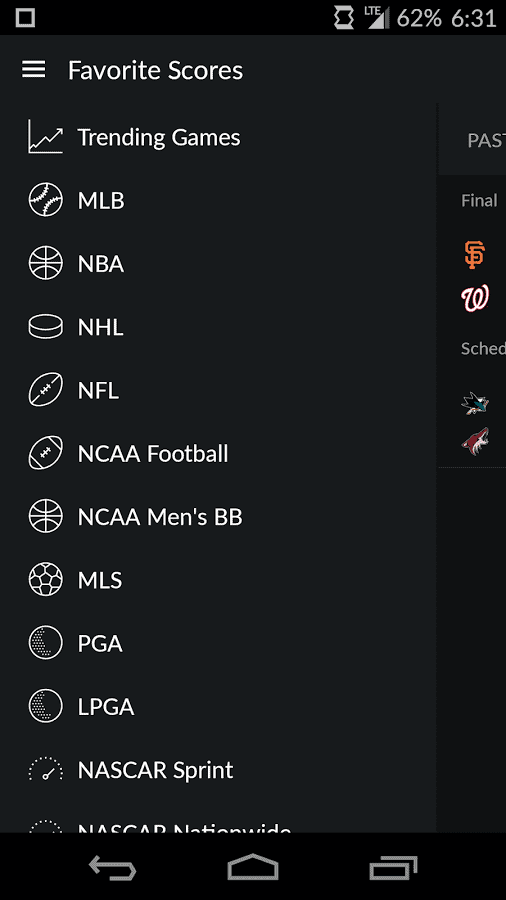 Unfortunately, you can’t stream the game from Yahoo Sports, but you can still keep up with the game. The app features all of the highlights, updates, news and so much more for the Super Bowl. Like theScore, ESPN, CBS Sports and the other apps listed here, it also supports the other sports including the NBA, MLB, MLS and college sports as well.  A great companion for you on Sunday.