Despite the fact that Spotify, Apple Music and Google Play Music are affordable and easy to get hold of these days, Radio still has its place in today’s world. Spotify and co. offer up too much choice and it can often be overwhelming to find something that you like, but with Radio there’s always something to listen to, and it’s completely free to download and use – so long as you have the data to spare or WiFi connection, of course. We’ve put together a Top 10 list of the best Radio Streaming Apps available for Android, so take a look below to see if there’s anything you like 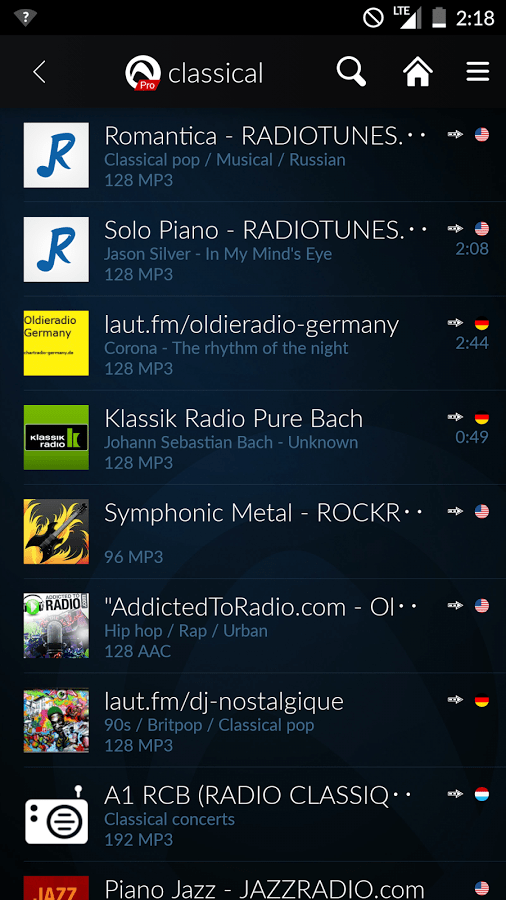 We reviewed Audials last year and found it to be a fully-featured radio streaming app that offered its users some extra features. There’s a sleep timer as well as the ability to record certain portions of whatever radio station you’re listening to, allowing you to play back a certain segment whenever you want, wherever you are without needing a data connection of any kind. 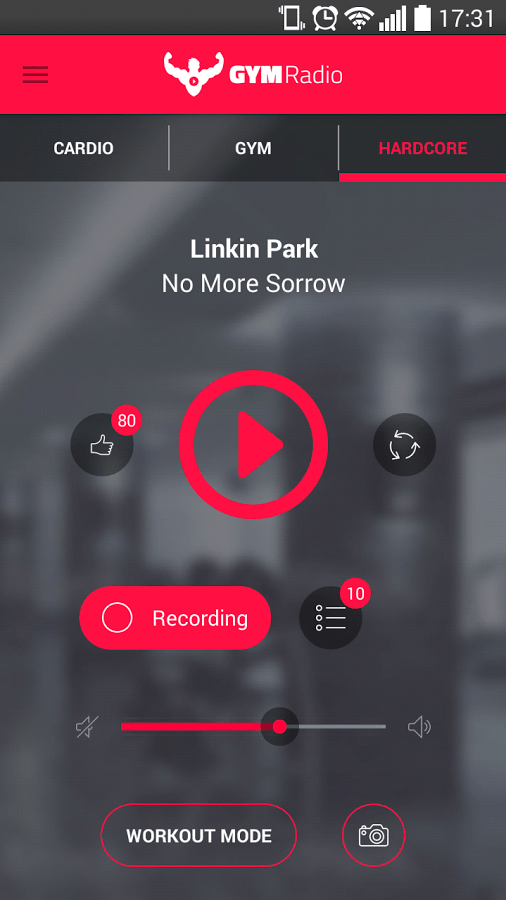 Music and working out go hand-in-hand like Apple Pie and Custard (or weights and protein!) and this is a tailored option for those looking to work out without leaning on Spotify or whatever else. New songs are constantly being added to the station, and the app is exclusively designed for those that are looking to workout with some quality tunes in their ear. The app asks that people pay for extra features like the ability to download offline music, but otherwise this is completely free to use – just mind your data consumption as with all of these apps listed here. 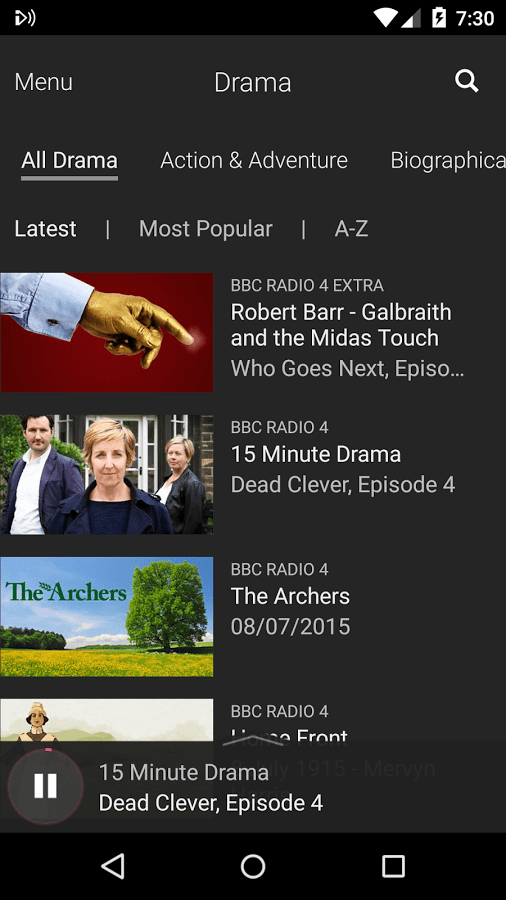 This might well be something for our UK readers only, but there’s a lot of value here for them – as well as those that find a way to tune in overseas. With lots of different stations, exclusive content and more than just music with news, drama and comedy all covered. The iPlayer Radio app recently got a big makeover a year or so ago, and it only keeps getting better, offering a quality listening experience for those that want to learn, be entertained and get their groove on. Plus, it’s all free! 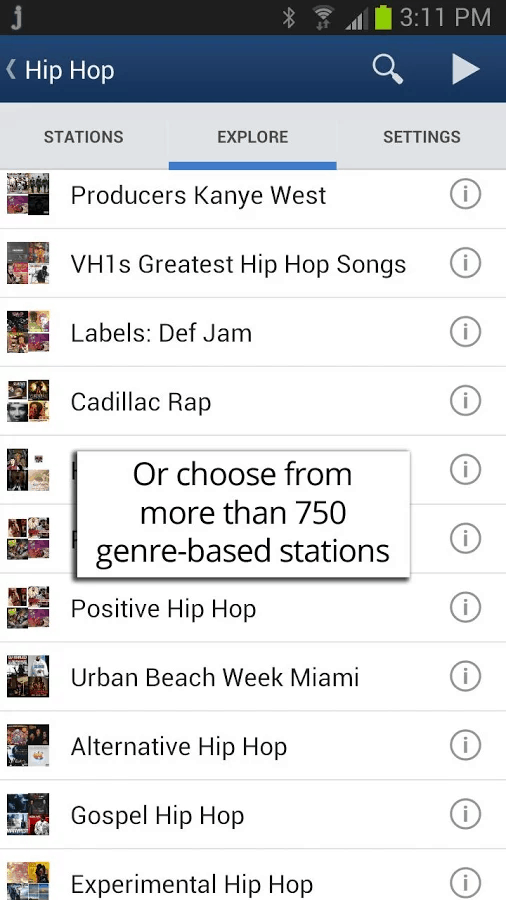 Jango Radio is a sort of jack of all trades when it comes to streaming online radio, and it’s an app that works pretty well for that. There are over 750 different stations, all neatly broken up into different genres – some of which are awfully specific – that are all ad-free and available to listen to whenever and wherever you want to. What makes Jango nice for the demanding listener however, is that they can also put together their own custom radio stations and listen to whatever they want, however they want. 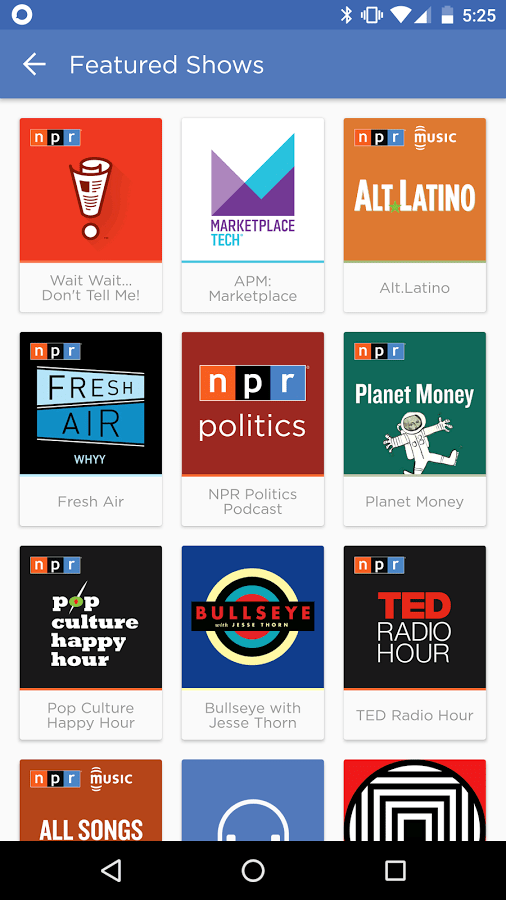 Perhaps America’s answer to BBC Radio, NPR has been a source of knowledge and entertainment for decades, and NPR One brings it all together. With a wide choice of different shows – similar to a podcast app – as well as listen to your local station. You could think of this as a sort of Netflix for NPR, and if you’re a fan of quality entertainment, then this is really worth looking into. 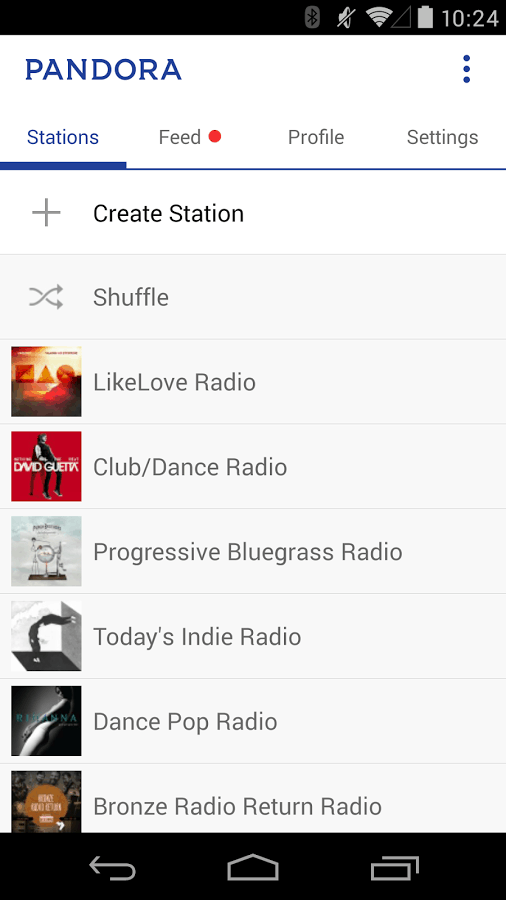 If you’re looking for a wider taste in radio stations as well as music genres, then Pandora is the app to go with, it offers a lot of different choice and it’s available everywhere, not just on your Android smartphone or tablet. Pandora is the sort of radio app for those that are serious about their radio needs, and it works wonders no matter where you are. With a personalized experience that becomes more and more precise over time, Pandora will keep on surprising you the more your listen. 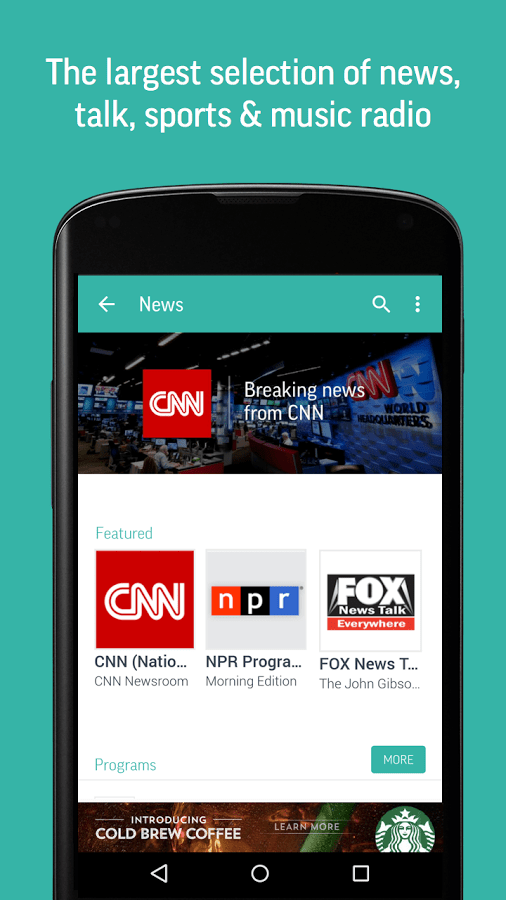 TuneIn Radio is an absolute juggernaut of a radio app, and it’s a safe bet that everyone will be able to find something on TuneIn Radio. Featuring not just your standard mix of music stations, TuneIn Radio also has a lot of sports radio stations included as well, making it a great app to catch up the games you can’t watch in front of the tube. I’ve discovered great stations on TuneIn Radio, like JimFM, and I’m pretty sure there’s something out there for everyone with TuneIn Radio. 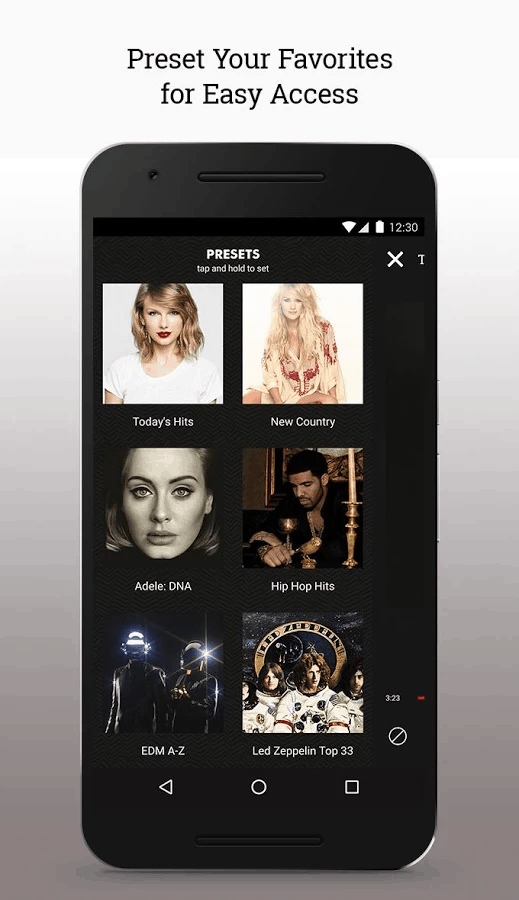 Much like Pandora, Slacker Radio is an app that prides itself on the personalization that it offers its listeners. It does this for free though and also offers users a subscription based plans should they choose to sign up and get more out of it. Slacker is however, a little more focused on being all about the music, which isn’t a bad thing, but something to be aware of, that’s for sure. 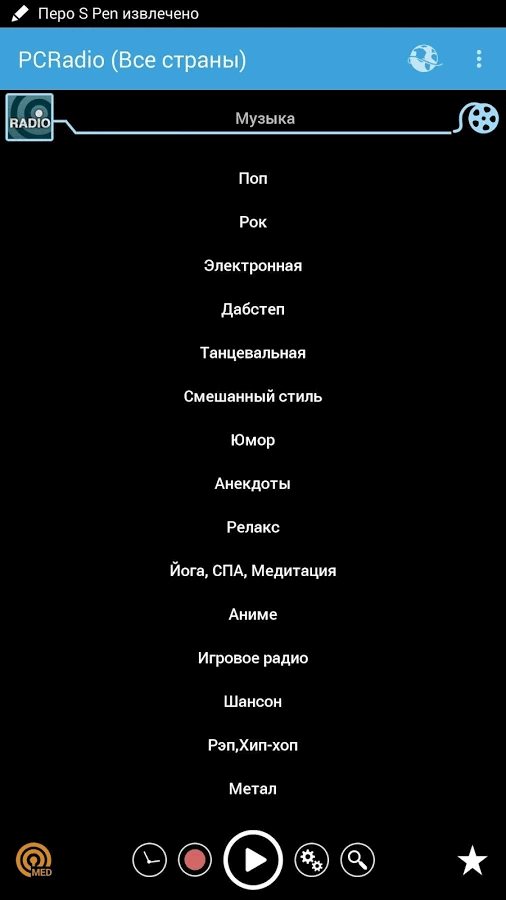 Internet Radio is a really simple Android app for those that are just looking for something to find something to listen to. It’s not focused on just the Western audience, either and has a lot of content from further East available. Of course, a better interface would be nice to see, but in the same vain it’s good that these independent apps are here, too. 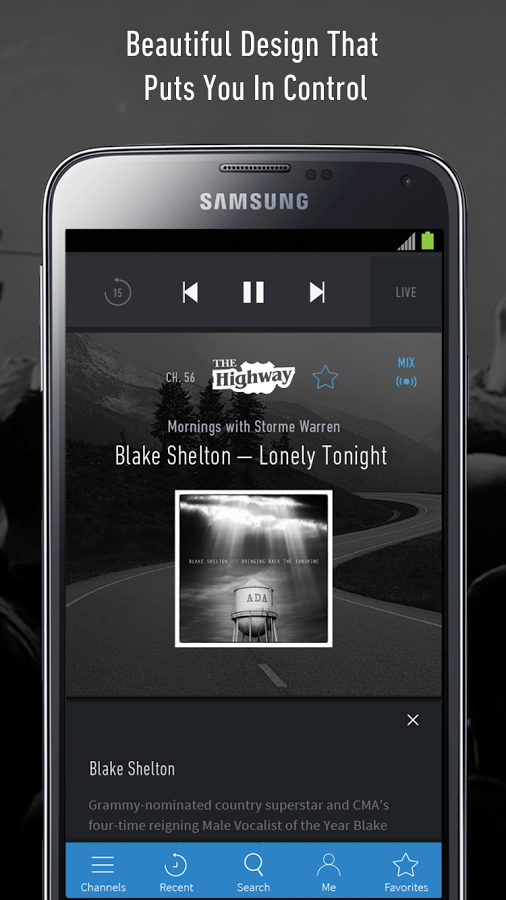 SiriusXM was arguably one of the first brands out there to get this whole Internet Radio thing started, and it’s steadily evolved since then. Known for its mix of music as well as comedy and entertainment offerings, SiriusXM allows users to create their own custom mix whenever they want and it has hundred and hundreds of different channels available for those looking for that special something no matter whey they find themselves.