Skip to content
Advertisement
Trusted By Millions
Independent, Expert Android News You Can Trust, Since 2010
Publishing More Android Than Anyone Else
24
Today
210
This Week
762
This Month
4598
This Year
122174
All Time
Advertisement With the Super Bowl set to take place this week in San Francisco, what better time to find some football games to play on your smartphone or tablet? This year we’re seeing the Denver Broncos face the Carolina Panthers at Levi’s Stadium. Peyton Manning leading his team into possibly his last game. Nevertheless there are plenty of great NFL games available on Android, so let’s check them out. 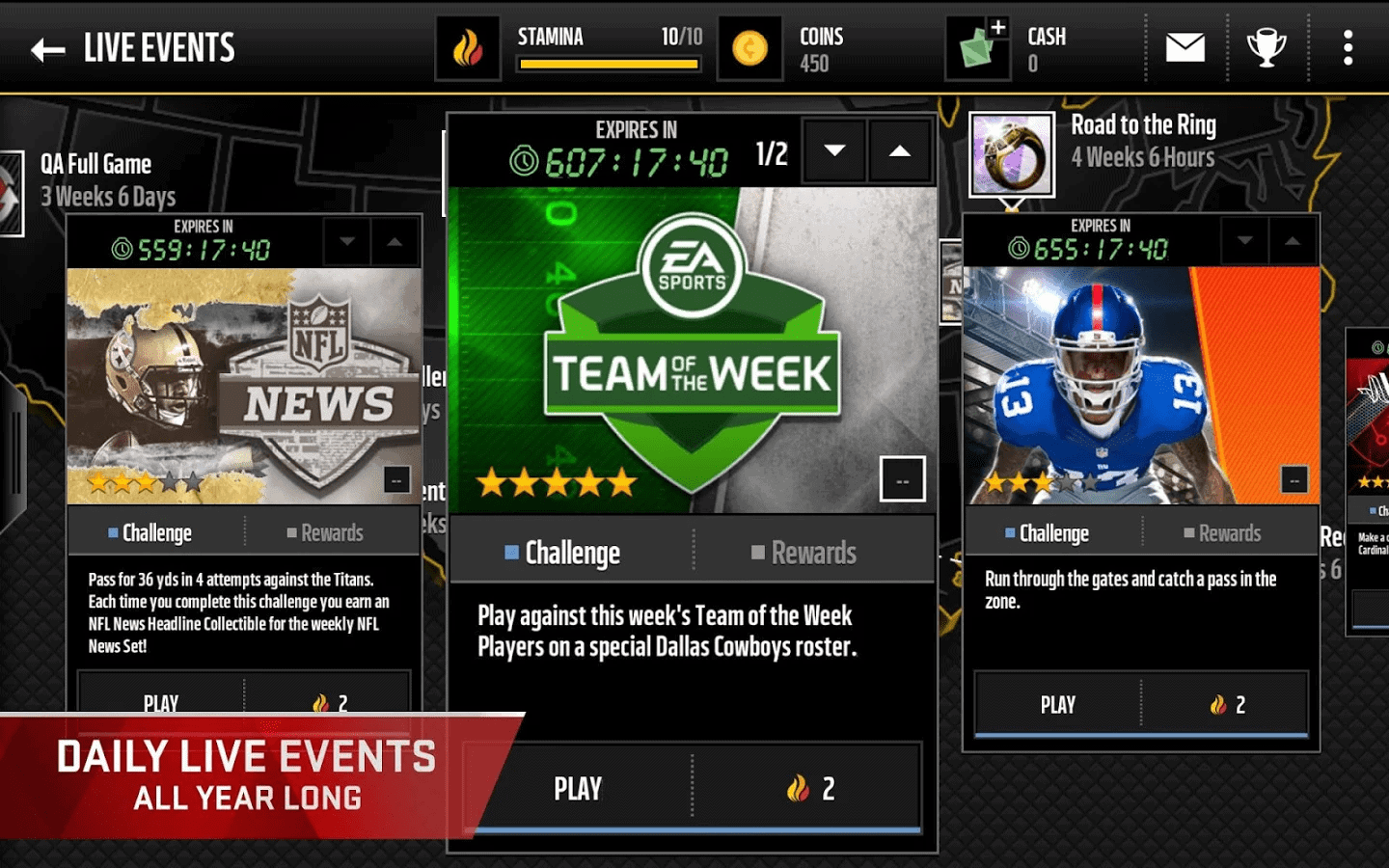 Madden, perhaps the most popular football franchise ever, is here on Android. You can play as your favorite team, leading them to the Super Bowl, or simulate this year’s Super Bowl right there on your smartphone. Madden NFL Mobile features some incredibly good looking graphics as well as gameplay, making it feel like you’re actually there playing the game. 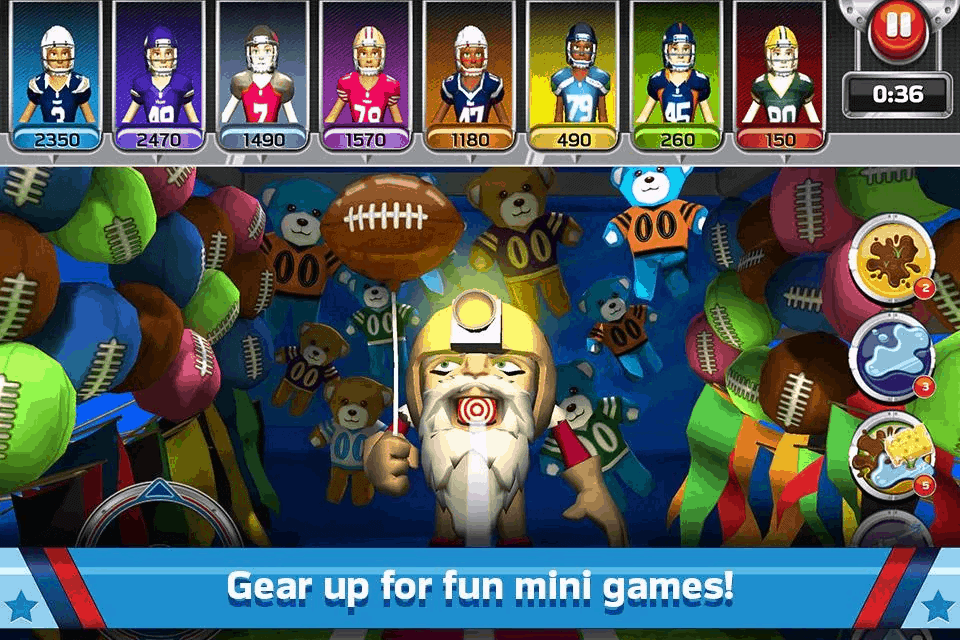 Another great NFL game here for Android includes NFL RUSH GameDay Heroes. This is an action-packed football themed game. You can play this against your friends as it does include support for Google Play Games, in games where you are racing against the clock, Image Blast, Rusher Under Pressure, Spot What’s Not, Scrimmage Swap and much more. 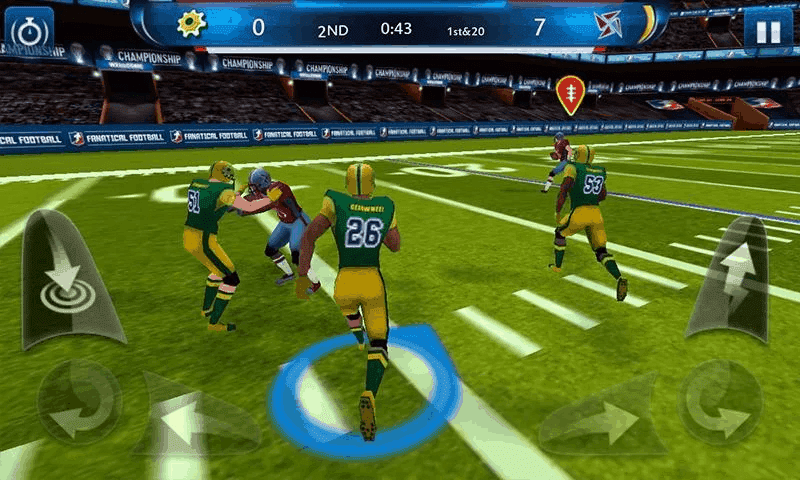 A bit similar to Madden, in Fanatical Football, you are playing a real game of Football in which you have some on-screen controls – which work really well by the way – to compete against another team and get to the Super Bowl. Fanatical Football features some pretty good looking graphics, making playing the game that much more fun. It also features a mode to allow you to jump straight to the Championship game. 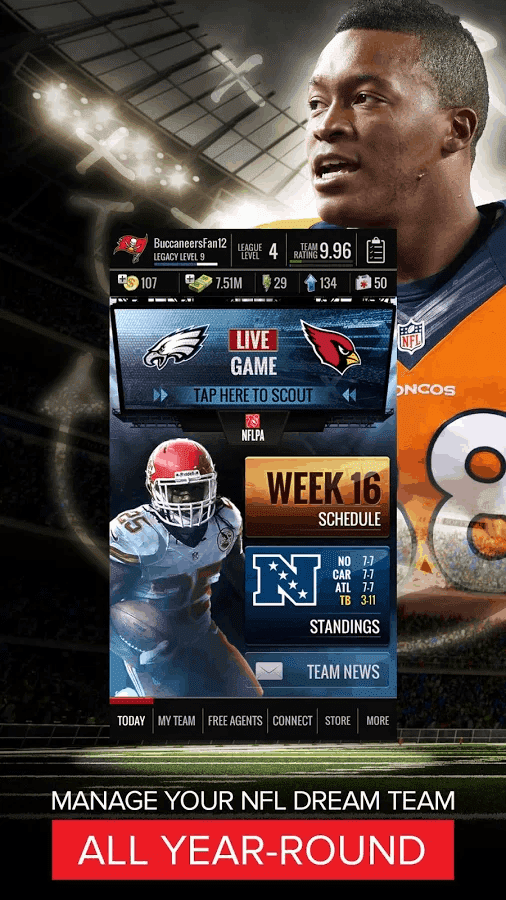 This is more of a fantasy game for the NFL, where you can create and manage your own team. It does have a few in-app purchases available for unlocking specific features and players. NFL Showdown doesn’t involve money, however, and can be started at any time within the season. You can also manage real teams and real players within NFL Showdown. 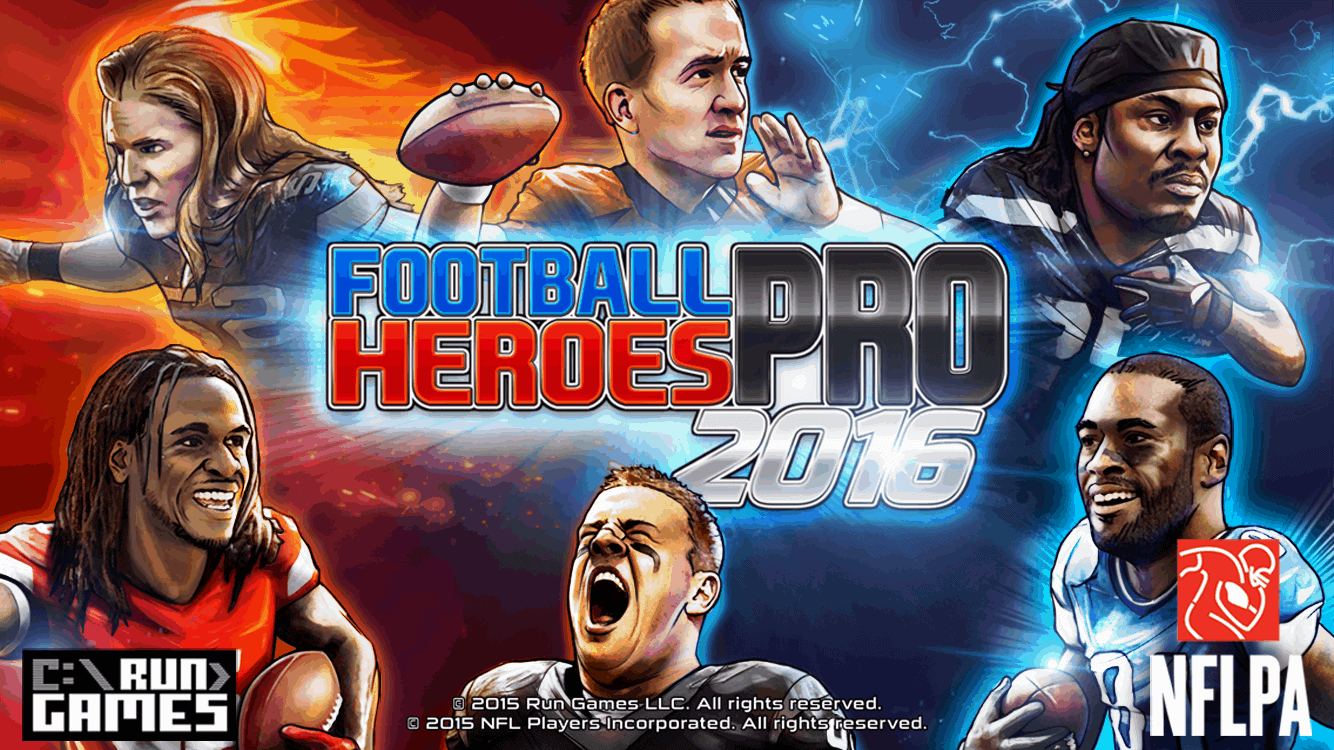 Football Heroes PRO 2016 is more of an arcade game for football players. Also allowing you to play in online leagues against other players from around the world. The game includes over 1800 active NFL players, and is sponsored by the NFLPA. You can use whatever player you like to go and run the ball back to the end-zone for 6 points. 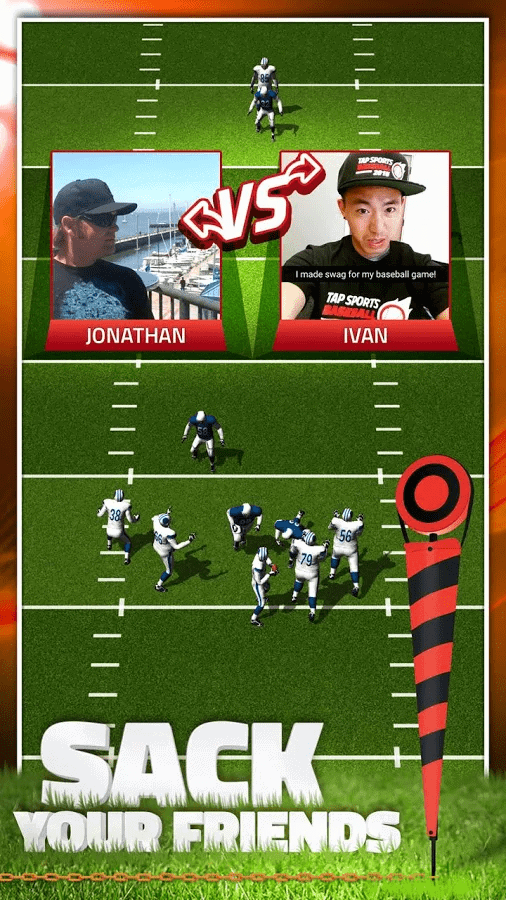 In TAP SPORTS FOOTBALL you are able to create your own team and compete against other players – so obviously you will need an internet connection to play against others. Winning games nets you more gold which can be used to buy different things from within the game. TAP SPORTS FOOTBALL also does one-hand controls, allowing you to easily play the game in portrait rather than landscape. 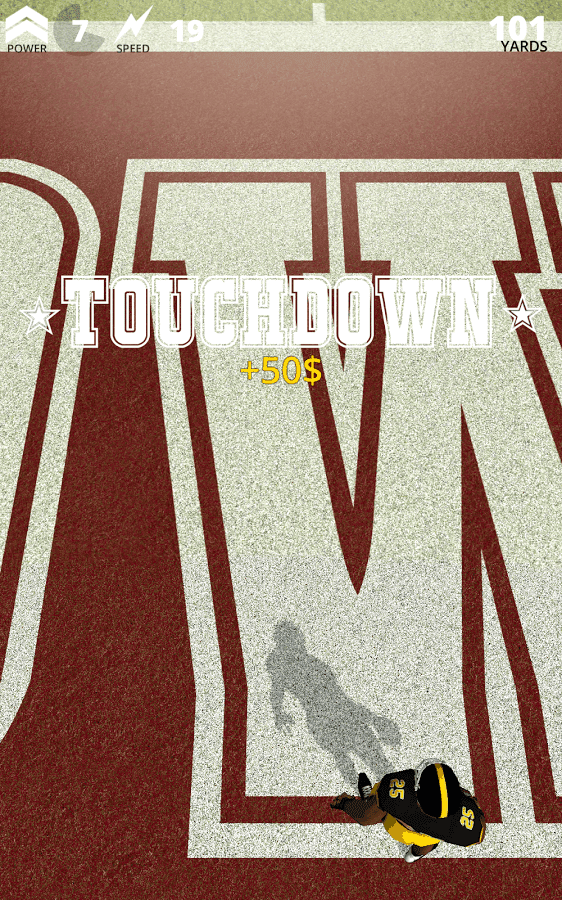 With Touchdown: Gridiron Football, you are playing as a quarterback, and only a quarterback. Here you can workout to improve your skills and eventually drive down the field and lead your team to a last minute win and even a championship victory. Starting a game each day will raise your daily earnings as well, allowing you to increase your abilities. 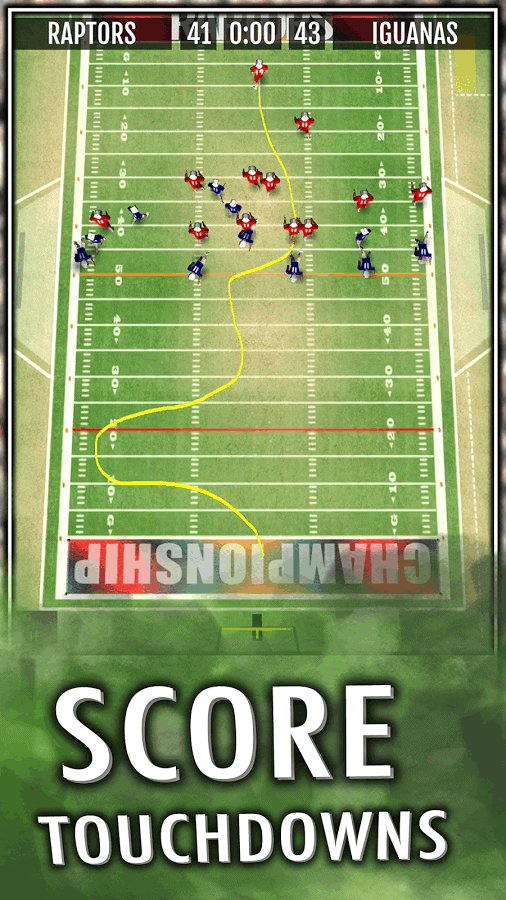 In this game, you’ll be able to play as Ted Ginn who is from Ohio. You can tip-toe down the sideline to the endzone, as well as return the kick off. Ted Ginn plays for the Carolina Panthers and will be in the Super Bowl this Sunday. The game will save video replays which you can then share with your friends, showing them the type of skills you have. 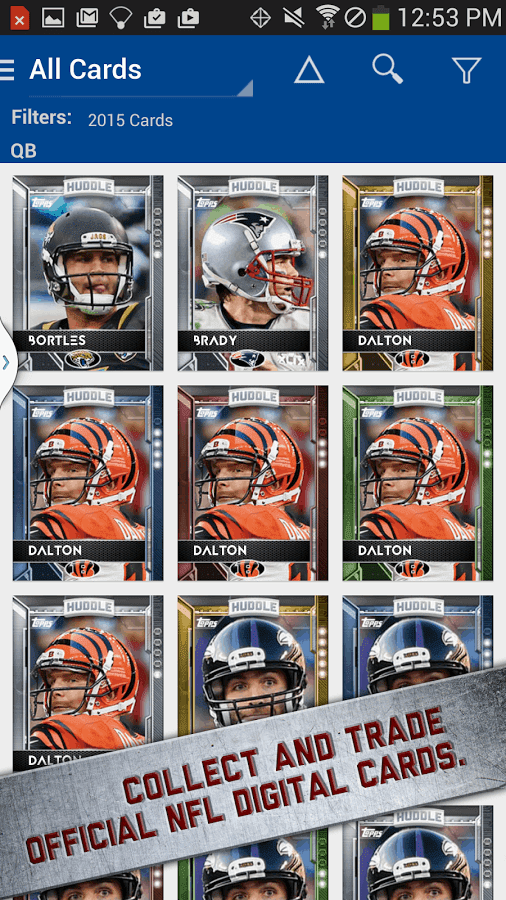 If you remember collecting cards, then you’re going to love this game from Topps. The company that brought a number of these cards to market. NFL Huddle allows you to collect and trade NFL cards for different players that are both playing right now and played in the past. You can rip open new packs every day and see what you’ve got in that new pack. Maybe a JJ Watt, or Calvin Johnson is in there. 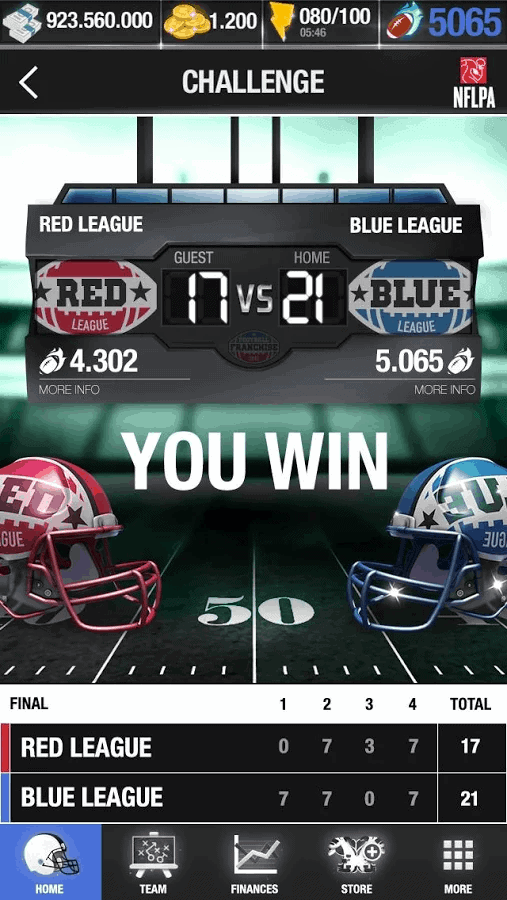 This is another game where you can manage your favorite team or create your own. It features the current crop of NFL players, and is also endorsed by the NFL Players Association. You can get some power-ups and enhancements to help your players get through the grind of the NFL season. There are in-app purchases in this one, ranging from $22.26 all the way up to $116.41.