One of the fundamental things you can expect is that the night will come. While for most this means bedtime, for many, this is when the fun begins and the night sky reveals all of its secrets. Whether you are new to astronomy or a veteran gazer, there are a number of Android apps which can help to provide you with a detailed level of information on what is out there. To help introduce you to the apps on offer, below are ten astronomy based apps for Android that are worth checking out. 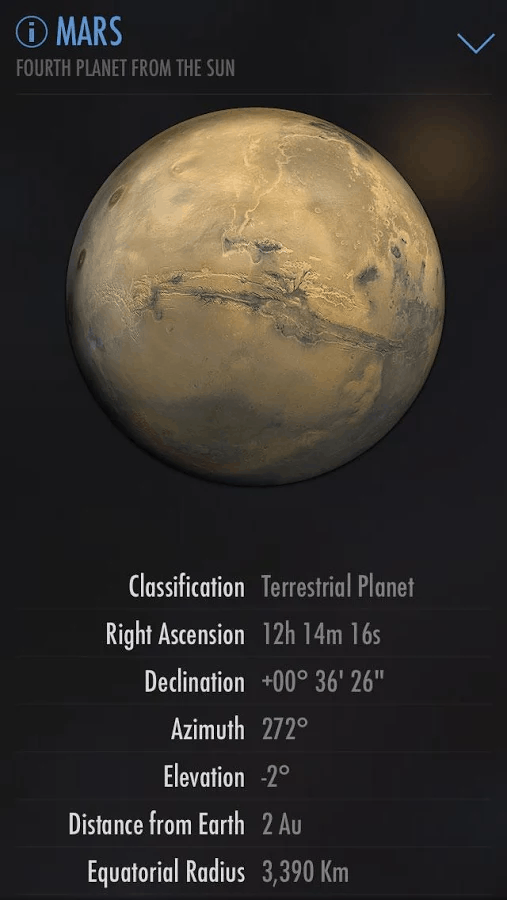 Starting off today’s list is SkyView. This is a stargazing app and one which will help to identify constellations and stars in the night sky. Once downloaded, you can simply use your camera to find and identify aspects in the sky. You can even cycle through time and see how the sky would have looked in the past and might look in the future. 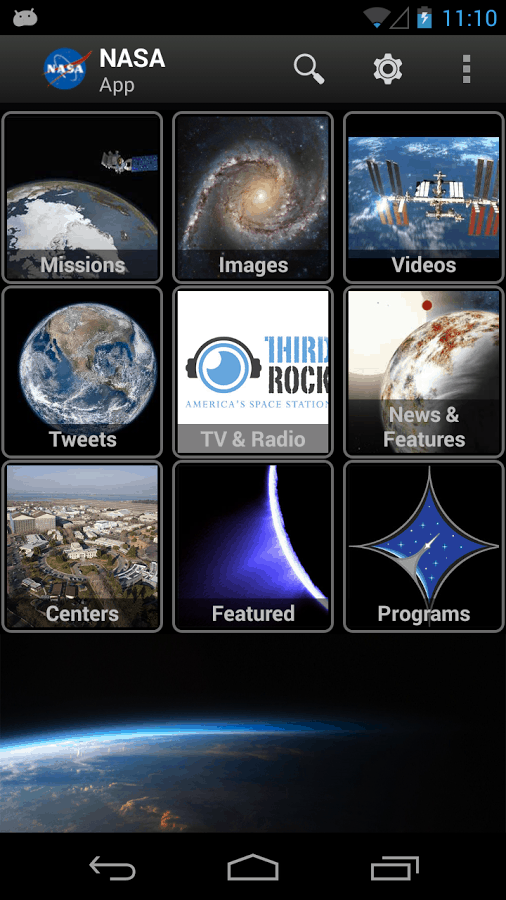 Those interested in NASA in particular, will find this to be an app worth checking out. This is the official NASA app and brings with it a large database of images as well as videos and current news emerging from NASA.

For those looking for a very technical app, then Night Sky Tools is an interesting app. This one also provided the ability to map the skies, but will also provide much more comprehensive information on what you can see. This app also makes use of a nice night mode which turns the display red for better visual acuity.

Astronomy Picture of the Day 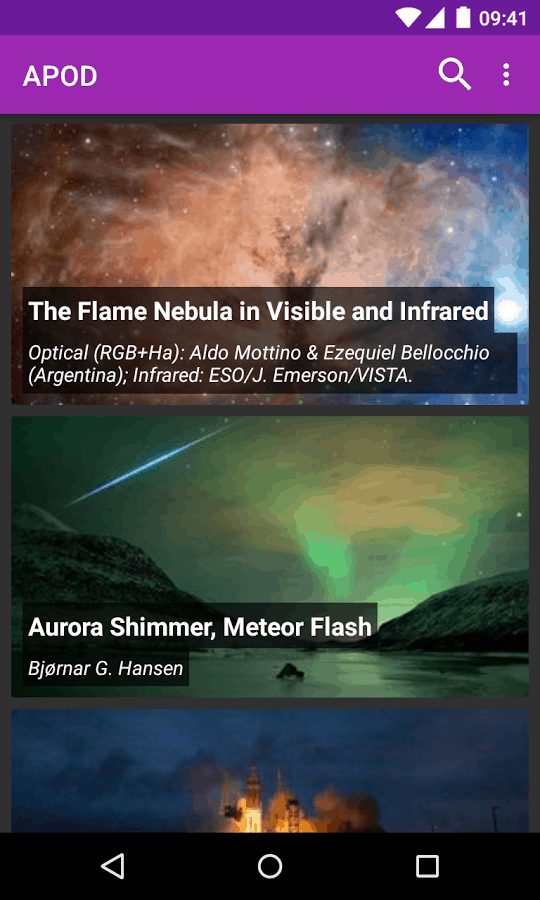 Similar to the NASA app, this one makes use of NASA-based material but in a more unofficial capacity. This is a good app for those looking for a quick daily dose of astronomy as it provides access to NASA’s APOD (Astronomy Picture of the Day) service. 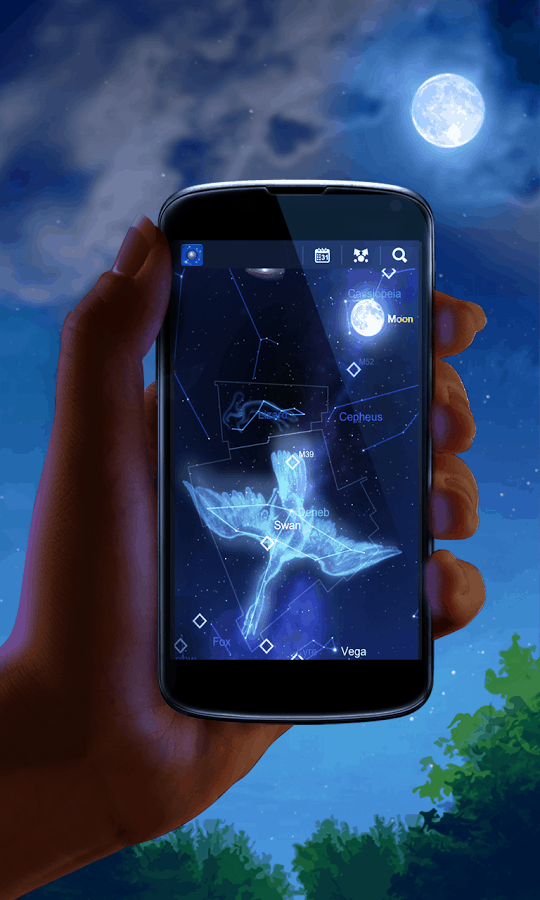 Star Chart is another stargazing app and will be ideal for those new to astronomy. Once again, this app will let you use your smartphone as a point-and-click identifier. While pointing the device down at the ground, will show you what the other side of the earth sees during the night. 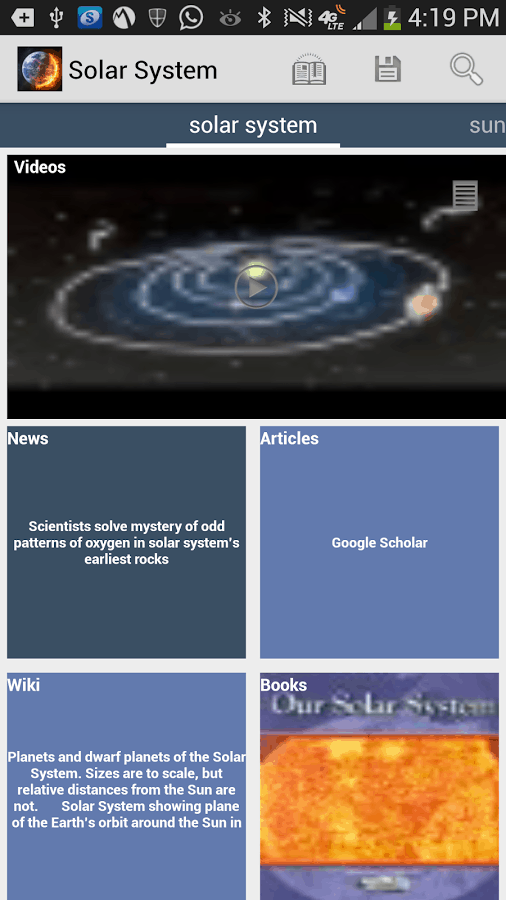 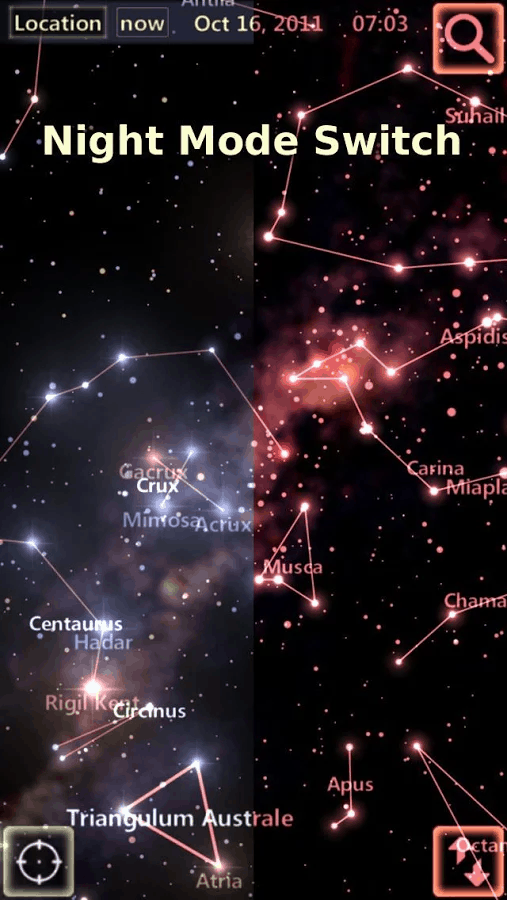 Most astronomy based apps available do look to provide some aspect of stargazing and this is another one of those apps. So whether you are looking for complete location details on star signs, constellations or any deep sky objects then this is another option worth checking out. This one also boasts the ability to be used offline with all the data accessible without a connection. 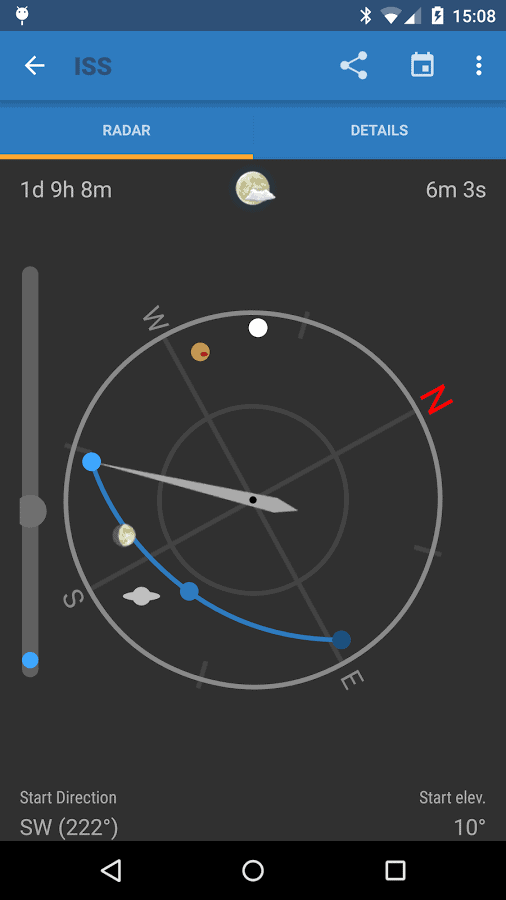 The International Space Station (ISS) is in constant orbit and is an excellent resource for observations from space. While most of us will never get the chance to see the view from the ISS, this app will let you know where the ISS currently is in the sky and will even send you a notification when it is due to pass your location. 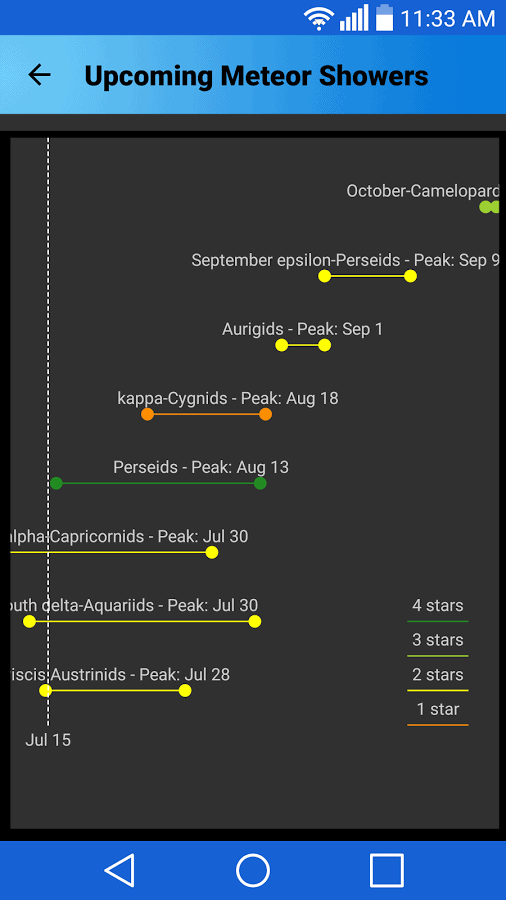 Meteors are always passing by Earth and sometimes provide some of the most awesome scenes when a meteor shower is in effect. This app looks to make sure that you never miss the opportunity to see a passing meteor again. Like the last app, as well as telling you when to expect, this one will also provide you with notifications so you are reminded when to look. 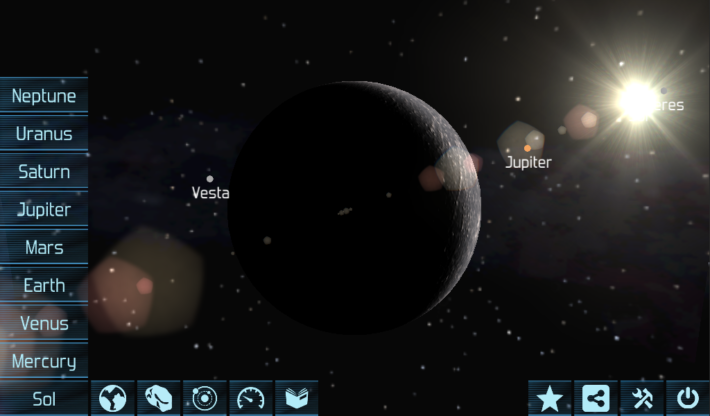 If you would much rather check out space without having to actually look out and up at the night sky, then Solar System Explorer 3D looks to provide you with a HD view of our solar system. Content is created using images pulled from NASA as well as telescope capturing and as such, is designed to be as informative and realistic as possible.