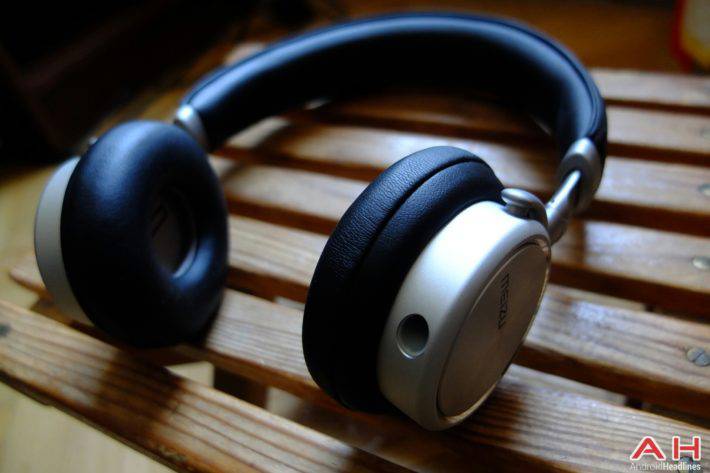 Meizu is one of the fastest-growing smartphone manufacturers in the world at the moment. This China-based company has managed to sell 4.4 million smartphones in 2014, and in 2015 they sold 20 million units. They're making extremely well built, well performing and quite affordable devices, so you get a high quality and yet affordable handset in the end. Meizu PRO 5 is an excellent example, this phablet is actually Meizu's latest flagship handset, and we were very impressed with it during our testing. If you'd like to check out our full review, click here. That being said, Meizu might be one of the fastest-growing smartphone manufacturers now, but this company actually started off as an audio component manufacturer. The company was initially manufacturing MP3, and later MP4 players, before they switched focus to the smartphone industry. Meizu definitely has experience when it comes to audio equipment, and we're here to take a look at their latest product, the Meizu HD50 headphones. 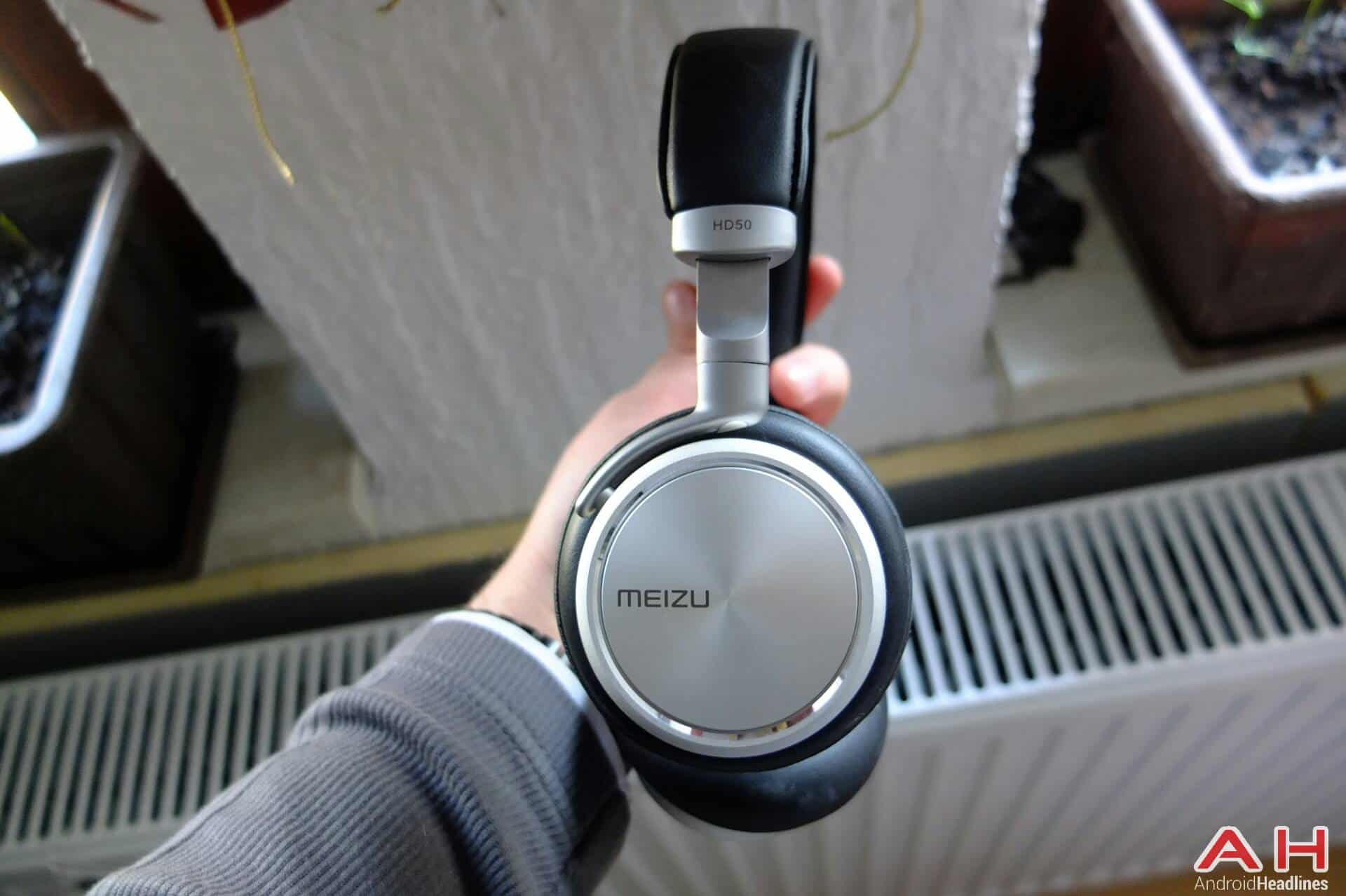 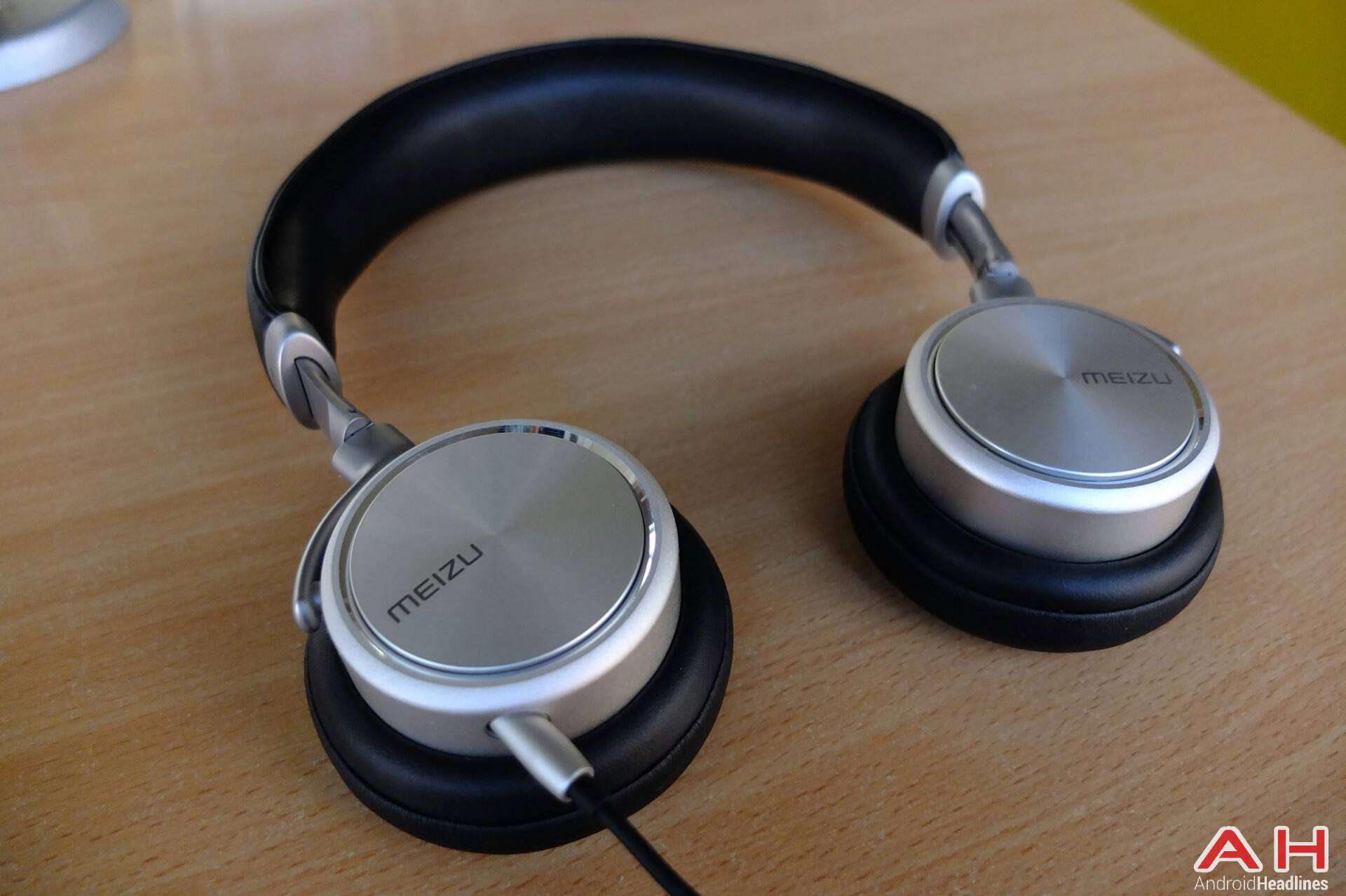 The moment I took these headphones out of the box I was quite smitten with the looks, though they really do resemble Bang & Olufsan BeoPlay H6 Headphones, maybe even too much (UPDATE: The two headphones were designed by the same designer hence the similarity. Meizu has reached out to confirm this). Either way, these sure are really sleek looking headphones, and the build is really great as well. These headphones are made out of metal and leather, and we're talking quality materials here. The Metal is brushed in places, and attention to detail is quite great as well. The headphones are available in two color options, black and white, which are the colors of leather used to cover part of the metal. The ear cups on these headphones are made out of leather, and the upper part of the headphones which will cover your head is covered with leather as well. Keep in mind that the earcups are quite comfortable and soft, I didn't have any issues using these headphones for longer periods of time.

The headphones are adaptable, you can pull out the sides if you need to adjust their size, though keep in mind that the smallest setting might still be too big for some people. I let my girlfriend try these on, and they were a tad bit big for her. Now, the Meizu HD50 headphones do fit well on your head, but their grip isn't all that great, so they're definitely not suited for running or anything of the sort. Don't get me wrong, they won't fall off on their own while you're walking, but they definitely would during a running session. These are wired headphones, so you'll get a cable along with them. Meizu was kind enough to include a 1.2m of cable, so it should be long enough for pretty much everyone. Now, keep in mind that the cable can be detached from the headphones, as you can see in the images down below. We've also received some Hi-Fi stereo adapter in the package, but we're not sure if the retail packaging contains those as well, but it probably does. On the cable, you'll notice a couple of small buttons which are used for music control, as well as answering phone calls. The middle button will answer a call for you, while the buttons on the side will either switch songs or increase / decrease volume, depending on your actions. 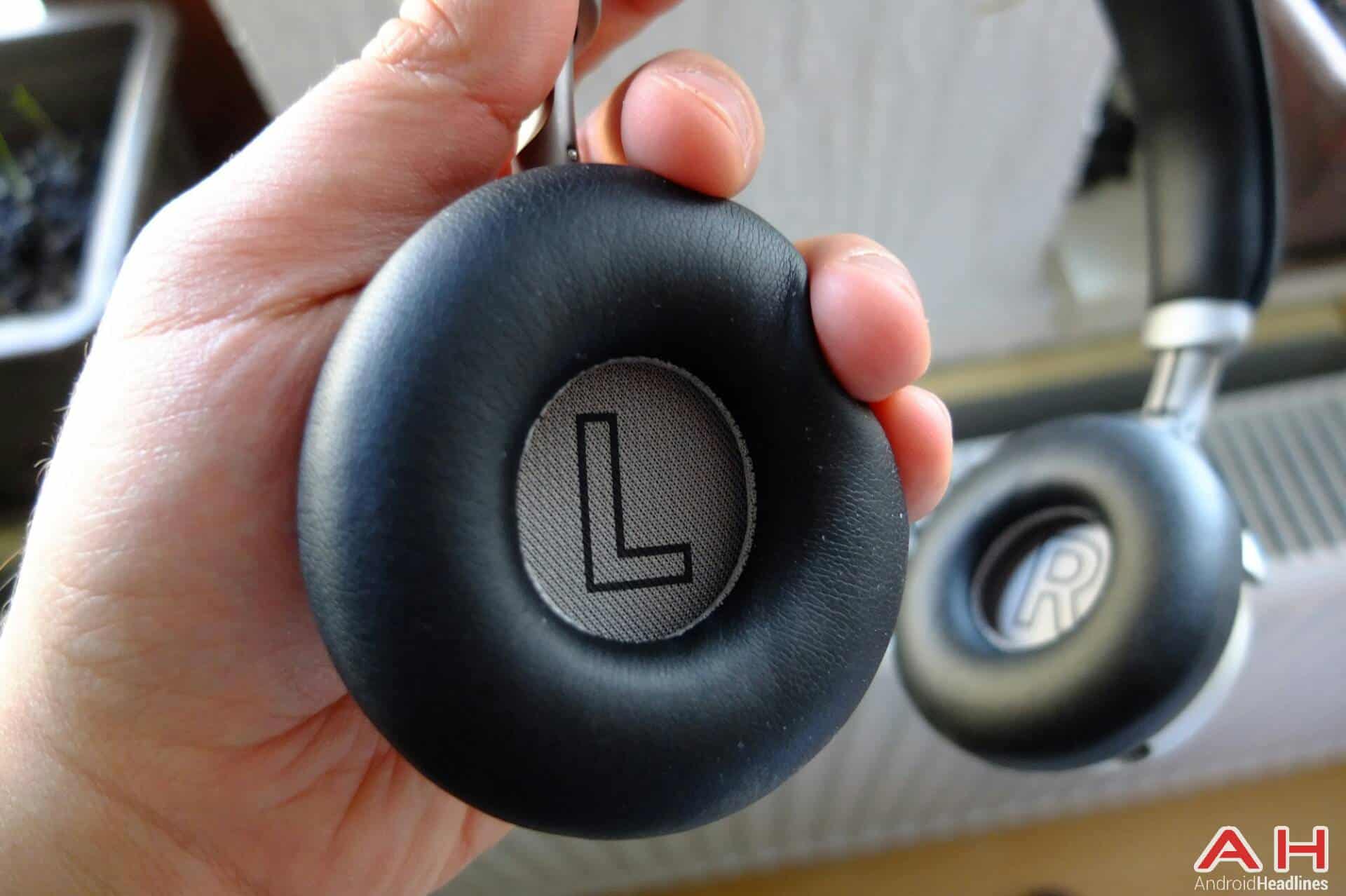 As I've mentioned in the first paragraph of this article, Meizu actually started off as an MP3 manufacturer, so they have plenty of experience in that department. I did expect the sound to be okay, but I didn't have high hopes for these headphones as far as audio output goes, mainly because of their price. Well, I'm really glad to say that I was wrong, the Meizu HD50 headphones actually provide an above average sound output, Meizu did a really good job here.

First and foremost, it's worth mentioning that these are wired headphones, which is always an advantage when it comes to sound quality. The headphones have 32ohms impedance, and 20~20KHz frequency response. They're very well equipped as far as audio internals go, and it's not exactly that surprising they offer quality sound output. The sound is quite clear and loud, though it tends to be somewhat bassy. Don't get me wrong though, it's not too bassy, at least not for my taste, though I do appreciate some bass.

I've fired up all sorts of music in order to test the sound range Meizu HD50 can produce, and as mentioned in the previous paragraph, I was impressed. No matter if we're talking 'bout old rock from the 70s & 80s, funk, blues or something far more modern, Meizu HD50 managed to pull it off. To give you some examples, Livin' On A Prayer by Bon Jovi sounded great on these headphones, but if you listen to something like 'Storm' by Lifehouse, you will notice that the main vocal could be slightly better pronounced, or should I say crisper and warmer at the same time. Don't get me wrong though, the song sounded great overall, but this is just something I noticed in some songs with no (or very little) music in the background. Eminem's 'Slim Shady' sounded great, the song was well balanced and I didn't notice any distortions, and same can be said about 'Hello' by Adele. Some headphones tend to interpret Adele's songs poorly due to her specific vocal, but Meizu HD50 did a really good job. The headphones didn't muffle Adele, but she didn't sound out of place either, the song was a joy to listen to actually. During my testing, I did notice some slight graininess, but it was so slight that it's not even worth mentioning.

Now, as for the microphone, it's also very good. I was constantly talking to people from my phone (voice calls), and also conducted a number of video calls via Hangouts. During my testing, I didn't hear a single complaint regarding sound output, so I decided to take my chances on the other end of the line. After I did that, I noticed that the microphone is actually quite capable, which is definitely a plus, if you intend on using it at all, of course. 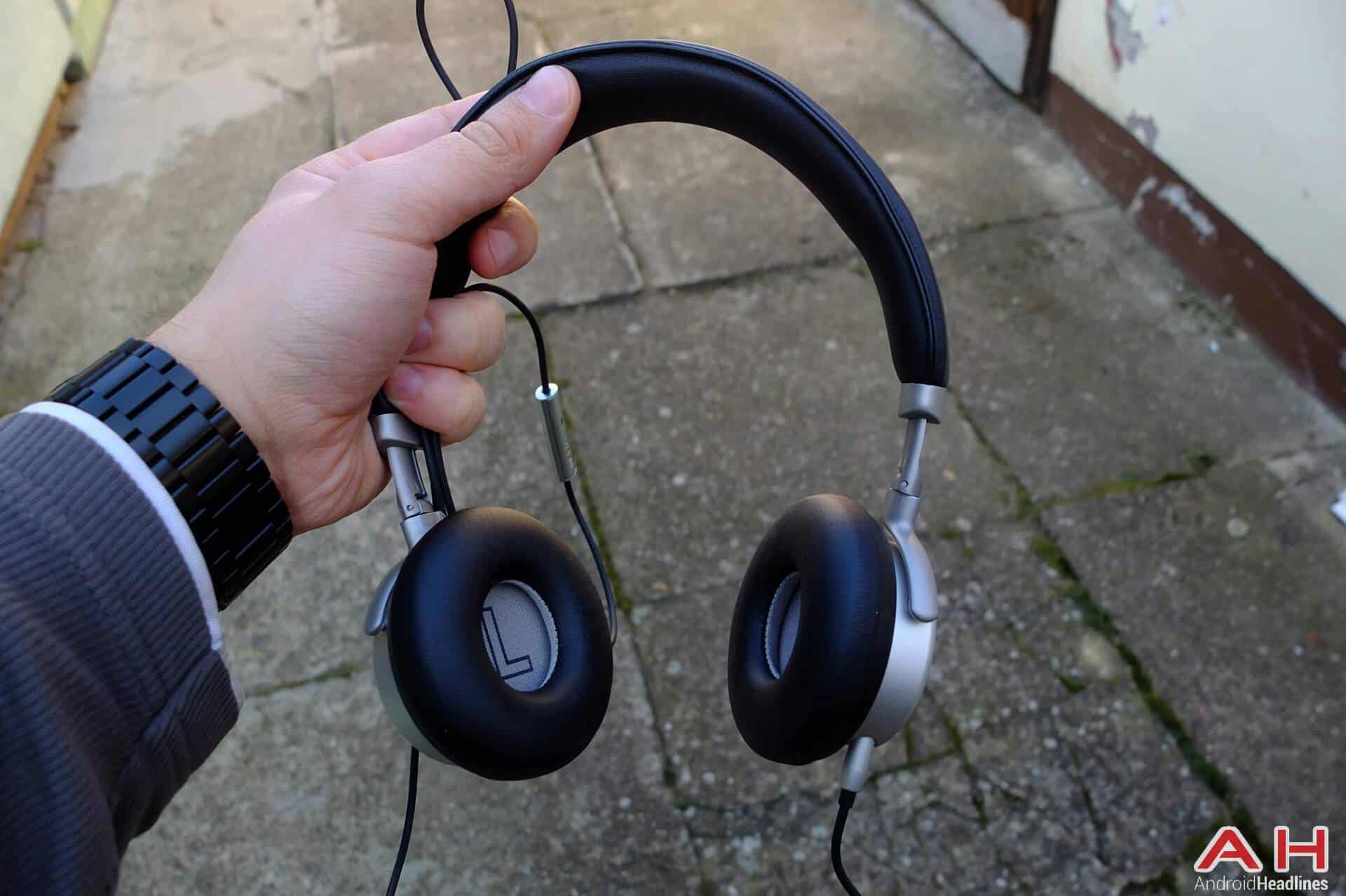 What is there left to say? Well, let me just say that these headphones are definitely worth the $60 price tag. The build quality is great, the headphones are very comfortable to wear for longer periods of time, the sound output is very good, as is the sound input. Truth be told, I've used significantly better headphones, but all those products are quite a bit more expensive than Meizu HD50, which makes these headphones a great choice if you're not looking to break the bank.