On top of the SMS integration, it appears that Facebook is also looking to add the ability to use multiple accounts. Something that Facebook-owned Instagram just rolled out to their iOS and Android apps this week. This is great for those that have multiple Facebook accounts, allowing you to easily communicate with people through either account. The Messenger app also appears to be using a blue action bar at the top. With the rest of the app being white, it definitely fits in with Facebook’s colors, and looks good nonetheless. The status bar also gets tinted blue, to immerse you within the app. According to reports, there is another variant running around where the bottom bar in the message screen is in blue.

Lots of changes being tested right now in the Facebook Messenger app. Some of these might make it to everyone, many of these likely won’t, that’s just how A/B testing goes unfortunately. Hopefully we’ll see an update with these new material design elements rolling out soon. 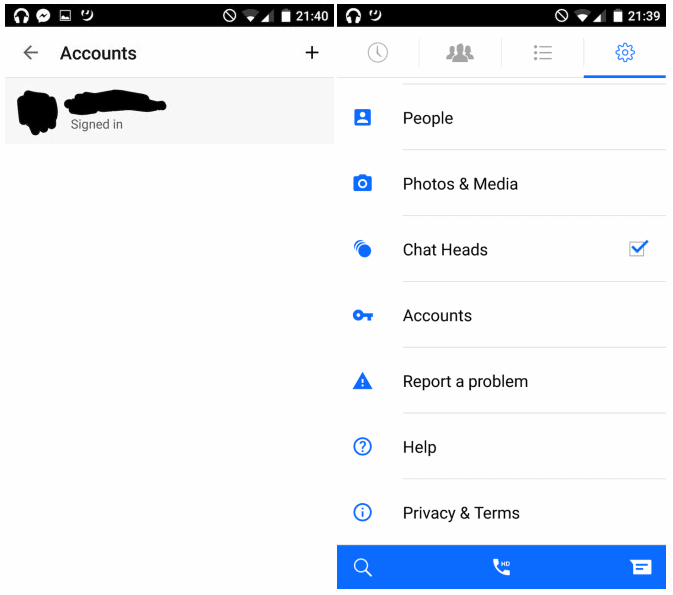 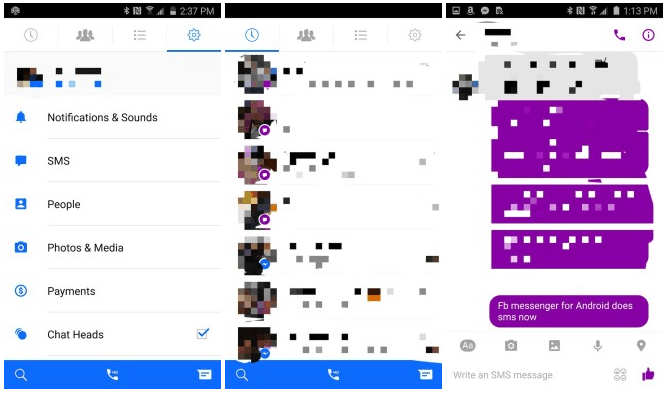 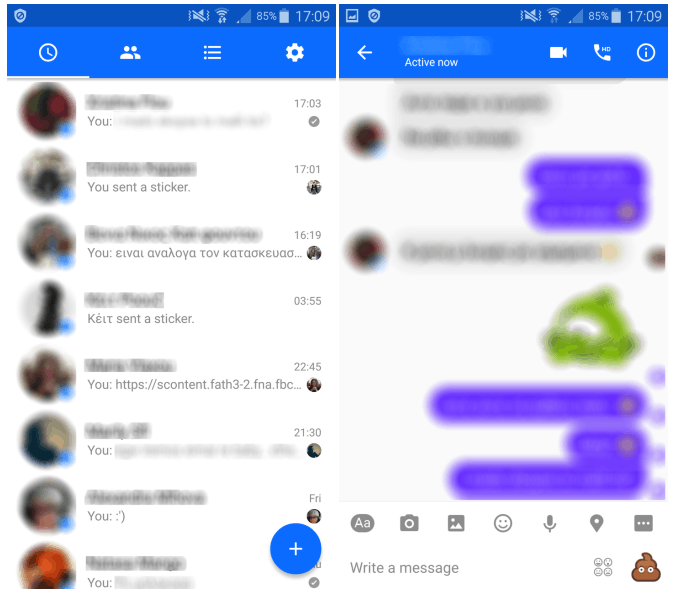