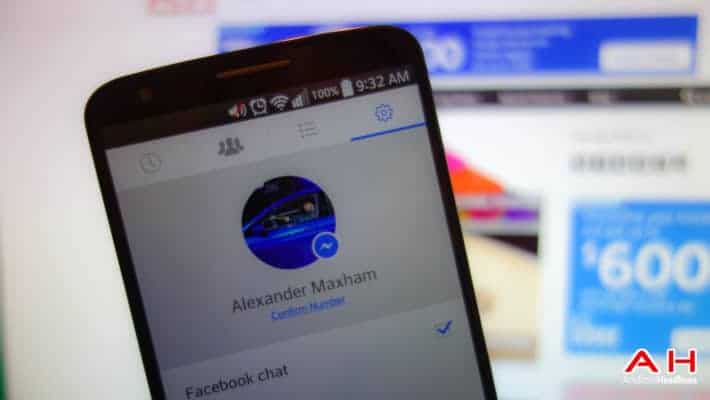 Facebook, unlike Twitter, seems to be in excellent health and where the latter has failed to find new features to keep people entertained, Facebook seems to have mastered just that over the past couple of years. Their approach to keeping the main app as light as possible might not have worked all well for them recently, but giving users a standalone Messenger app seems to have worked well for them in the past. The same can be said for the introduction of video ads and such, often crushing viewership numbers from the same video on YouTube. Now though, it appears like Facebook is looking to monetize the Messenger app in a way that's become pretty controversial as of late; ads.

According to a leaked document obtained, but not released by TechCrunch the blue network plans on rolling out ads sometime during Q2 of this year. The document appears to have been sent to a number of influential advertizing partners of Facebook's. The idea being that businesses and brands can send users ads should they already have a thread open between each other. The leaked document goes on to advice businesses to get as many users to open threads with the brands, presumably to maximize the feature at launch. These don't seem like ads in the traditional sense of untargeted banner ads as we've become familiar with online, but rather promotional codes or notifications of an upcoming sale, etc. Regardless, this does seem to contrast with the recent announcement that Facebook-owned WhatsApp wouldn't be turning to ads. Having said that, the announcement from WhatsApp did hint that the service would turn to customer service and such to find revenue without resorting to ads.

Ads have become a controversial topic already this year, and 2015 ended on a note that caused many in the industry to worry, as ad-blocking was adopted by Apple and a number of browsers on Android and other platforms. Sending promotional messages and such doesn't seem like advertizing in the traditional sense, but if Facebook can charge these companies some sort of fee, then it could become a source of revenue all the same. Right now, there's no official word from Facebook, but an announcement could be in the works for a little later this year.