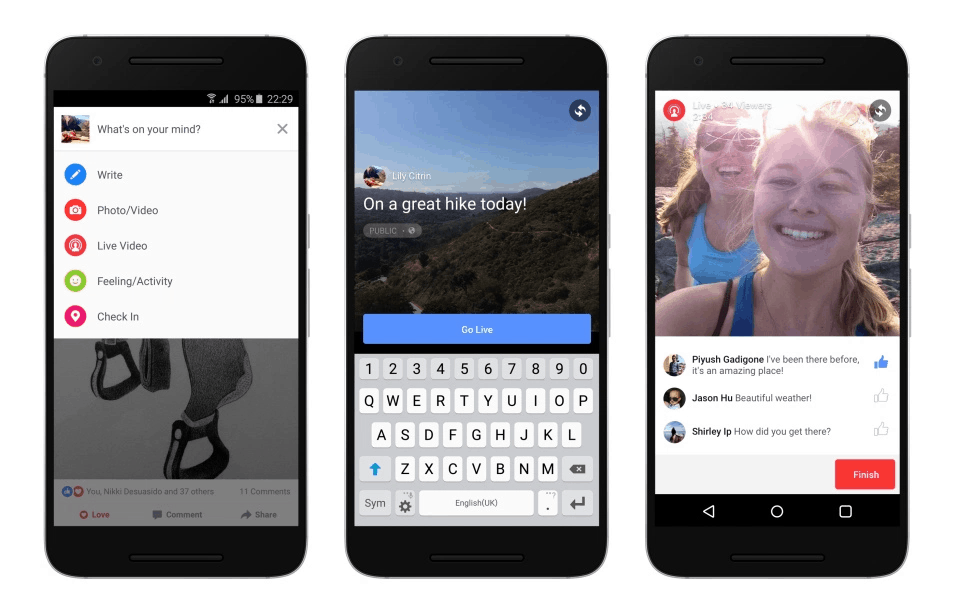 Despite the fact that YouTube has long been the Internet's number one destination for video, there are numerous other services around and Facebook and Twitter have been pushing for their own piece of the pie for some time now. Twitter famously put Meerkat all but out of business with the launch of their live streaming platform, Periscope, and Facebook have stealing views from YouTube for a while now. Facebook's live streaming option, dubbed Facebook Live, has been available for iOS users for some time, but now it's finally coming to Android, as the blue network announced on their official blog today.

To be clear, Android users have long had the ability to watch these live videos, but they weren't able to create their own. This changes today as an update will be rolling out throughout next week that will allow Android users to start their own live broadcasts from within the app. When users do so, they'll be able to do so in the same manner as a simple status update, and while you might not think Facebook is the best place for live video, the social network has some interesting stats to share. In their blog post, they noted that Facebook viewers were watching live videos for three times longer than those that aren't broadcasted live. They also noted that Android users were already part of the party, with more than 50% of people watching live videos watching from an Android device. This is perhaps not surprising, given the amount of Android devices out there these days.

It's often something of a head-scratcher as to why companies like Facebook continue to launch big features on iOS before Android. In the case of smaller teams, it's often a simple case of not having the experience, but a company like Facebook should really have feature parity across the two most-used mobile platforms, especially given the above statistic. Regardless, this has been a bigger week than we'd have expected for Facebook, the firm rolled out their new 'Reactions' to more users and Mark Zuckerberg himself made a big appearance during the recent launch of Samsung's new Galaxy S7 and Galaxy S7 Edge smartphones.