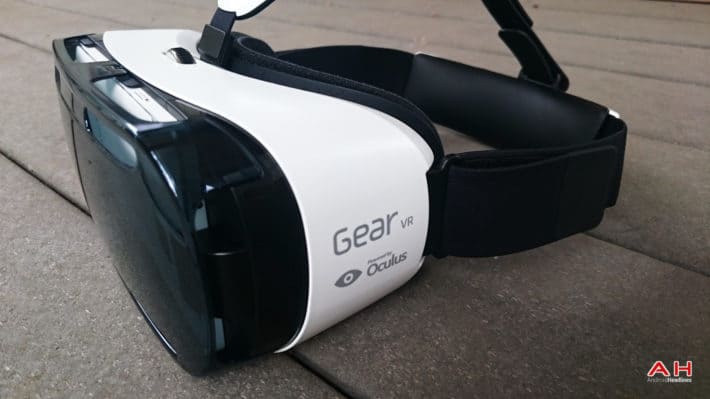 Facebook, owner of the Oculus VR platform, recently asked Samsung for 8,000 of their own VR units, the smartphone-centric Gear VR. A Cardboard-esque antithesis to the Oculus' high price and system requirements, the Gear VR is made to function hand in hand with Samsung's smartphones and provides as close to a premium VR experience as possible at a fairly low price, costing only a fraction of the high-end HTC Vive and Oculus. Facebook CEO Mark Zuckerberg made the announcement at the Mobile World Congress in Barcelona, where he met with key Samsung execs like mobile communications chief Koh Dong-Jin. With Oculus having partnered with Samsung to help create the Gear VR, Facebook ordering reference units for development is the next logical step in the partnership.

According to Zuckerberg, the plan at this time is to give 3,000 of the units to developers and 5,000 units to other employees for testing and daily use. Although Facebook owns Oculus and will mainly develop VR content on that platform, the reality is that you can't be a content leader for a format by only producing for one platform. That said, Facebook plans to develop content for the Gear VR in the future, which will likely be compatible with similar platforms such as Durvois Dive and Google Cardboard. Between helping to develop the Gear VR's hardware and now snapping up over a billion Korean won in hardware reference units to develop software with, Facebook is positioning themselves to be a prime contender in the VR space.

The two companies have been developing in concert for some time to bring VR to the forefront in what they hope is a way that competitors will not be able to match. Zuckerberg stated that this partnership should yield at least 200 different games and apps, mostly focused around Facebook's services. VR's potential as a platform for everything from gaming to social applications was a huge motivator for Facebook to buy up Oculus and make their entry into the space in the first places and remains a core motivator. Zuckerberg said, "…VR has become the most social tool through which people share experiences." , and confirmed that Facebook "…will further develop VR in concert with Samsung Electronics."