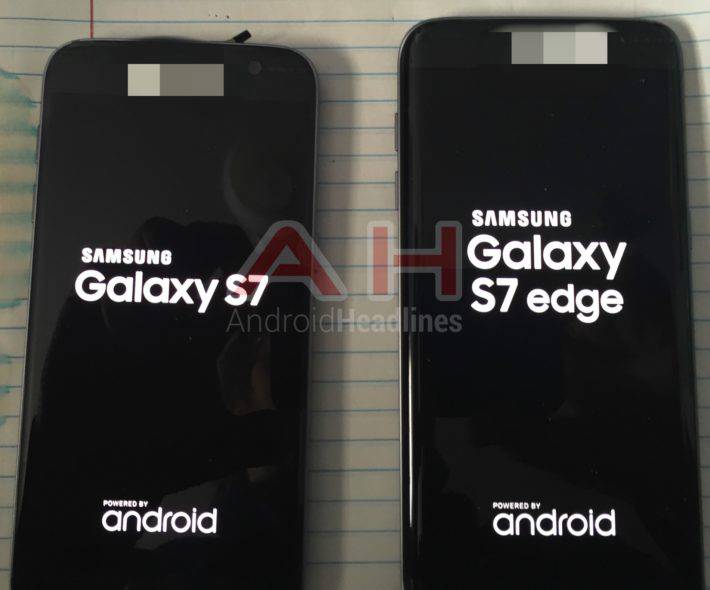 Samsung has an event scheduled for February 21st, this Sunday, to announce the Galaxy S7 and Galaxy S7 Edge during Mobile World Congress. This hasn't stopped leaks from continually pouring out of the woodwork, and we're pretty happy to bring you an exclusive look at both the Galaxy S7 and Galaxy S7 Edge from almost every angle. We've been provided images from a source who has pre-retail units of both devices in their possession, and for very obvious reasons we won't be divulging where or how these images came to be in our possession. 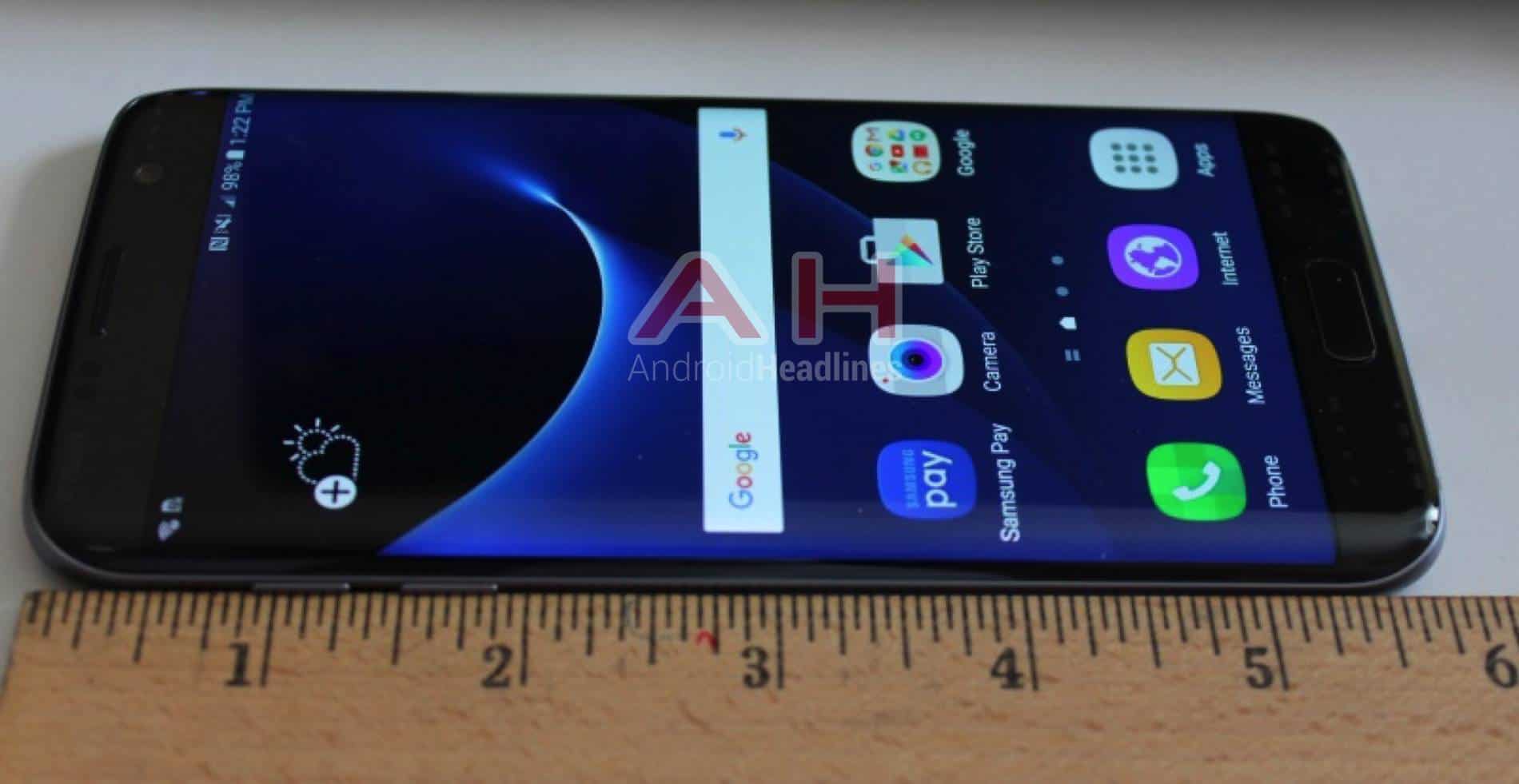 For the most part, these images confirm to us that the Galaxy S7 will be similar to last year's devices in terms of the overall look and feel, but a few of the more subtle details have now become a little clearer thanks to these images. Earlier this week, a curious new theme became available for Galaxy S devices, featuring what looked like an always-on display mode, now we can see that both of these devices will launch with such a feature. The below image serves as both a nice example of this, as well as evidence that the Galaxy S7 will still be a manageable device due to its smaller size. 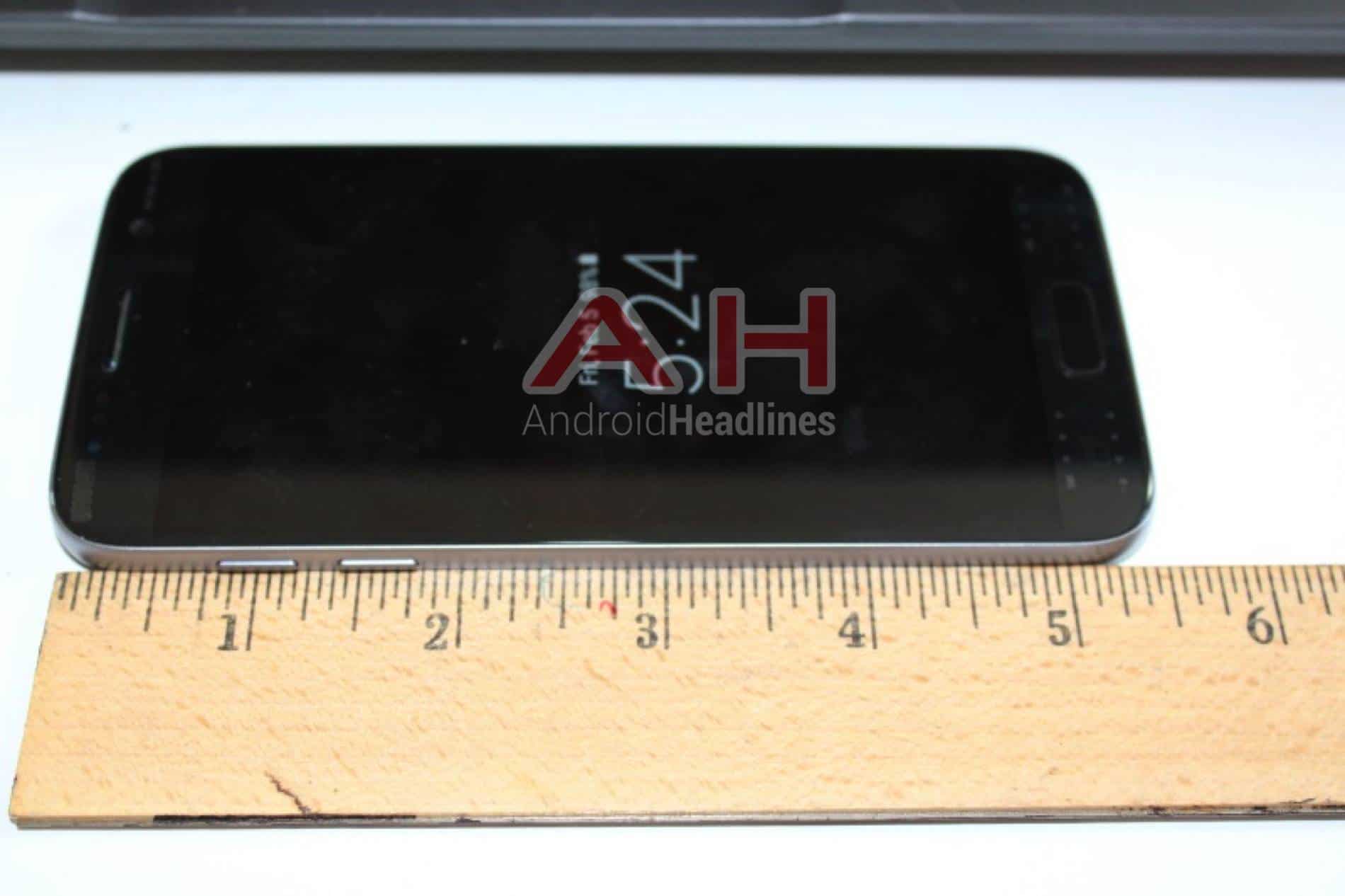 We've also been sent images of the homescreen, which show Samsung Pay prominently-featured and nestled in amongst the usual Google inclusions. As expected, the display looks nice and sharp, and clearly looks like a Quad HD panel to our eyes. Whether or not there are any further departures from last year's software is hard to tell, and our source was unable to provide any further images than these, at least at the time of writing, that is. In the below image, we can see not only a nice close up of the apps on the homescreen, but also what appear to be some more sensors, possibly to control the always-on display similar to sensors on Motorola devices? Regardless, these are something we haven't seen in previous leaks. 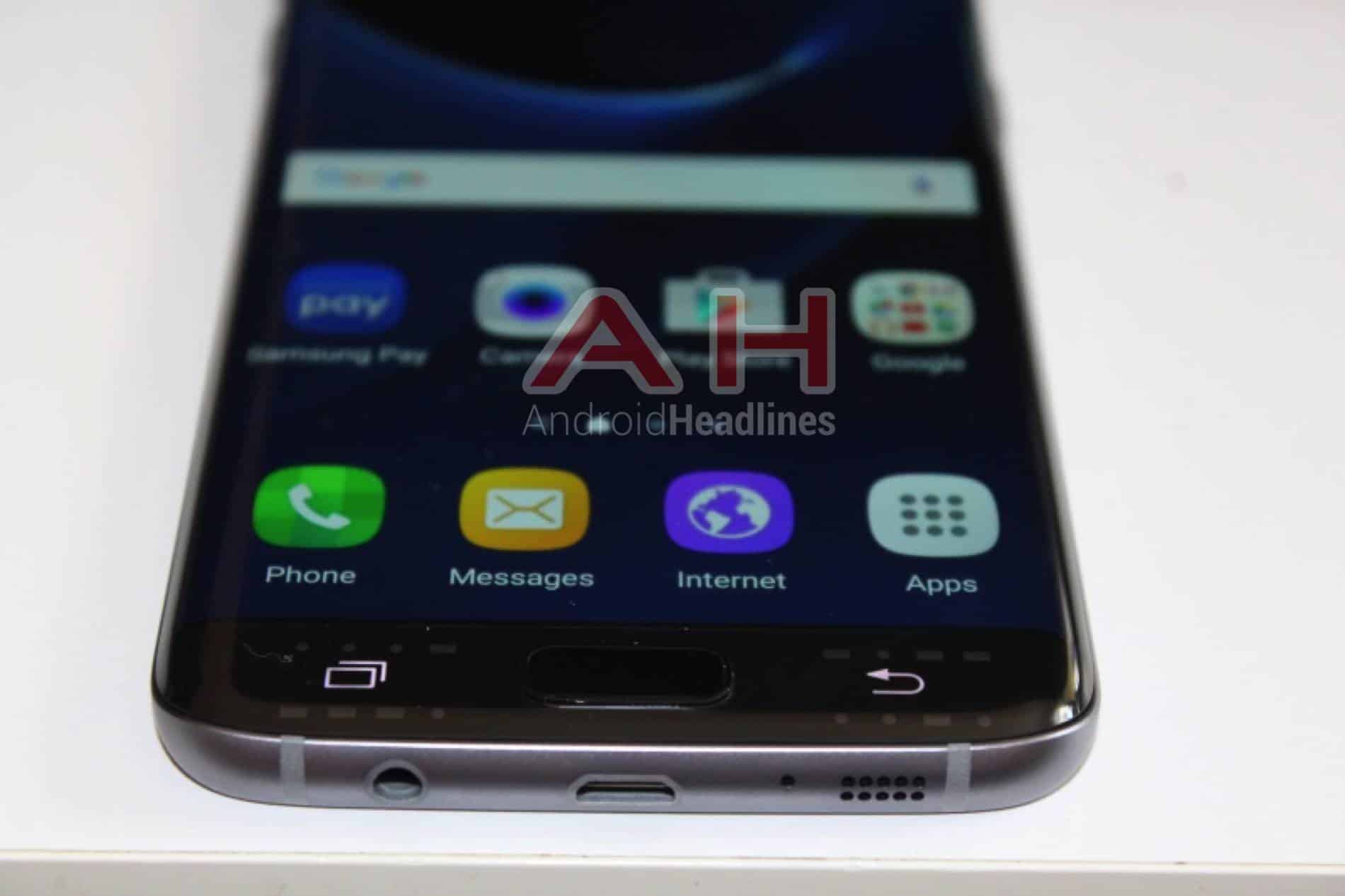 Sticking with the software angle here, we were lucky enough to be sent a close-up view of the 'About' screen from the settings menu. Unsurprisingly, we can see that Android 6.0.1 Marshmallow is onboard, but we can also make out the January 1st 2016 security update level and even the KNOX version, which appears to be 2.6 here. The Galaxy S6 launched last year with KNOX version 2.4, so there's a possibility that Samsung will have some new features to add into their security suite, but we'll have to wait and see for sure. 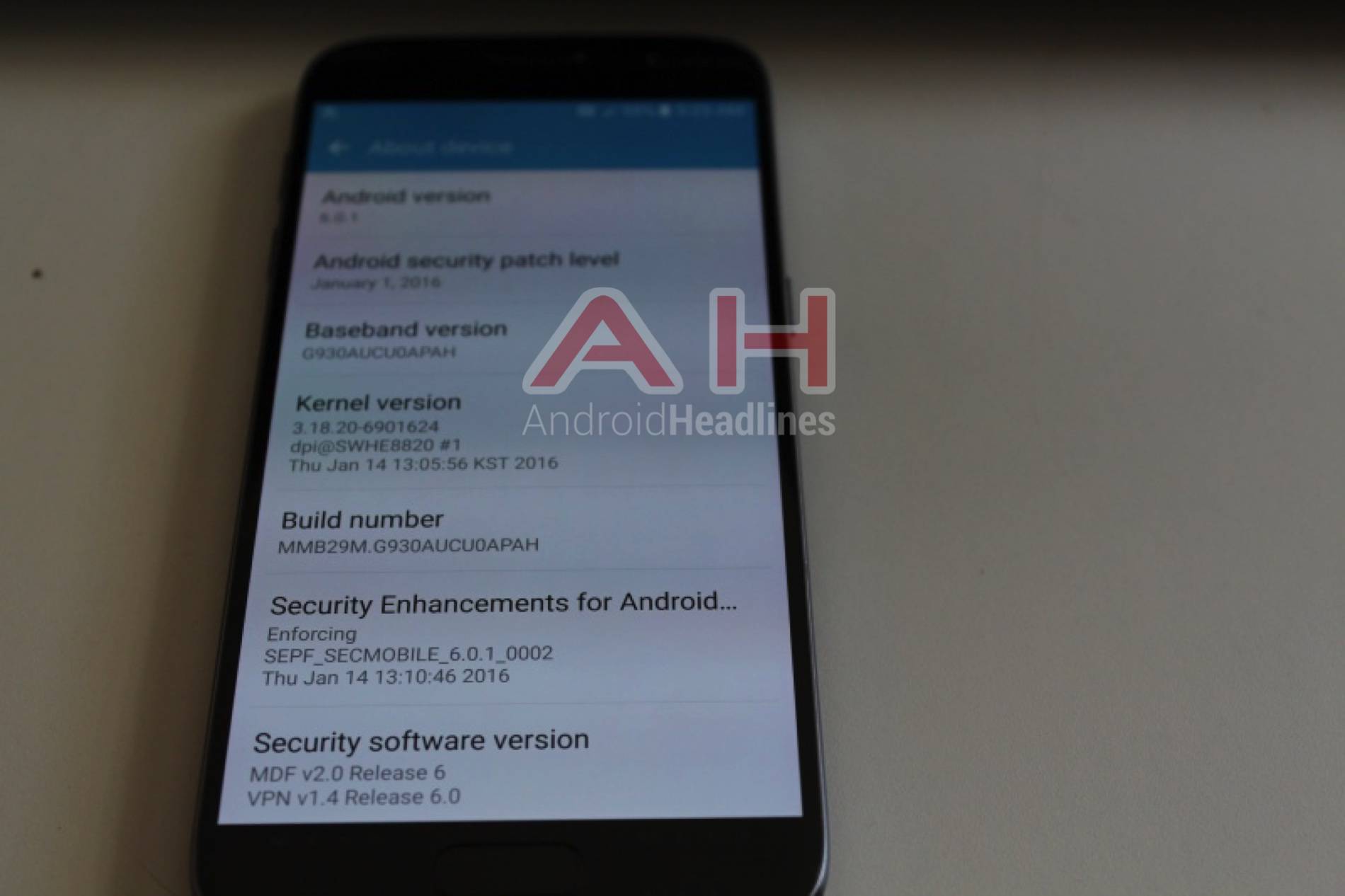 One of the heavily-speculated parts of the Galaxy S7 line of devices has been whether or not the devices would be launching with a microUSB port or a USB Type-C port. In the images that we've been provided, there are several images showing the device carrying a standard-looking microUSB port. 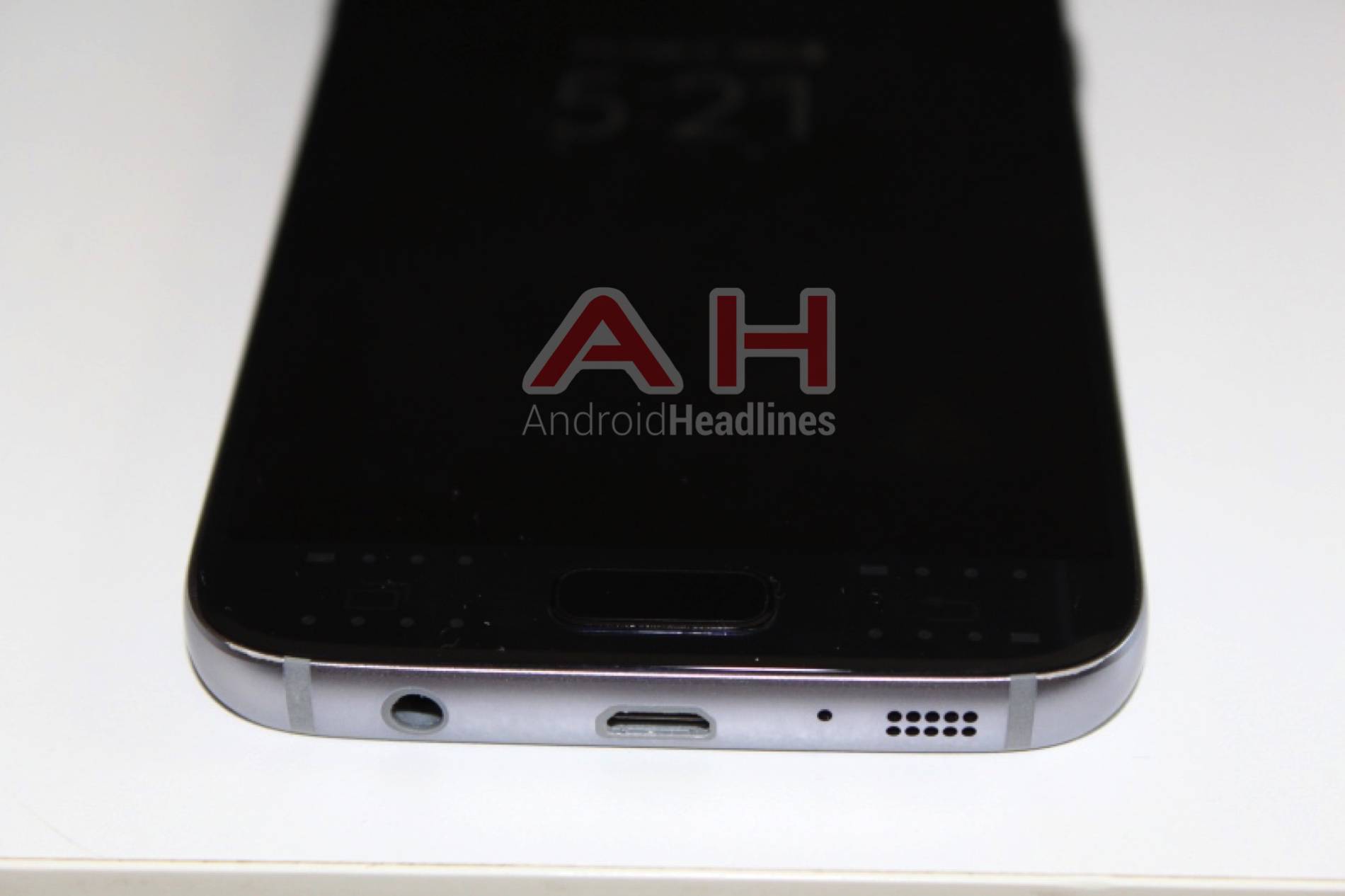 While we are unable to confirm whether or not the Galaxy S7 and Galaxy S7 Edge will be launching with a 12.1-megapixel camera, it looks as though the camera bump from around the back of the device has definitely been put on a diet, as all the rumors have been suggesting so far. It's a little hard to make out, but the camera hump isn't protruding here quite so much as it used to. 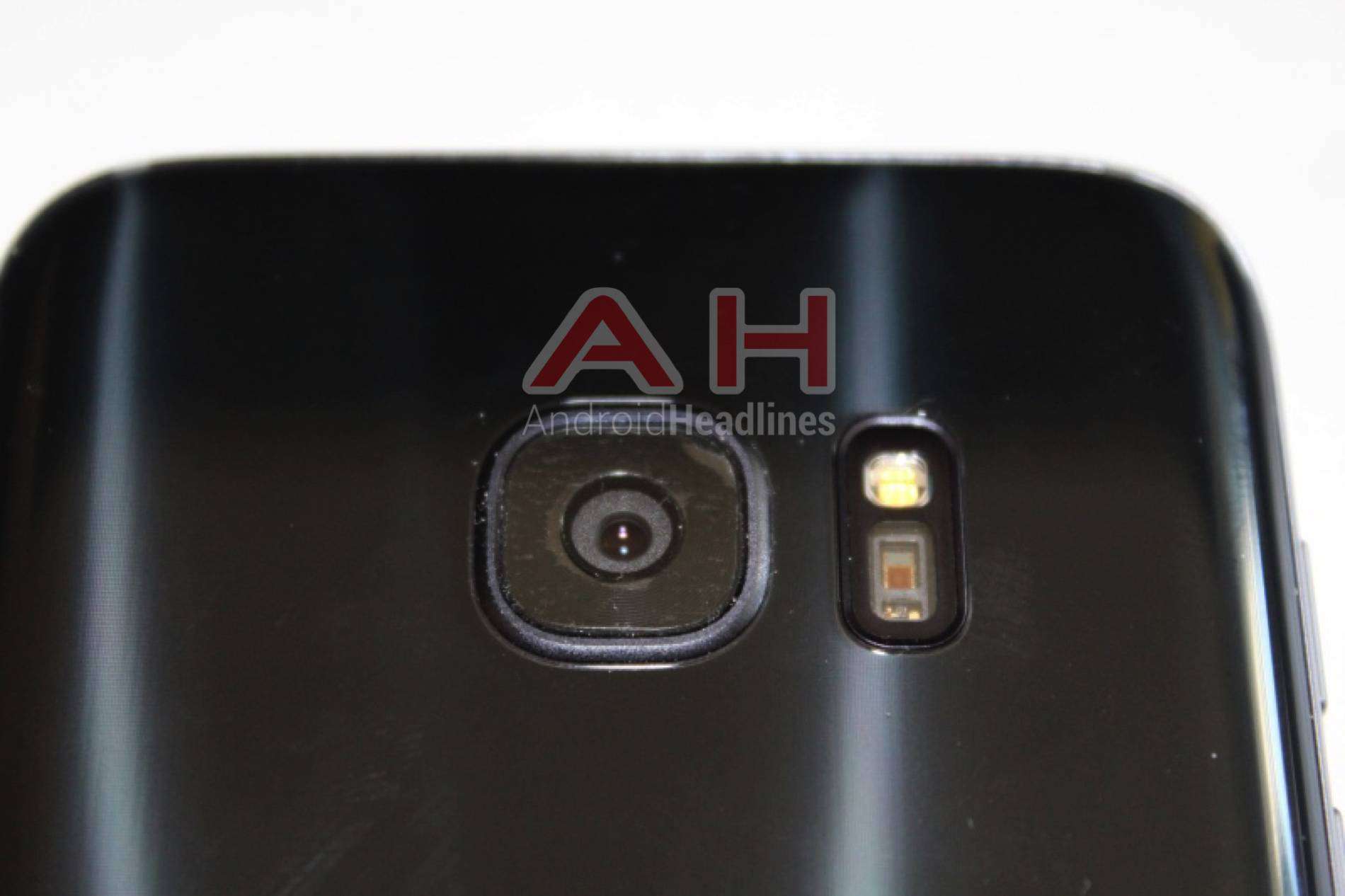 It's obviously great to get a closer-look at a device before it launches like this, but we'll still be looking forward to what Samsung has to announce this Sunday, and it's certainly going to be worth reading up on when the time comes. In the meantime, we'll leave you with a smorgasbord of photos in the gallery below.