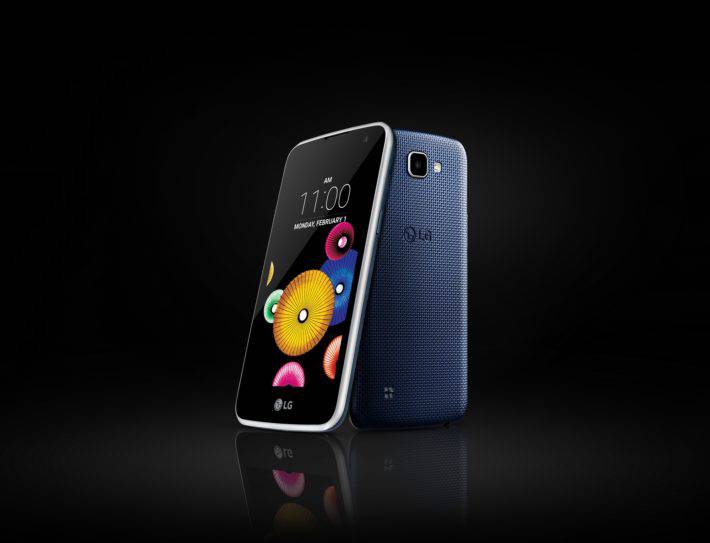 LG's latest K-Series affordable mid-ranged and entry-level smartphones are being unveiled over the past few weeks by the South Korean company. Last month, it was the turn of the K4 to be made official, and the device may very well soon head for US shores as part of Verizon's affordable offerings. While nothing's been confirmed officially as yet by either the carrier or the OEM in question, an LG handset bearing the model number LGK120AR was spotted on Verizon's database recently. Now that particular device has seemingly identical hardware specs as the K4. While the listing of the handset on Verizon's database does indicate that the carrier will soon start offering what seems to be an entry-level handset from LG, whether or not it's the K4 still remains to be seen. However, it looks like a decent bet at this point in time.

Coming to some of the hardware specs of the LG K4, the smartphone features a 4.5-inch display panel with a resolution of 854 X 480 pixels (FWVGA). The device is powered by a MediaTek MT6735M SoC and comes with just the 1 GB of RAM and only 8 GB of internal storage, although that can be expanded by up to 32 GB with the help of a microSD card. As for the imaging options, the rear-facing primary camera on the LG K4 sports a 5-megapixel sensor, while a 2-megapixel front-facing camera takes care of selfies and video chats. The device comes with LTE, Wi-Fi 802.11 b/g/n and micro USB 2.0 connectivity, runs Android 5.1 Lollipop out of the box and carries a removable 1,940 mAh battery.

Now, while there's no guarantee that the upcoming Verizon-LG smartphone will indeed be the K4, the LG K120 measures 131.9 x 66.7 mm as per an FCC listing. The K4, meanwhile, comes with dimensions of 131.9 x 66.7 x 8.9 mm. All of which provide further hints that the latest device may indeed be the K4. Either way, the South Korean OEM seems to be paying some extra attention to its mid-range and entry-level lineups of late. Over the past few weeks, the company has introduced a number of new handsets as part of its new K-Series lineup, which replaces the L-Series mid-rangers that mostly got a lukewarm response in important markets. The K4, K5, K7, K8, K10 and other such devices are part of the latest attempt from LG to try and gain a slice of the mid-range smartphone market, which is becoming an increasingly lucrative battle ground with each passing year.