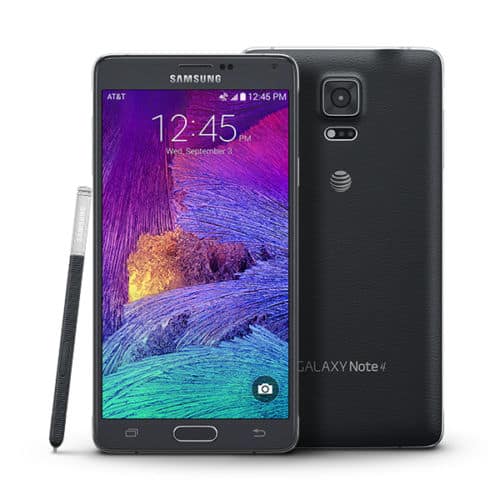 Samsung has just announced the Galaxy S7 this week, but that doesn't mean their older devices aren't any good any more. The Galaxy Note 4 is getting to be almost two years old, however it is still a great smartphone and keeps up with the latest and greatest smartphones available today. It also has a 5.7-inch 2560×1600 resolution display, the Snapdragon 805 processor, 3GB of RAM and 32GB of storage. It's also powered by a pretty powerful 3200mAh. It is also the latest Galaxy Note device – and Samsung device in general – that features a removable back, removable battery and a microSD card slot (although the Galaxy S7 and Galaxy S7 Edge do feature a microSD card slot now).

This Galaxy Note 4 is for Verizon, however it is unlocked and does feature GSM bands so that you can use it on T-Mobile and AT&T without any issues. Of course it will work on Verizon, as you'd expect, however it won't work on Sprint due to the bands it uses compared to Verizon. this listing does allow you to buy the AT&T version as well, if you happen to prefer that over Verizon. It's available in both black and white, at the time of writing this.

Advertisement
Samsung Galaxy Note 4
Trusted By Millions
Independent, Expert Android News You Can Trust, Since 2010
Publishing More Android Than Anyone Else
18
Today
64
This Week
64
This Month
3237
This Year
104716
All Time
Advertisement