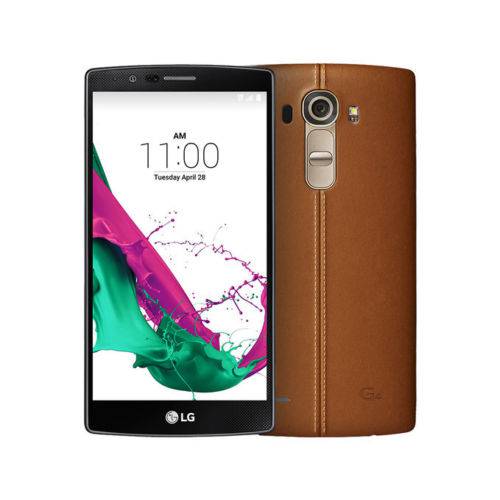 While the LG G5 was announced this week in Barcelona, the device won't be available until sometime in April, unfortunately. And if you're needing a new phone, chances are you need one now and not nearly two months from now. Luckily, the LG G4 is on sale over on eBay. They are offering up the AT&T model unlocked for just $299. This is a brand new model, and it comes in at the lowest price we've seen. Prior to this price drop, the lowest we had seen was $329. Making this a fantastic pick up. The LG G4 does feature a removable back as well as a removable battery and a microSD card slot for those that want one.

LG packed the G4 with some pretty sweet internals. We're looking at a 5.5-inch 2560×1440 resolution IPS display, Qualcomm's Snapdragon 808 processor, 3GB of RAM, 32GB of storage and a 16MP camera around back. The camera takes some of the best shots you'll ever see on a smartphone, bar none. Thanks to having laser auto-focus, it can focus on just about anything, very quickly. You can pick up the LG G4 today from eBay using the link down below, but you'd better hurry before they are gone.

Advertisement
LG G4
Trusted By Millions
Independent, Expert Android News You Can Trust, Since 2010
Publishing More Android Than Anyone Else
39
Today
93
This Week
39
This Month
1885
This Year
103364
All Time
Advertisement