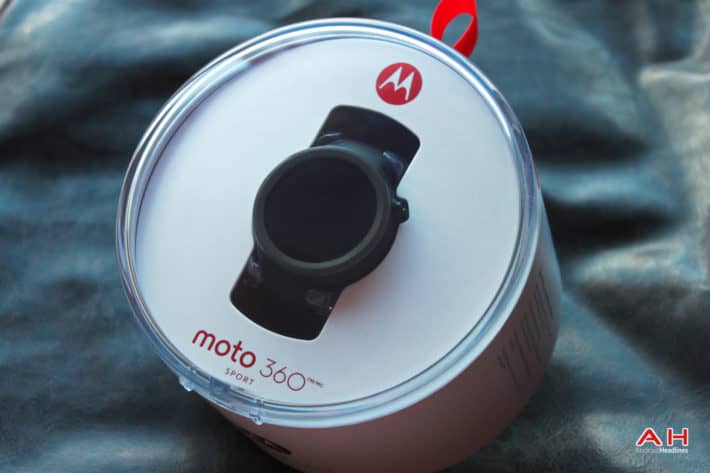 Motorola has introduced two generation of Moto 360 smartwatches, and the second-gen model actually has a 'sport' variant as well, not to mention this smartwatch arrived in two different sizes, and there's also a specialized model for women. That being said, it was announced quite recently that a new Android Wear update is upon us, and Motorola's smartwatches are going to get it as well. We've already talked about the Moto 360 2nd-gen changelog which Motorola published quite recently, but the company has now released the changelog for both the Moto 360 1st-gen, and Moto 360 Sport (changelog), read on.

The Android Wear-powered smartwatches are currently running Android Lollipop on them, and the update that is going to roll out to these devices over the next few weeks is actually a Marshmallow update, though Google doesn't exactly refer to it that way. The new update includes new voice controls and gesture, not to mention speaker support. The Moto 360 smartwatches don't really have a speaker built-in, so the speaker support is a no-go, but everything else will be included. We knew that the update is coming to the Moto 360 (2nd-gen), and we assumed the Sport variant will also get it soon, but it seems like the Moto 360 (1st-gen) is also getting this update. According to the company, the new update will include support for new languages: Thai, Polish, Dutch, Indonesian, Cantonese and Mandarin, new features and a ton of bugfixes.

Motorola has decided to put emphasis on 'Doze mode' when it comes to this update, which we're very familiar with considering we've talked about Android 6.0 Marshmallow many times before. In short, this feature will shut down processes in the background that are not necessary when you're not using the watch, which should, essentially, improve the battery life. The app permissions are also a part of this update, and thanks to this Marshmallow feature you'll get far more control over what apps can and cannot do. There are quite a few new gestures included in this update, and if you'd like to check out the full changelog, follow the source link down below.