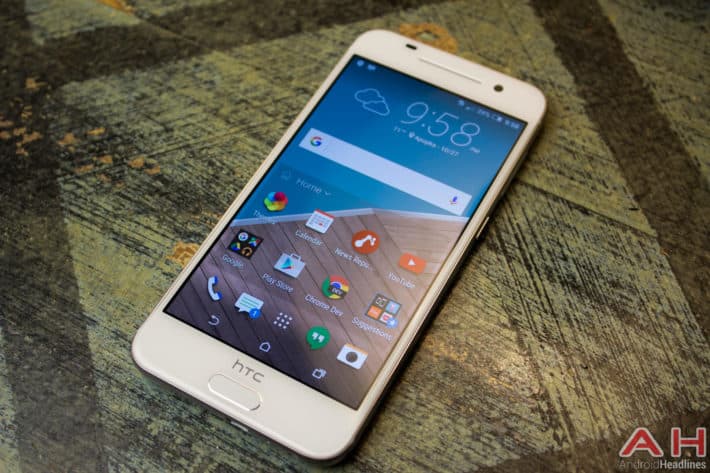 Good news for HTC One A9 owners in Canada – Leon Rosenzwaig, the Director of Product Management at HTC tweeted this morning, "Great news! Today we are upgrading the HTC A9 Canadian unlocked to the latest version M6.0.1."  Rather than jumping for joy, everybody that doesn't own the One A9 tweeted about when they were going to get their Marshmallow update – HTC One M8 owners seem particularly upset.  You might recall that the HTC One A9 was the first HTC device released with Android 6.0 Marshmallow out-of-the-box, so the 6.0.1 upgrade adds a number of new emojis (we can never have enough of those) – the most anticipated taco emoji will be included, as well as the usual security enhancements and bug fixes.  Remember that these OTA (Over-The-Air) upgrades are generally rolled out through a couple of days, so if you do not receive it right away, you can always 'force' it by going to settings and searching for new upgrades.

The HTC One A9 was a replacement for their poorly selling 'M' series and was sold unlocked and promised by HTC to work on Bell, Rogers, Telus, Videotron and Wind Mobile.  Originally offered in Carbon Gray or Opal Silver for $649, HTC just recently, added two new colors – Topaz Gold and Deep Garnet – joined those available for immediate ordering and shipping.  It is classified as a mid-range device but its price is close to being in the flagship territory.  It is a full-metal device and very closely resembles an iPhone 6s and HTC seems to have no qualms about that and offers no apologies…so while we are not Apple fans, we must be honest and admit the One A9 is a sharp looking device.  To save some money, HTC removed the BoomSound speakers and the One A9 has a single speaker on the bottom of the device.  HTC also added a 'Samsung-like' home button that acts as the One A9's fingerprint sensor.

The HTC One A9 sports a 5-inch FHD AMOLED display with 441 pixels-per-inch (PPI).  A 64-bit Qualcomm Snapdragon 617 octa-core processor clocked at 1.5GHz provides the brains and it packs 3GB of RAM and 32GB of internal storage with room for expansion.  The main camera is 13MP with autofocus, a dual-tone LED flash and even OIS.  HTC went back to the 4MP UltraPixel camera for the front-facing camera (FFC) for selfies and video chatting.  It has Wi-Fi, Bluetooth v4.1, GPS, an FM Radio, NFC and a microUSB v2.0 port for charging and data transfer.