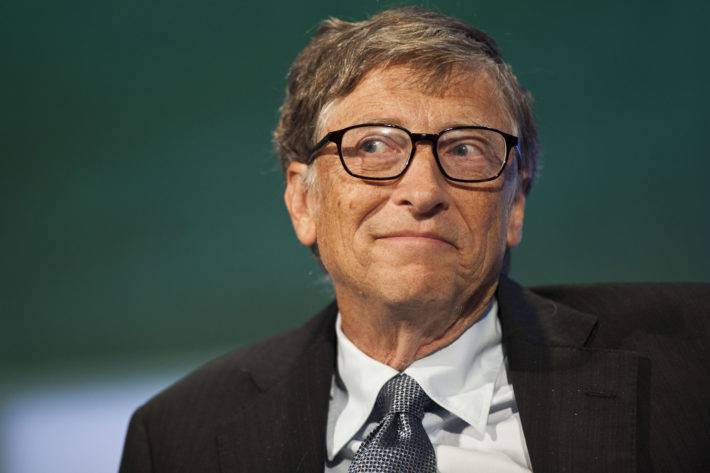 Now here's a big shakeup in the industry.  Bill Gates, the man behind Microsoft, Windows and many technologies that we take for granted today, has broken ranks with most Silicon Valley icons such as Facebook's Mark Zuckerberg and even entire companies like Facebook, Twitter, Google and hundreds more.  This all comes in the wake of an FBI request for Apple to not only comply with their requests for help to essentially hack the San Bernardino shooter's phone, but a number of bills in different states and possibly in Congress to actually ban the sale of encrypted phones.  The fight for the future of encryption essentially looked like the government vs. technology, which really isn't anything new to the world, but now Bill Gates has flipped all that on its head.

Gates is saying that this is a specific case where the government is asking for access to information, which is a common request in the telecom industry.  Many telco's abide by regular requests for phone records and other menial information related to law enforcement, however the issue at hand is much more complex than simple phone or transaction registers as a bank might store.  Gates, however, is saying this is akin to tying a ribbon around a disk drive and saying 'Don't make me cut this ribbon because you'll make me cut it many times.', meaning that this will only continue with the precedent that's already been set by the government for banks and telco's.

The problem at hand isn't quite as cut and dry as this, and it's a bit perplexing to say the least to see Gates taking this side.  Encryption is a method of securing files via a set of random keys that the software sets initially to decrypt information as it's accessed.  Because only the software on the phone has access to this information it would require a great deal of work and hacking for anyone else to access it, which is the purpose of encryption in the first place.  Anything can be hacked, as has been proven time and time again in the tech industry, and the stance by Apple's Tim Cook on the issue has been backed by nearly everyone else in the industry reasons cited.  Gates' stance on this is certainly interesting, and it may pull more out of the shadows that agree with him on what's been called the most important tech case in a decade.