With MWC just around the corner, you can expect a number of new smartphones and other mobile-related devices to be announced. ARCHOS will be present at MWC this year and they have already announced a number of new devices which will be on show at the event. A little over a week ago, ARCHOS confirmed one of their new smartphones will be the ARCHOS 50d Oxygen and this was then followed by a further announcement this week about the launch of three new tablets which will join the Oxygen line up. Following which, ARCHOS has today announced the arrival of another two handsets.

The two new devices will join the Diamond range and come in the form of the Diamond 2 Plus and the Diamond 2 Note. In terms of the 2 Plus, this is a smartphone which comes equipped with a 5.5-inch display and makes use of a 1920 x 1080 resolution. Inside, the 2 Plus comes equipped with 4GB RAM and is powered by a MediaTek (MT6755) processor. Storage is set at 64GB and there is a microSD card slot included (up to 128GB). In terms of cameras, the 2 Plus boasts a 20.7-megapixel rear camera which is coupled with an 8-megapixel front-facing camera. Additional features on offer include a fingerprint scanner, Type-C USB port, 3,000 mAh battery and the device will come running on Android 6.0 (Marshmallow) out of the box.

In terms of the Diamond 2 Note, this smartphone boasts a 6-inch display which makes use of a 2560 x 1440 resolution. Inside, the 2 Note comes packing 3GB RAM and is powered by MediaTek (MT6795) Helio X10 Octa-core processor. Storage is set at 64GB and again, there is a microSD card slot included (up to 128GB). Cameras come in the form of a 16-megapixel rear camera which is coupled with an 8-megapixel front-facing camera. Additional features include a 3,610 mAh battery and the 2 Note will also come running on Android 6.0 (Marshmallow) out of the box. 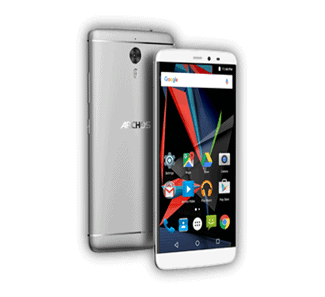