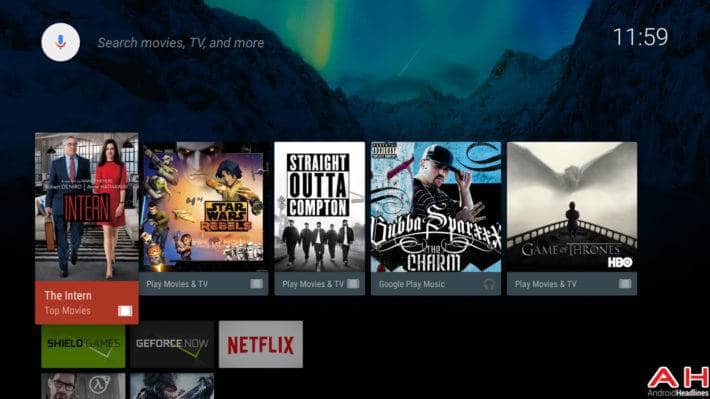 NVIDIA has today confirmed the rolling out of Android 6.0 (Marshmallow) to their SHIELD Android TV device. This will be good news for owners of the SHIELD as the update comes with a number of notable features and upgrades. The update should be now live and ready to download on your device when you next turn it on. In the meantime though, if you would like a closer look at what you can expect from updating to Marshmallow, then here is a brief look as to what is on offer.

One of the first major visual changes which you should be aware of is the customization of recommendations. Before, users had to head into each app that appeared in the recommendations feed and manually turn off its ability to provide notifications. With the update to 6.0, the settings menu now comes with a dedicated recommendation section, where you can visually see all the apps which are part of your recommendation feeds and turn them on or off as required. Essentially, offering a greater and easily level of control while also offering a better ability to customize this feed. Those interesting in checking out the section can do by heading to Settings > Preferences > Home Screen > Customize Recommendations. 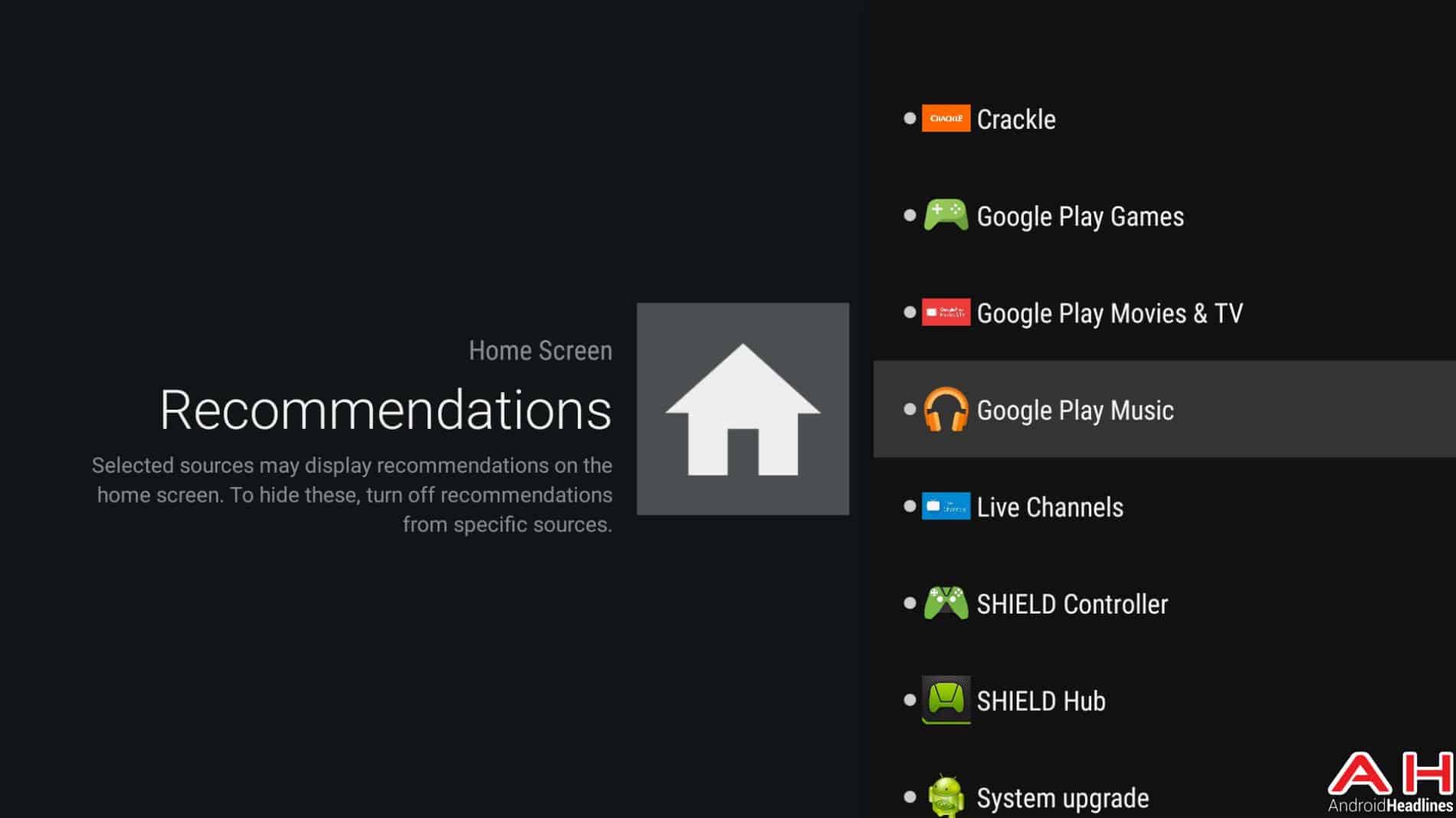 This is another feature which is more of an refinement than a newly added feature, as Google did roll out the basis for this change some time ago. So while this will be a feature you are somewhat familiar with, the update does provide SHIELD owners with a far more interactive ability. Like the recommendations feature, the app and games row customization now allows for a far greater level of interaction. After the recent roll out by Google to the leanback launcher, you could rearrange the app and game rows and trash an app if you wanted, with the update to 6.0, there is another dedicated section which allows you to really customize how your app and games rows look and work. As a result, you can make use of the recency view (where your most recent apps appear first) or you can lock in and pin select apps in select positions so that they are always near the front when needed. To take advantage of this features, head to Settings > Preferences > Home Screen > Apps and games > Organize apps and games and then simply select “Customize Order”. Once you have done this, you will need to go back one step in the menu and then you should be able to select “Reorder apps now” or of course, if you are recording the games row – “Reorder games now”. 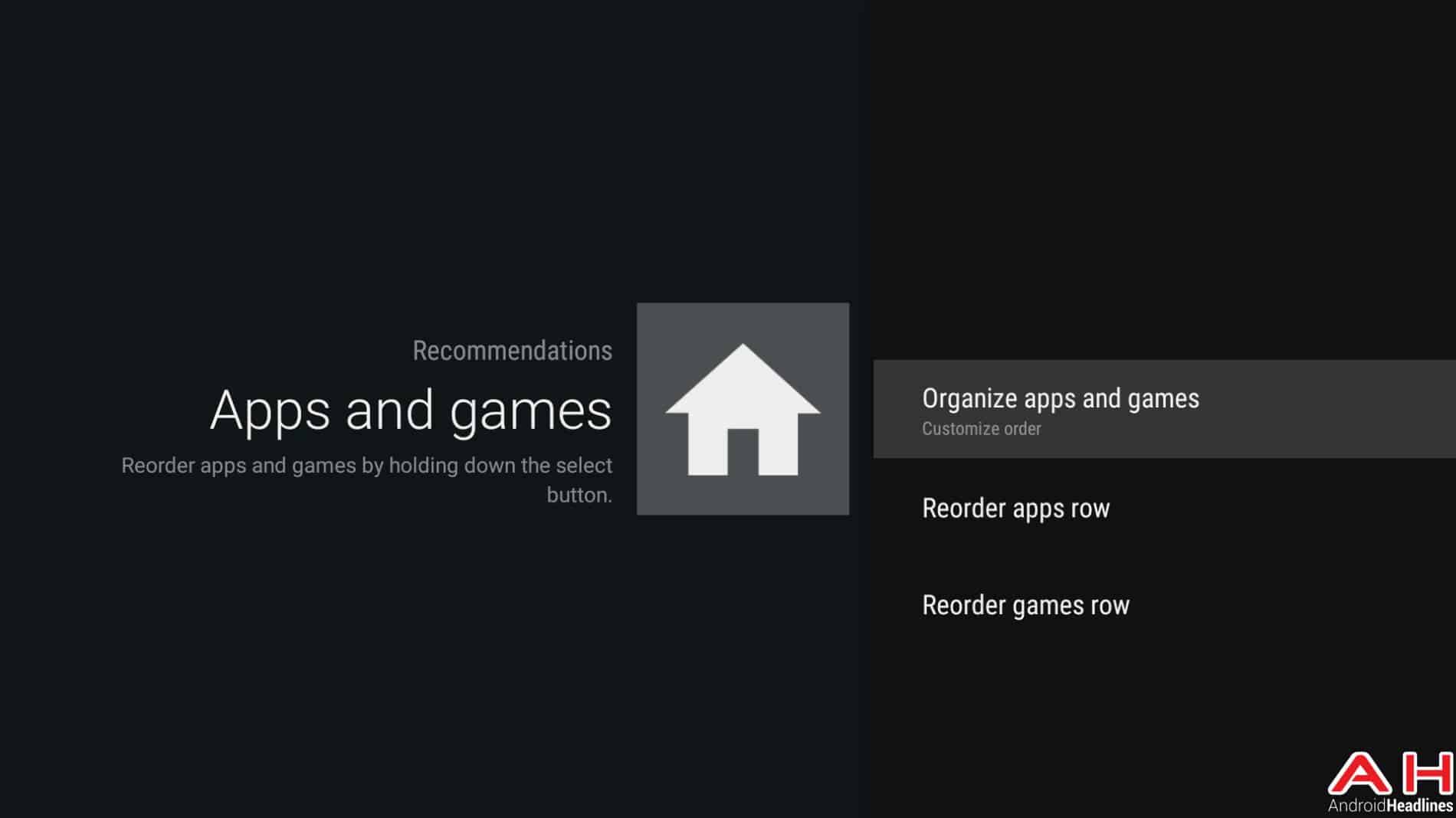 Following this, you will start to see the action taking effect by the SHIELD returning to the homescreen. From here, you will then be able to rearrange as you want, pin, or otherwise. Just make sure you hit the “Save and Exit” key before exiting or the changes will not take effect.

One of the widely covered aspects of Android 6.0 on smartphones and tablets is the refined control of app permissions. To briefly recap, the new permissions control on Marshmallows allows the user to choose which apps make use of which permissions. If you do not want an app using your camera, then you can stop it from using the camera. As this is an update to Android 6.0, this is a feature you can now make use of on your SHIELD too. 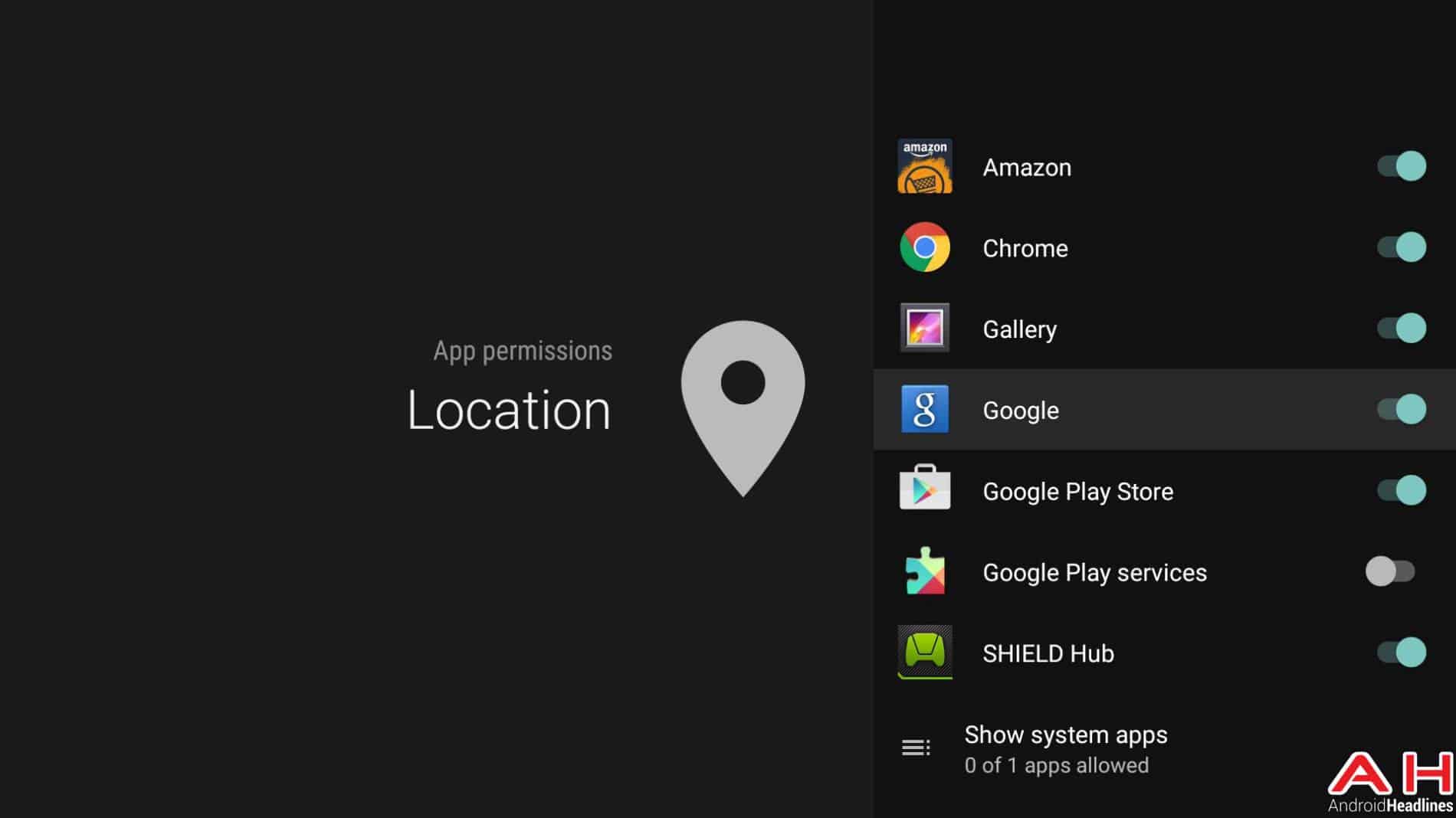 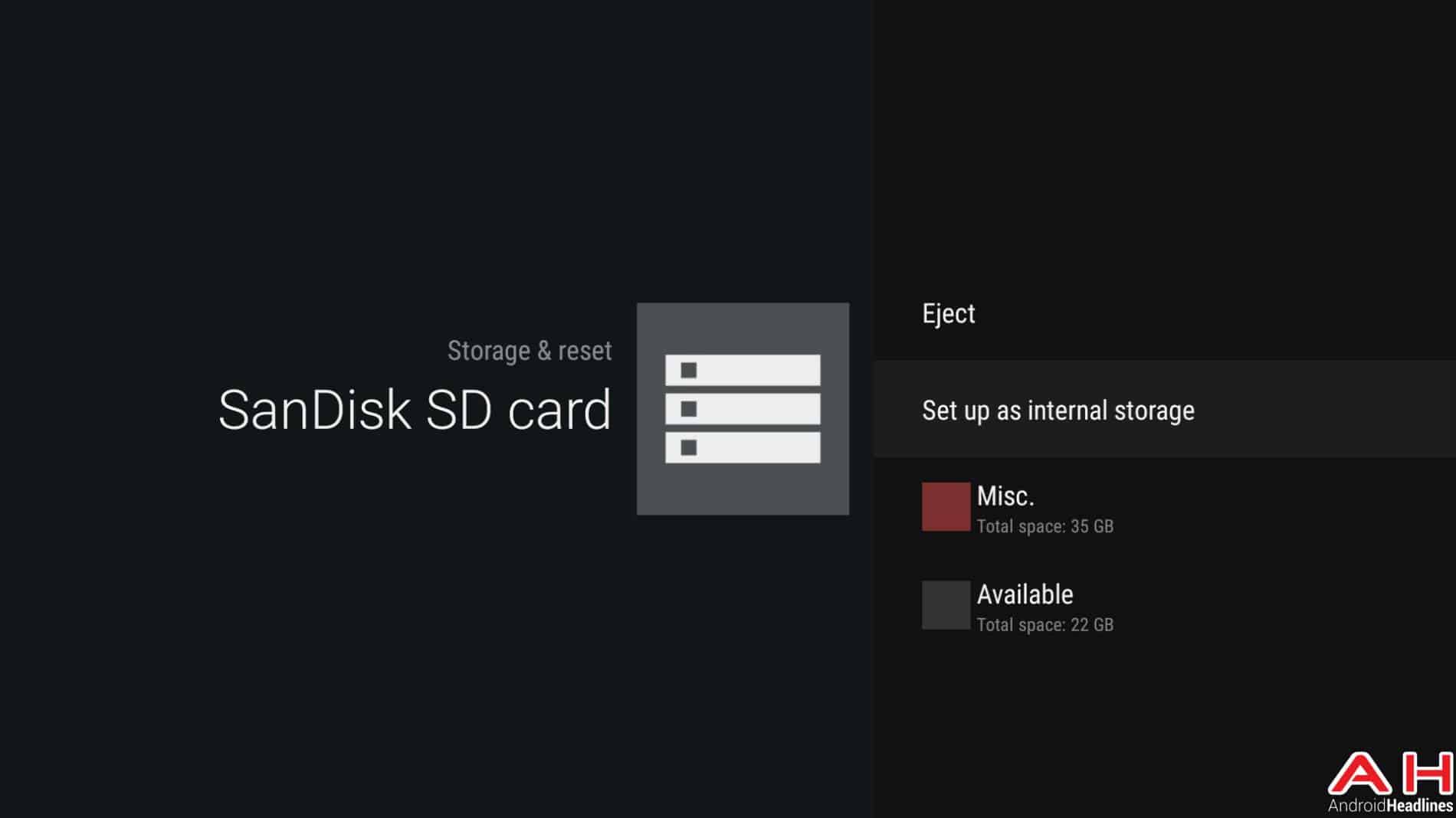 A couple of points to note – you will want to make sure that the storage you are using is bigger than your device’s natural internal storage, as it will be counter-intuitive assigning a microSD card or otherwise if it is smaller. You will also want to make sure the card or stick you’re using is fast enough to offer a decent level of functionality. For instance, NVIDIA recommends at least Class 10 speed microSD cards and USB 3.0 sticks and drives, as slower cards or sticks could affect performance. To make use of the features, insert your card or stick and once the card or stick is recognized, click on “Setup as internal storage”. This will then require you to format your drive or card. Keep in mind if you click format, it will essentially deactivate the use of the card with other devices. This will become a SHIELD-only stick or card until you reformat again. Once you have formatted, hit “move” and all your local data and apps will be moved to the new internal storage.

For those who want to continue using sticks and cards as removable storage – to transfer files from one device to the SHIELD – this is still possible, although the features of the internal storage is not available to ‘removable storage’ cards and sticks.

As well as the greater control of recommendations, app and games rows, permissions and internal storage, there’s also some tweaks that have been made to the general design and layout of the Play Store. The main purpose of this is to provide an easier way to find new games and apps. So you can expect to see added categories as well as more recommendations. This will require your Play Store app to be up to date and running at least the 6.0.2 version. You can find out which version you are using by heading into the Play Store app, down to “Settings” and then checking the version number. 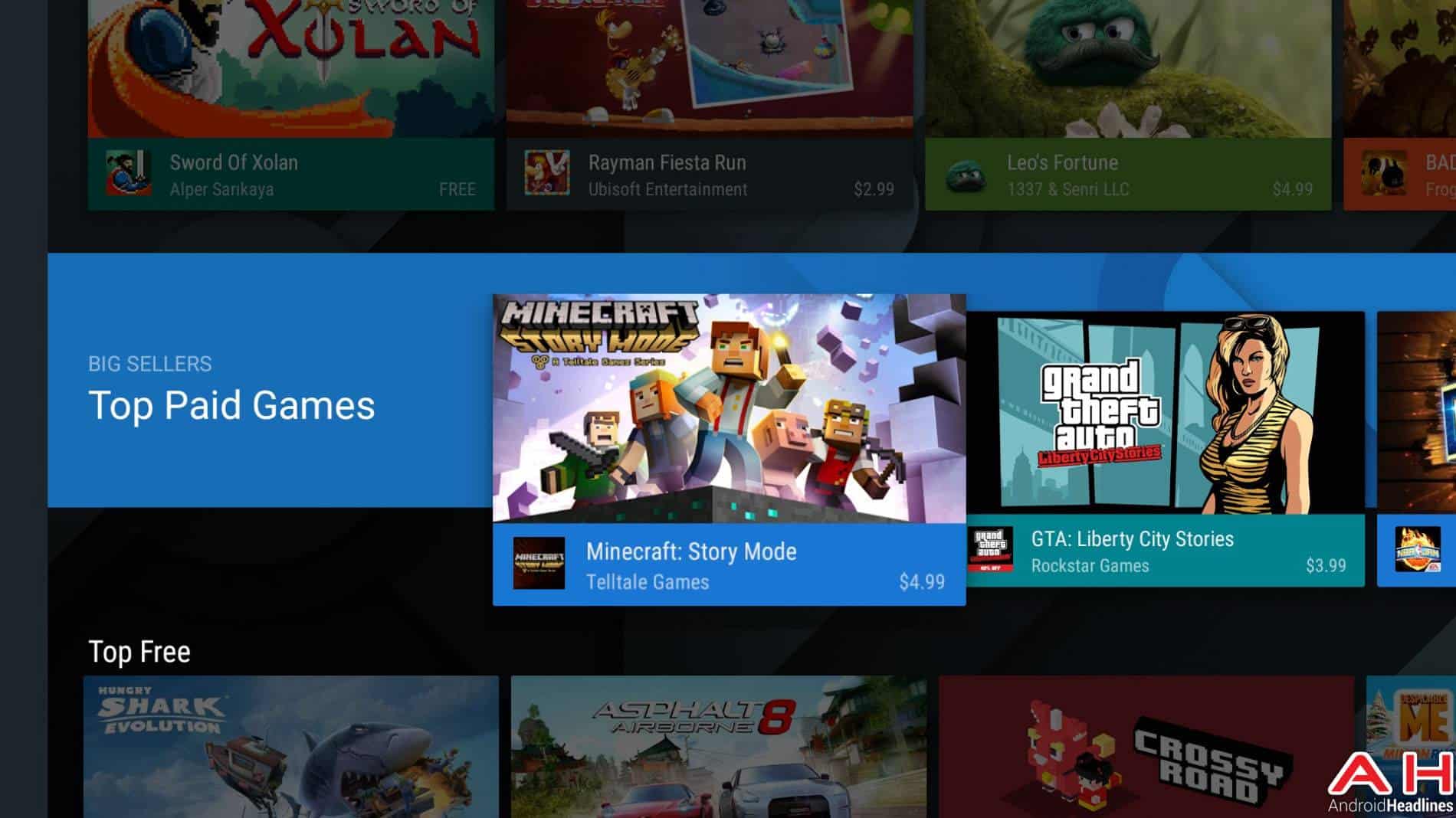 The update also brings with it a much improved setup experience for new SHIELD owners. As this is a feature which is designed for new SHIELD owners, this won’t be of much use to those who are already using the device (unless you plan a full wipe anytime soon). However, if you plan on picking up a new SHIELD, with the improved setup procedure, much of the work of setting up your SHIELD can be done with your Android smartphone or tablet. Simply use the Google app and say “setup my device” and job done. There is also an improved ability to control your video playback after the update. This includes the ability to manually adjust frame-rates, over scan and audio video sync for better suitability to the content you are watching. These features can be accessed by heading to “Settings” and then to “HDMI”. 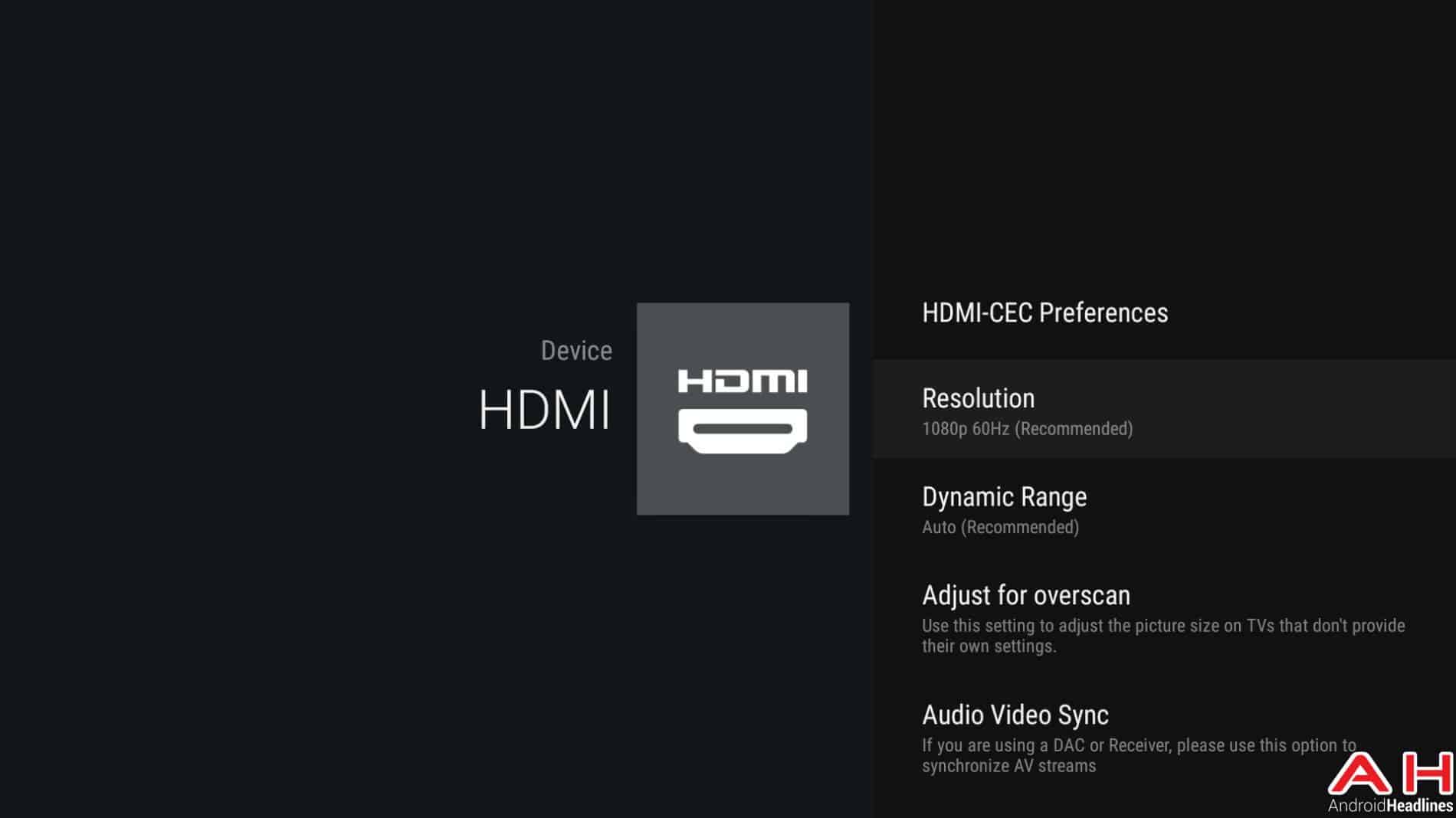 This is not the extent to all the features that come part of the update, as there are a number of smaller tweaks included as well. However, these do mark what is probably the larger aspects of the update. But the more you dig in, the more smaller tweaks you will start to notice. To give you an example, if you hold the ‘back’ button down for a couple of seconds, the power menu will now instantly appear. Offering you a nice and quick route to shutting down or restarting your NVIDIA SHIELD.