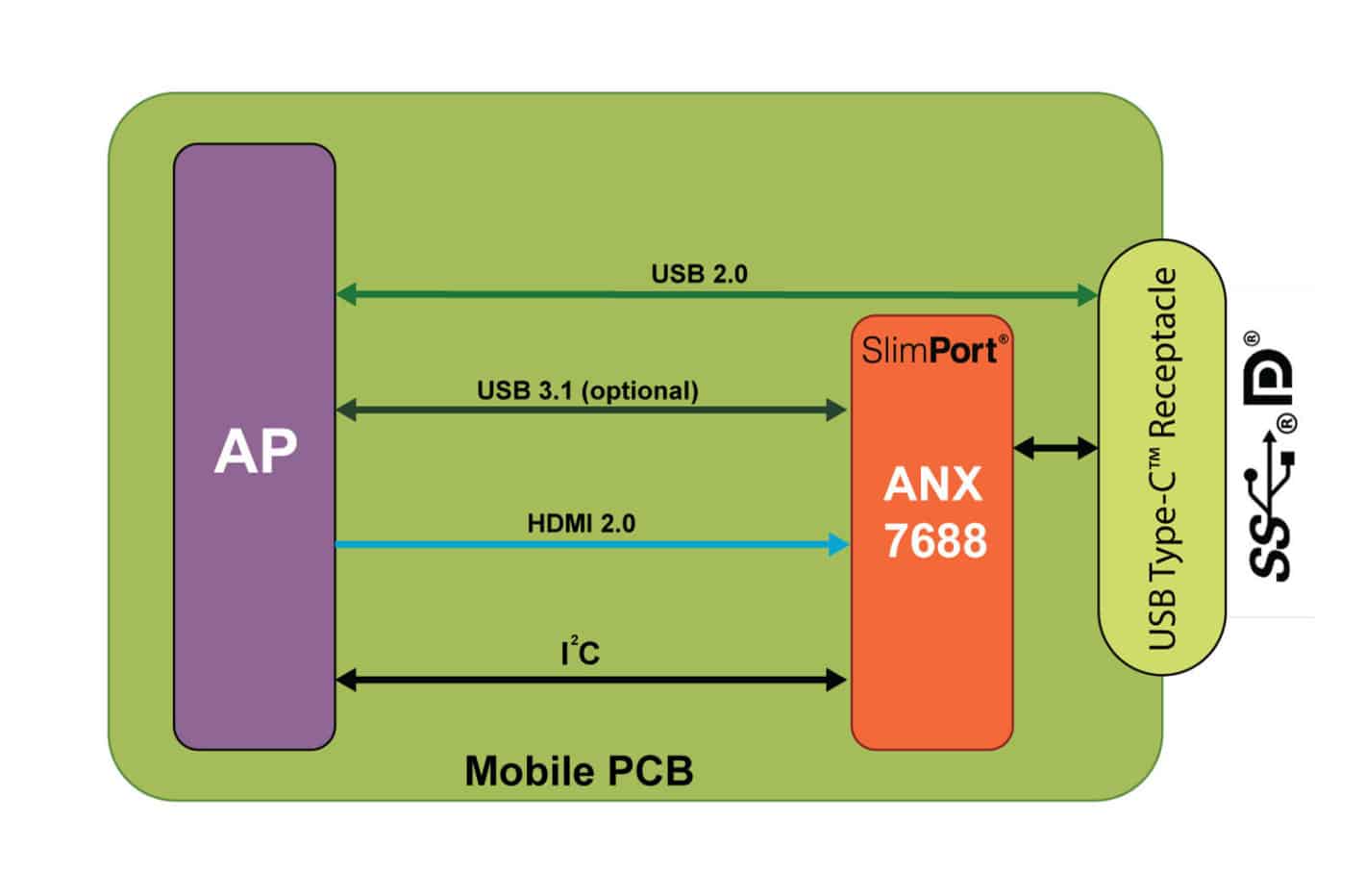 Looking to play 4K games on that brand new 4K TV you got for the Holidays?  4K content is super slim right now, and unfortunately most dongles like the Chromecast and even the latest consoles only output 900p or 1080p depending on the game in question.  While PC gaming is always the bastion for hope when pushing the latest tech, not everyone can afford a PC that can output such an intensive resolution while gaming, so what if you just want to view 4K content on that TV using something as convenient as your phone?  Analogix already has a micro console that allows you to route your phone’s screen to a TV in order to play mobile games on the big screen, but what if this functionality was already built into your phone out of the box?

That’s the promise of the new chipset that Analogix is showing off at Mobile World Congress 2016, and it doesn’t just output your phone’s screen to the TV, it actually can output 4K content at 60FPS.  That means the latest in ultra high resolution videos at incredibly smooth framerates including gaming content could all be delivered from your next phone if Analogix gets its technology implemented.  The likelihood that Analogix gets its way is pretty high too given compatibility with Qualcomm chipsets and the USB Type-C standard to deliver this output to a DisplayPort connection on your TV.  There’s also the ability to output 1080p content at up to 120FPS as well, providing a framerate that’s consistent with smooth 3D content as well.

This also puts Analogix squarely in the middle of the booming growth for VR and AR content by providing output to displays requiring the previously stated resolution and framerate standards.  Outputting via USB Type-C makes the chip super future proof, as many new phones including the LG G5 and Nexus 6p ship with a USB Type-C port right on the phone instead of the old microUSB port.  Since USB Type-C can deliver power, video, audio and any other type of data it’s perfect for such functionality, and while it doesn’t appear that any new phones will be shipping with this chipset just yet it’s entirely possible that we’ll see some come the Fall refresh of flagships in the latter half of this year.