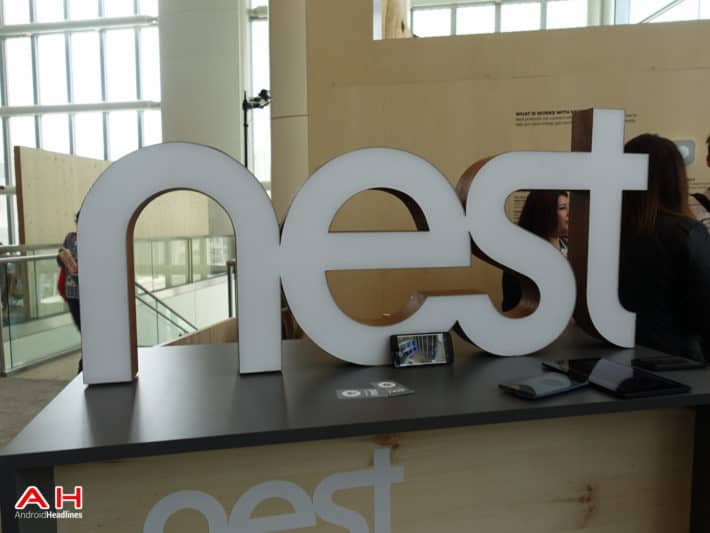 In early 2014, shortly before it was able to dump Motorola on Lenovo, the search giant bought Nest for a cool $3.2 billion. Nest was a small smart-home company who made – at the time – smoke alarms and thermostats. The company was co-founded by a former Apple employee in Tony Fadell, who actually designed the original iPod for Apple. Google bought the company and it was the first stage of what is now Alphabet. Google wanted to keep the company separate from the rest of the company. With Tony Fadell remaining as CEO of the company. So far, that’s exactly how its been run. Nest was the first part of Alphabet to get their own CEO and run autonomously, so to speak. Now it appears, that there are some troubles brewing at Nest, however.

On Thursday afternoons, Google holds a “TGIF” meeting with their employees. It’s a pretty laid back meeting, where employees are able to ask co-founders Larry Page and Sergey Brin anything. Although since the Alphabet announcement, and Sundar Pichai becoming CEO, they are now asking Pichai these questions. In early 2015, an employee asked why those in Nest have been needed to work weekends. That question was fielded by another co-founder of Nest, Matt Rogers. Stating that is the way the process worked sometimes when it comes to hardware products.

Maybe it was a good answer, but some employees evidently found it insulting. A former employee stated that “he wasn’t acknowledging that this was a bad state to be in and he wasn’t taking responsibility.” Then going on to explain that “asking your people to work weekends, it’s not their fault, it’s upper management’s fault.” Additionally, three other employees who used to work in Nest, brought up the same thing, independently, when talking about the internal culture at the company where it’s always crunch time. This is mostly due to the unrealistic deadlines at Nest.

While Tony Fadell, the co-founder of Nest, has a pretty good approval rating on Glassdoor at 68%, some ex-employees have said that if you sit near his office you can hear constant shouting from Fadell. Also stating that designs would regularly be sent back for employees to start over. Even late in the process, which is the primary reason for the unrealistic deadlines that Nest employees faced. Some former employees have said that this has led to an atmosphere of “fear” at Nest. In the past year alone, over a dozen employees have left the company. Including the two co-founders of Dropcam, which Google bought in 2014, shortly after the Nest deal went through.

John Feland, who is the CEO of Argus Insights stated that customer review studies show that there is a feeling that Nest’s products haven’t lived up to their expectations. All three of their products – Nest Cam, Nest Protect and Nest Learning Thermostat – have had some pretty major issues. Recently, the Nest Learning Thermostat had an issue where when the battery dies, the software would freeze. This led to many users waking up to a rather icy experience. In the winter time, that’s especially not too pleasant.

With Alphabet’s first earnings earlier this month, many industry analysts believed that Nest would bring in anywhere from $400 to 500 million for the fourth quarter of 2015. Alphabet reported $448 million for their “Other Bets” which includes basically everything, with the majority of that revenue coming from Nest, Google Fiber and Verily. A bit lower than expected, however you also have to remember that the smart home market is still very much new. With many users waiting to see which platform will work the best. Seeing as we have Apple, and Google both creating their own home automation platforms. The issue there is that some products work on one platform but not the other.

It sounds like the issues at Nest are likely going to stick around for a bit. It is unfortunate that the work environment there has become pretty bad, at least according to some former employees. However, it’s important to note that these working conditions have not been verified by current employees at Nest, just former employees.