Skip to content
Advertisement
Trusted By Millions
Independent, Expert Android News You Can Trust, Since 2010
Publishing More Android Than Anyone Else
7
Today
165
This Week
165
This Month
6899
This Year
124416
All Time
Advertisement 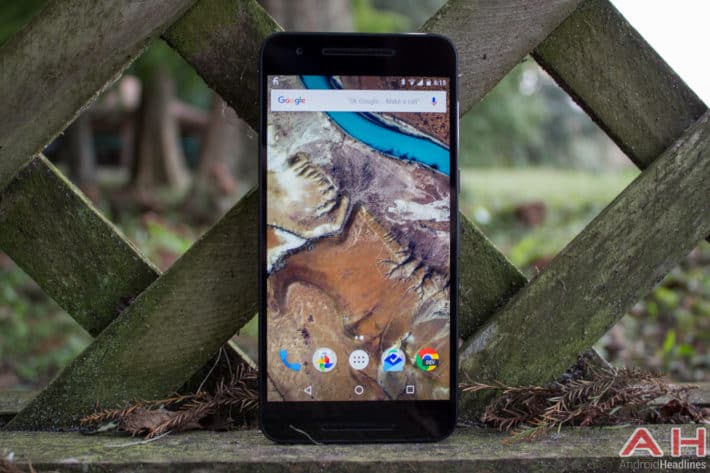 These days, we’re doing more than ever on the small screen. The devices in our pockets are capable of more than ever before, from gaming to streaming and even small-scale network administration, to a certain extent. Understandably, this led to a shift toward mobile consumption for just about everything and a huge focus on mobile software development. This movement came to be known as “mobile first”. It didn’t last long, however; although PC sales fell briefly and the tablet market never really recovered, recent analytics are showing a trend toward a resurgence of the large-screened variety. Android TV is becoming a viable platform as Smart TVs begin to pick up key features of smartphones, especially in the security department.

On top of this, laptop and desktop PCs, Chromebook and otherwise, are seeing consumer markets begin to come back to them as they evolve to the point that their power and flexibility now outweighs their mobile counterparts’ convenience bonus. Bear in mind, of course, that the enterprise segment never really ditched the traditional PC and the consumer segment never dumped it entirely. With media center and gaming PCs becoming affordable enough for the average joe to grab one with just a few months of saving up, it’s no surprise that people are discovering their true potential left and right. This can be observed, also, in the recent surge of popularity seen in the open-source space. More and more people are embracing powerful gaming rigs and various open source software stacks, as well as throwing Linux distributions on every device they can get their hands on, from the Raspberry Pi to certain calculators.

This big shift is very telling; the data seems to indicate that people were fascinated with mobile, infatuated with the fantasy of performing all their daily computing from a single device they could keep on them at all times, but when reality poked a hole in their logic, they turned back to the much more powerful and purpose-driven traditional platforms en masse and with gusto. In part, it was because the mobile space just wasn’t quite ready to meet that kind of demand and is still moving slowly toward that goal. So what, then, does this mean for marketers and software developers? As Intercom’s VP of Product Paul Adams put it, “Information via screens not devices – this is the key idea.”

What this means, at a basic level, is that consideration should be given to the roles each portal plays in a typical consumer’s day. Adams gave an approximate breakdown of how most users interface with a given crop of devices in a typical day. Phones, he stated, play companion to bigger screens throughout the day and rarely get a chance to really shine. Naturally, they’re convenient and easy to go for, as well as more portable than the average laptop, but it seems that, when at home, most consumers prefer a traditional PC for their computing needs. Another key large screen in the room is the television; Adams advises marketers, gurus and developers not to ignore any device in a user’s life, including the television. TV watchers on cable may be more expensive to reach than others, but they shouldn’t be left out, nor should Smart TV or Android TV users. Tablets should also receive some love. The moral of the story here, in short, is that all the different screen sizes and formats a user may encounter should not only be compatible with your service, but you should optimize for them

Adams goes on to warn those clinging to mobile-first, saying that “Service businesses pitching themselves as “mobile only” or even “mobile first” (for example mobile marketing services, mobile ad services) are likely setting themselves up for some short term success (as businesses look for mobile “experts” to help them get up to speed) but long term failure. In order to offer a complete service, they will need to track people and behaviour across all screens.” Analytics platforms typically break engagement down by platform just as easily as by user subset or service used, these days, meaning that businesses refusing to cater their product to their market via platform optimization are doing themselves a major disservice and there’s not a ton of excuse for it. Adams says, in this regard, to “Focus on jobs, then screens, but never devices.” When optimizing your product’s user interface and the information provided, as well as the tasks possible, the typical trappings of the task at hand should be thought of above all else. Is my user going to be creating a lot of content? Perhaps, then, desktop optimization would be best, with a side focus on mobile for working on the go. Neither, however, should be ignored or shoehorned. Google Docs is a fine example of this mentality at work. For the average user, Google Docs in a Chrome window on a modern PC can do anything Microsoft Word can do. Road warriors have access to most of the same functions, but in a more mobile-friendly interface. The easiest way to accomplish this, of course, would be to pay attention to platform analytics for your service and optimize based on what platforms are doing what tasks. Many businesses are already beginning to adapt, but with the “mobile first” mentality still on the way out, it’s anybody’s guess as to whether the enterprise space and the consumer space will keep pace with one another.