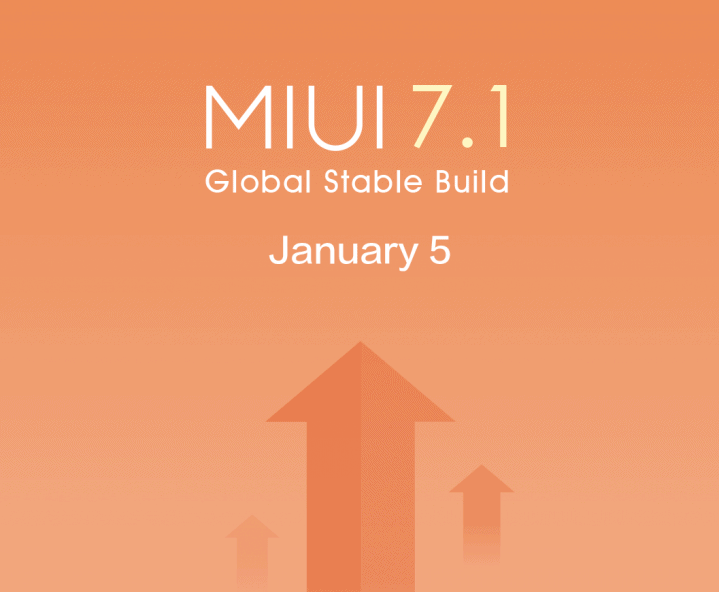 Xiaomi has become one of the world’s largest smartphone manufacturers in the last couple of years. This company has been founded 5 years ago, and their growth is quite staggering. Xiaomi has introduced a number of devices this year, including smartphones, smart TVs, and various other tech devices. The company is expected to introduce their new flagship, the Mi 5, quite soon, and as we’re waiting for that to happen, we have some new MIUI info to share with you.

As you probably already know, Xiaomi develops their very own Android-based OS called MIUI. Xiaomi has improved MIUI quite a lot over the last couple of years, and they’ve introduced the MIUI 7 earlier this year. Well, it seems like a new version of MIUI is on the way, Xiaomi has officially announced that they will start rolling out MIUI 7.1 from January 5th to January 11th, and the update will roll out to both Global and Chinese versions of Xiaomi’s devices. The company has also released the list of devices which will receive this update. As far as global models are concerned, these are the devices that will get the update: Mi 3, Mi 4, MI Note, Mi 4i, Redmi 2 / Prime, Redmi Note 4G, Redmi Note 2, Redmi Note Prime, Redmi Note 3G and Mi Pad. In case you own a Chinese variant of one of Xiaomi’s devices, here’s a list of those models as well: Mi 3, Mi 4 3G/4G, Mi Note, Mi Note Pro, MI 4i, Mi 4C, Redmi 1S, Redmi Note 3G, Redmi Note 4G single SIM/Dual SIM, Mi Pad 1/2.

Now, as you’ve probably noticed, there are some devices missing from this list, and Xiaomi is actually rumored to list additional models on January 11th, so if you own any of the devices that are not mentioned, hang on tight, we’ll report back if Xiaomi decides to add any additional models to this list. That being said, we still don’t have the full changelog to share with you, but Xiaomi will quite probably release far more details tomorrow when the update starts rolling out to the company’s devices.