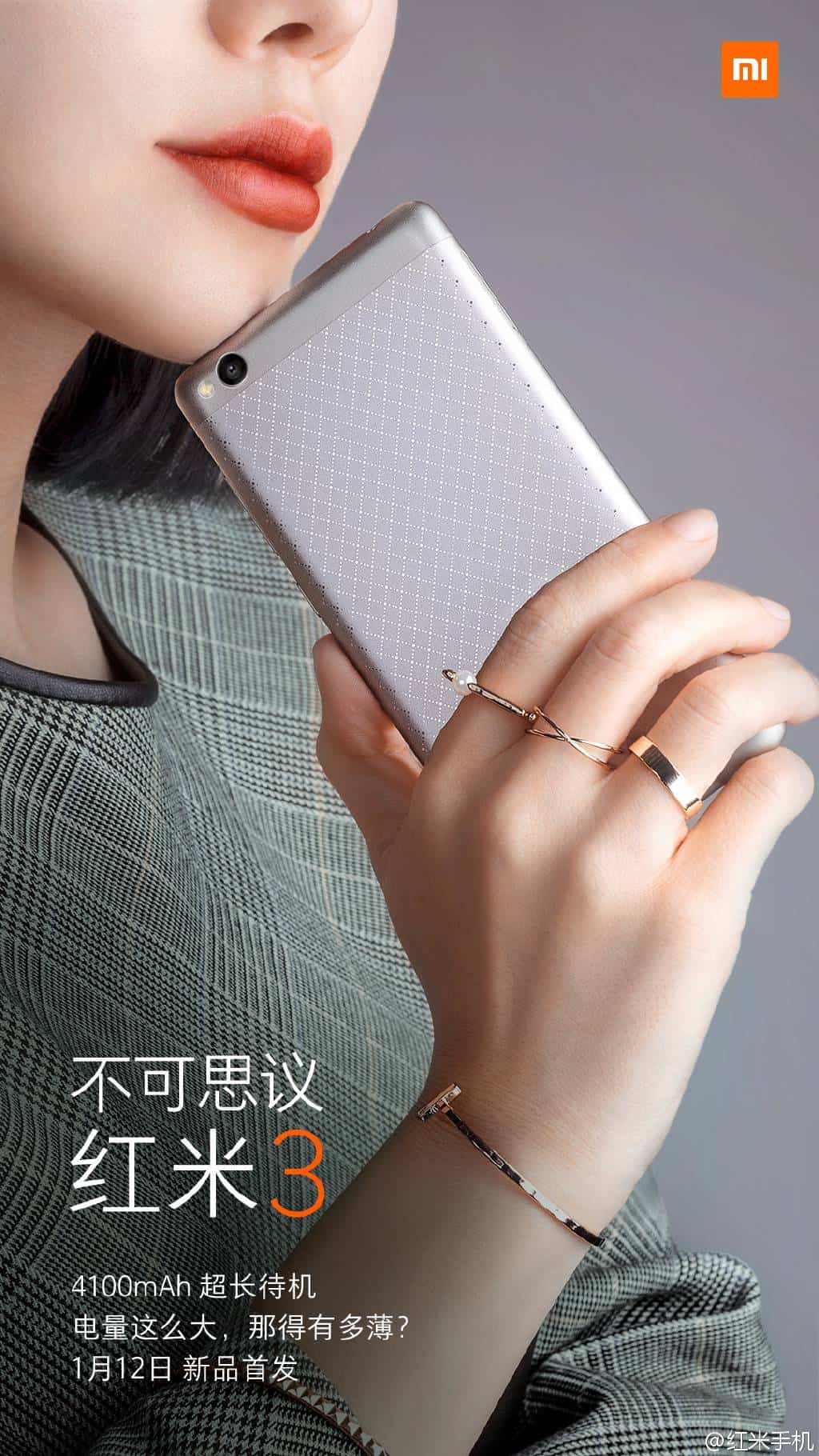 Xiaomi has unveiled quite a few smartphones last year, and Redmi 2 was one of the first ones. The Xiaomi Redmi 2 has been announced by Xiaomi back in January 2015, and we were expecting Xiaomi to introduce its successor soon. The company shared a Redmi 3 teaser quite recently, confirming the design of the phone's back, and the date when will they announce this handset. The Redmi 3 will arrive on January 12th, and we do have some new info to share with you, read on.

Two new pieces of information surfaced. Xiaomi has shared a new leak on their official Weibo (Chinese social network) account, basically confirming that the Redmi 3 will pack in a 4,100mAh battery, which should be more than enough to keep this device going for quite some time. The China-based analyst, Sun Changxu, said that the Redmi 3 will be fueled by the Snapdragon 616 64-bit octa-core processor. Thanks to TENAA's listing, we knew that the device will ship with an octa-core SoC, but we didn't know which one. This SoC ships with an Adreno 405 GPU for graphics, and the analyst said that it will be clocked at 1.7GHz. He has also said that this device's price will be higher than expected, which was to be expected considering various rumors said that it will cost around 699 Yuan, which seems kind of unrealistic with these specs.

Speaking of specs, let's see what will be included in this package. According to TENAA (China's equivalent to the FCC), the Redmi 3 will ship with a 5-inch 720p (1280 x 720) display, 2GB of RAM and 16GB of internal storage. The phone will be fueled by the aforementioned Snapdragon SoC, and a 4,100mAh battery will be included on the inside. The 13-megapixel snapper will be placed on the phone's back, and a 5-megapixel shooter will be available up front. The phone will be 8.5mm thick, and you'll get access to two SIM card slots, and 4G LTE connectivity. Xiaomi's MIUI 7.1 OS will come pre-installed on top of Android, and you can expect this device to be priced above 699 Yuan ($106), and it seems like a metal unibody design is also in the cards.