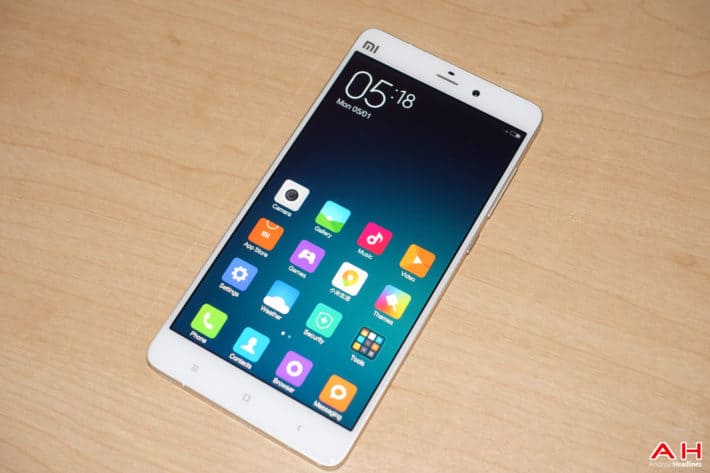 Xiaomi has, as most of you know, introduced a ton of smartphones last year. One of the first devices they've announced was the Mi Note phablet, which was introduced along with its sibling, the Mi Note Pro. These two phablets are technically this the company's flagship offerings (especially the 'Pro' variant), and have been announced back in January 2015. We have reviewed both of these devices, and as we're waiting for Xiaomi to introduce the Mi 5 flagship, some additional news surfaced regarding the Mi Note, read on.

It was announced a while back that Xiaomi is testing the Android 6.0 Marshmallow-based MIUI 7 build for a number of devices, including the Mi Note. Well, a new report surfaced in China recently, saying that the Mi Note will actually get this update soon, perhaps even in the coming days. The report also states that the Developer Edition of this handset has already received the update, though that variant of the software is probably not final. The Android 6.0 Marshmallow MIUI 7 developer preview has been released by the company soon, and it seems like a number of additional devices will follow in Mi Note's footsteps and get the update soon after the company's phablet gets it. We're still waiting for an official confirmation, though this report seems legit, and the screenshot down below only confirms it.

The Xiaomi Mi Note features a 5.7-inch 1080p (1920 x 1080) IPS LCD display, 3GB of RAM and 16 / 64GB of non-expandable internal storage. This phablet is powered by the Snapdragon 801 quad-core processor, along with an Adreno 330 GPU for graphics. The 13-megapixel OIS shooter is placed on the back of this phone, and a 4-megapixel (2um pixel size) camera is available up front. The 3,000mAh non-removable battery is also a part of this package, and Android 4.4.4 KitKat comes pre-installed on this device, along with Xiaomi's MIUI OS which is installed top of Android. The Mi Note measures 155.1 x 77.6 x 7mm, while it weighs 161 grams. That is more or less it, if we stumble upon any new Android 6.0 Marshmallow MIUI 7 info, we'll make sure to let you know, stay tuned. 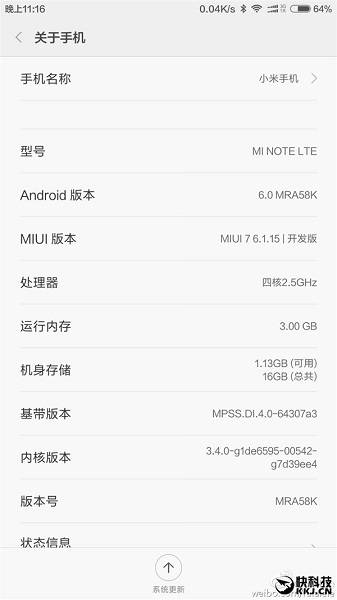