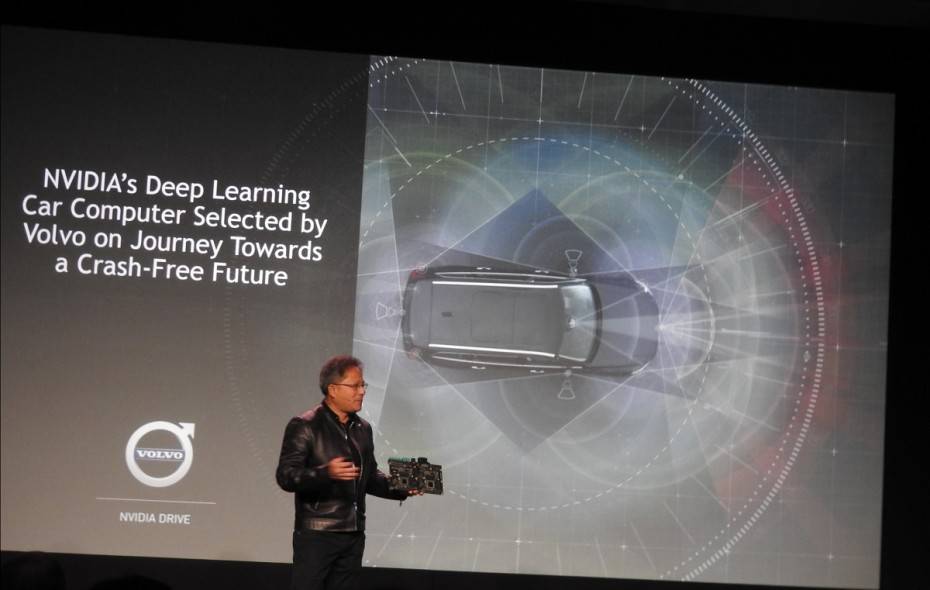 Self-driving cars present a number of technological and legislative headaches for would-be developers, governments, insurance companies, manufacturers and of course the buyers and drivers. On the technology side of things, a self-driving machine needs to be aware of its environment and abilities. The skill of driving involves processing a lot of information, much of it visual, interpreting events and circumstances, and adjusting the vehicle accordingly. This requires an extensive, sophisticated and expensive sensor suite including several specialised devices, backed up with a blend of clever programming and a powerful processor system to control things.

We have very recently covered NVIDIA's just-announced PX2 in-car supercomputer at the Consumer Electronics Show, Las Vegas, which has some impressive specifications. NVIDIA have used their in-house Pascal GPU, which is a high performance processing unit, together with twelve processor cores. The machine has a processor capacity of eight teraflops: to put this into context, it is around one hundred and fifty times the processor power of the Apple Macbook Pro. The PX2's image processing runs to around 2,800 per second. NVIDIA have given the PX2 liquid-cooling as it can consume up to 240w of power (and so requires significant cooling). NVIDIA's Chief Executive Officer, Jen-Hsun, stated that the PX2 will lead to safer driving and an urban architecture redesign and a car equipped with the portable supercomputer will be, "paying attention all of the time. It is a virtual copilot that will keep you out of harm's way."

He has also announced that Volvo cars are to purchase several hundred PX2 in-car supercomputers as part of their self-driving car program. Volvo will be using the PX2 in conjunction with NVIDIA's deep learning technology, such that the car company will be self-training cars with the equipment installed. This is how the car will be able to respond accordingly to threats, risks and hazards – and in the first instance to warn the driver as well as perhaps taking preventative action. We have already seen Volvo launch a number of cars including collision avoidance systems and it seems likely that the NVIDIA PX2 can be used to bolster these systems. However, at this juncture we've no word on when Volvo will be taking delivery of the new NVIDIA technology or when we might see it integrated into a production machine, almost certainly in a less-than-self-driving capacity at first.