Spotify was launched in 2008 and it is currently one of the most popular music streaming services, it is available across many platforms including mobile devices, PCs, game consoles, set-top boxes and smart TVs. The service has been the subject of much controversy among music artists, mainly because of the company’s payment scheme. Still, Spotify has a catalogue of over 30 million songs, so they will keep updating their service with new features to improve the overall experience. There was a rumor about the addition of a video service to Spotify since last year and today it was reported that such service could be launched this week.

In an interview from WSJ, Shiva Rajaraman, Spotify’s VP of Products mentioned that the videos would be bundled with whatever users were listening to at certain moments and he mentioned that 10% of Spotify’s users in select markets had already been testing the new service so the company could learn about how to present the new content. Now, some Reddit users are reporting that the app was updated recently with video and the new podcast functionality. The most recent version of the app is number 4.5.0.820 and yet, there are some users with that version who are not seeing the new video content or podcasts, so it probably has to be pushed server side. The original poster is located in the United States, which is one of the four countries where the new services will launch initially, the others being the UK, Germany and Sweden.

Many things are still unknown such as the platforms where the new services will be available. Spotify’s website mentions that videos and podcasts will add to the music mix. Users will also get curated content depending on specific times of the day, for example, they will get the news in the morning, some funny videos at lunch and a story at night. The new section is called Shows, and that’s where users will find the growing library of video and audio shows. This section can be accessed from the menu on the left or just in the Browse section. Users from the aforementioned regions will probably get the new features quite soon, while those in different regions will have to wait a little longer to know when will they be able to enjoy the new features. 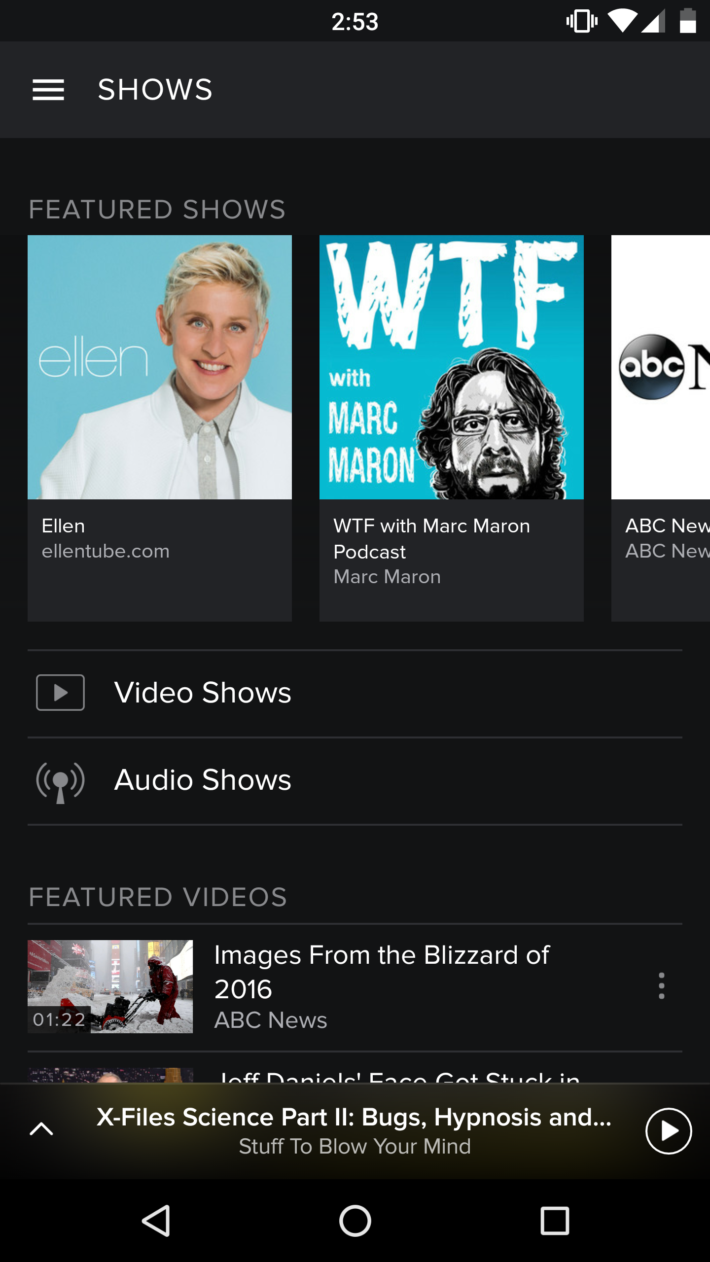