The official Facebook app, to anybody in the know, has always been somewhat controversial. Over the years, things like the app slowing down devices, eating up more RAM and battery than it should and many other complains have arisen. Almost all of the time, these claims are based on anecdotal evidence. Many users turn to speedup apps, wakelock blockers and other solutions. Some users even uninstall the app, normally claiming to have a faster device afterwards. Reddit user pbrandes_eth has run some tests that point to just having the Facebook app as slowing down their device. Have a look at the included image and hit up the source link for details. While testing may have determined that pbrandes_eth got better performance from their LG G4 after uninstalling Facebook, this may not be the case for every device out there.

Before we go into more detail, allow me to explain wakelocks; a wakelock is when an app wakes your device up to check status on something, pull data or perform some other operation that requires coming out of a deep sleep state. In deep sleep, many healthy device will barely lose any battery power at all. When wakelocks get out of hand, however, standby battery life can go down the toilet and in some cases, data usage can skyrocket. Of all the mainstream apps that a good sampling of the Android user population would likely have, Facebook has always been looked to as the poster child for how not to handle wakelocks. The app initiates wakelocks frequently and they are fairly long-lasting and power-hungry, compared to most apps’ wakelocks.

The Facebook app also tends to stay in RAM or even outright running in the background in order to provide notifications in a timely fashion. Some users also claim that the app even runs when their device is not connected to any data source. According to some users, Facebook-owned apps such as Messenger and WhatsApp have the same issue, to a more minor degree. Be advised, however, that lots of apps, mainly system apps, run in the background at all times to provide notifications and poll data. Facebook is by no means the only culprit in this department, but a user test has shown a performance gain after uninstalling. If in doubt, you could always hit up the source link to read up on the details, then use DiscoMark to perform your own testing. 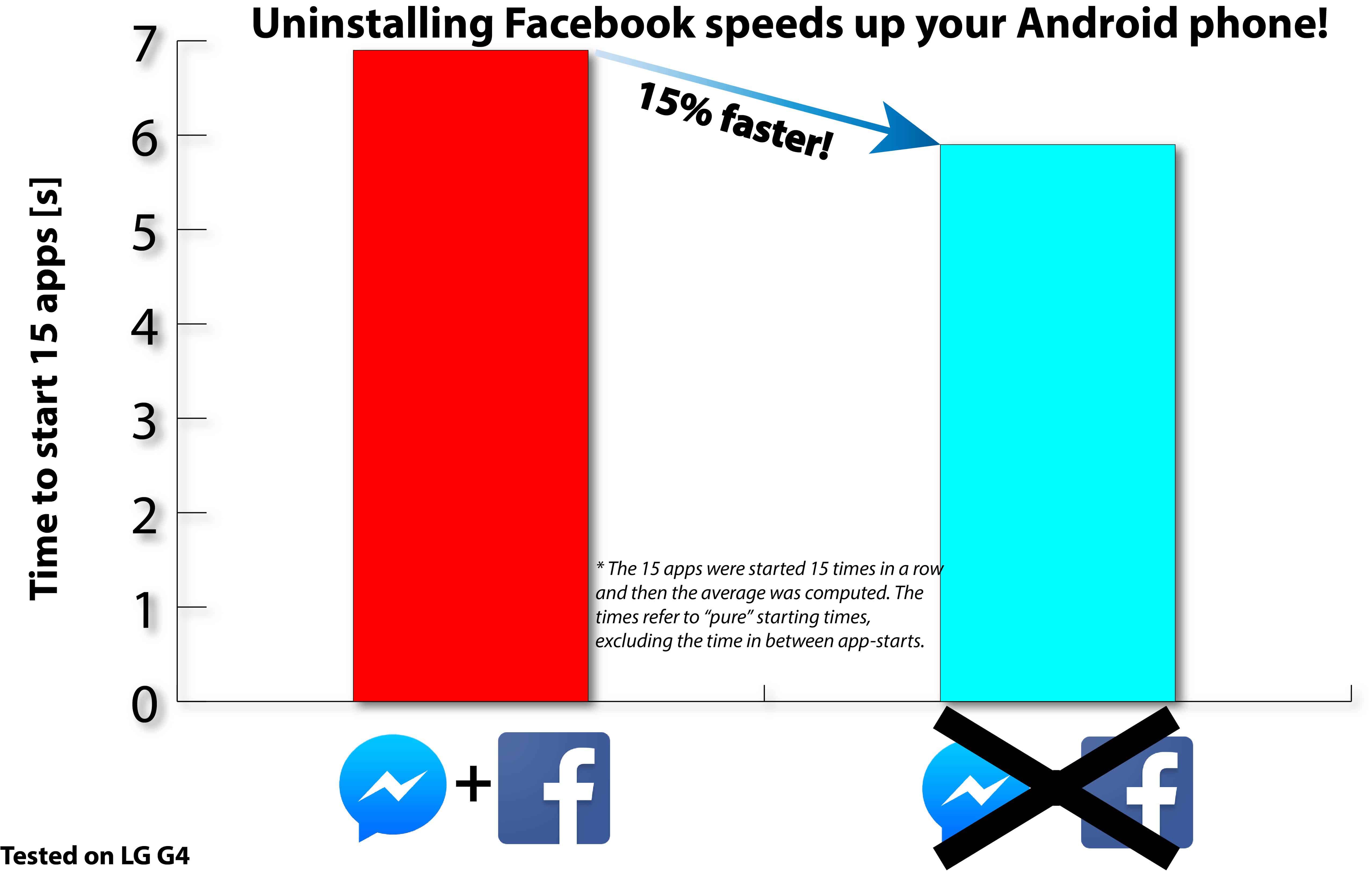