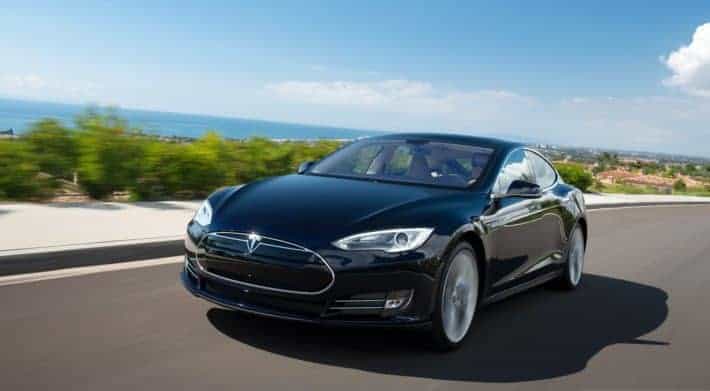 Almost every day, some tech company or automaker reminds us that Google isn't the only firm developing self-driving cars and the tech to power them. The big automakers showed up at CES to show off their latest and prove they're hip, but one company apparently doesn't scare easily. Not because they aren't vulnerable, of course, but because they're already riding the new wave in many ways, including scooping up ex-Googlers. I'm speaking of course, of Tesla, who has had a history of getting their toys on the ground before anybody else does; in some cases, before lawmakers are ready for them.

According to CEO Elon Musk, the breakneck pace of development will continue. He took to Twitter to announce that "Summon", a feature that wakes up your Tesla vehicle, currently limited to the Model S, and instructs it to leave its parking space and come to you, and its sibling feature, "Unsummon", should soon work "anywhere connected by land & not blocked by borders, eg you're in LA and the car is in NY". How soon? Try within two years' time. This landmark promise of development may seem to be Elon Musk's enormous clout talking, but it actually has some merit. The fact that Telsa already has semi-autonomous vehicles on the ground should speak volumes about that, especially with the loyal following they've built up. One such loyal follower even sounded off in the comments on Elon Musk's Twitter post, calling Google's developments "toys" and touting the superiority of Tesla's vehicles and software.

Musk added that, "If you're in New York and the car's in Los Angeles, you can summon your car to you from your phone and tell the car to find you, and it'll automatically charge itself along the journey," and that he was "slightly optimistic… but not significantly optimistic…" about this development. Musk's comments and the rolling out of updates that gradually add autonomous features to Tesla's vehicles make it clear that Tesla does not plan to be left behind when the self-driving revolution finally hits in full force. For now, the summon feature is for pulling out of parking spots and garages only and works best on flat land. The feature is already plenty capable, however, and development can be expected to snowball quickly, given Tesla's track record.