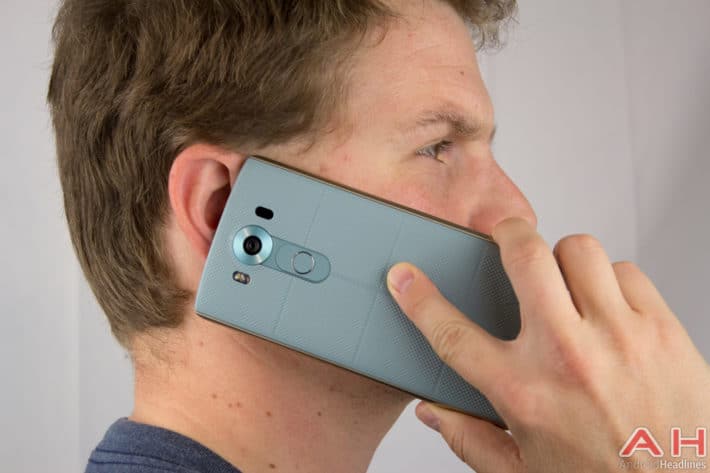 These days, we seem to do everything from our smartphones. Whether that’s ordering products off of Amazon, checking our bank account, getting a Taxi (or in our case an Uber), and even checking in on our friends and families. What would we do without our smartphones? Many of us likely don’t want to find out. However, smartphones are getting used more and more each day, Verizon and KRC Research conducted a survey between January 4th and the 6th, to see what new things users are doing with their smartphones.

What’s pretty noteworthy in this survey is that the fastest growing category in this survey is ordering rides. Using apps like Uber and Lyft, have increased 124% over the previous year. Of course that’s led by the millennials at 36%. Other notable numbers include 26% booking a table at a restaurant, and 22% used an app to book a flight in 2015. Some pretty interesting numbers here, and it definitely shows that the future is indeed in mobile and in apps. As more and more people move to using their phones more to do things that their laptops or desktop computers once did. One has to wonder, how much longer will the PC industry be relevant?

Verizon also broke it down to show us those that used an app for the first time to do things like purchase a product, which was 23%. While those that made their first bank transaction using an app was 23%, booking restaurant reservations was 11%, booking a flight was 8% and ordering a ride was 12%. You can check out the full infographic from Verizon and KRC Research down below. The numbers were not just Android users, but all smartphone users. 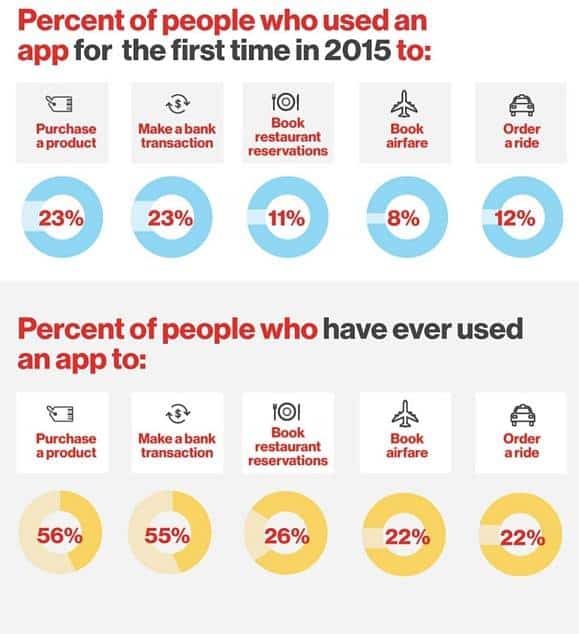