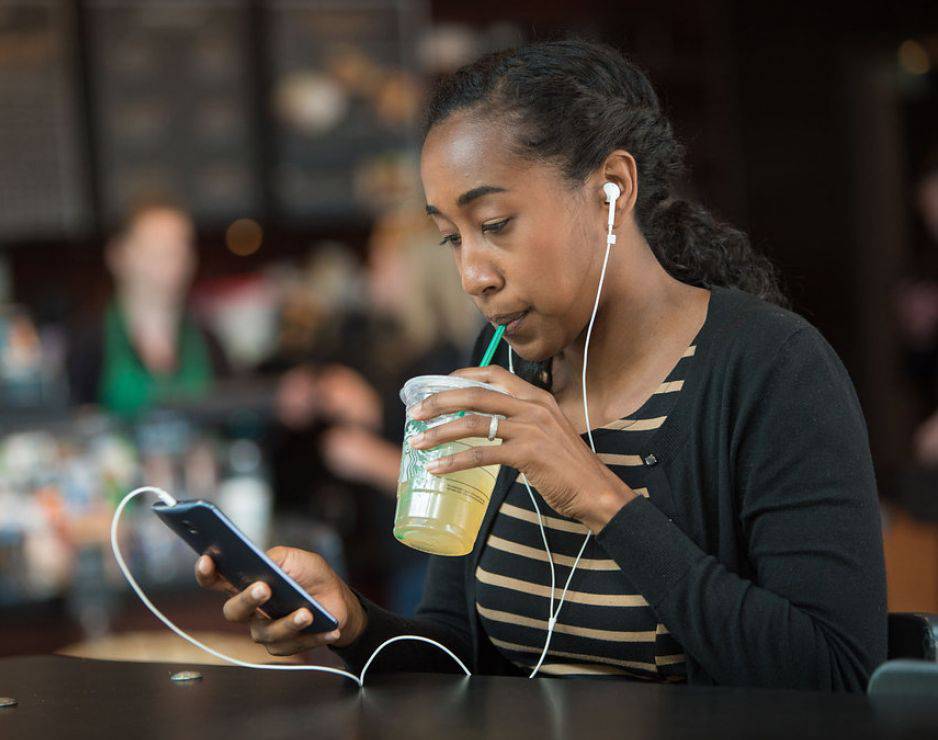 What goes better with a cup of Starbucks than good conversation or when you are by yourself, a good tune?  Starbucks, like the more traditional 'coffee shop' of years gone by, has tried to capture that combination of good coffee and live music by playing in-house music in the background.  Starbucks even sold CD's from 1994 up until last year, shortly after they inked a deal with Spotify to pipe their music into the stores.  Howard Schultz, Chairman and CEO of Starbucks said, "Music has played a pivotal role in our stores for over 40 years and we have been at the forefront of how to integrate it into a retail environment.  Today is the next era in that experience.  We are merging the physical and digital, providing new access points for Spotify as they continue to grow globally, placing more control into our customers' hands and giving artists the world's largest stage for them to share their talent."

Over the years, Starbuck's entertainment team has selected a diversity of musical genres and has spotlighted legendary artists, such as Bob Dylan, John Lennon, Aretha Franklin, Ray Charles, The Rolling Stones and many others – choosing their favorite songs for Starbucks Artist Choice series.  Starbucks has always included seasonal CDs to celebrate the holidays and have helped to bring recognition to emerging artists like John Legend, Madeleine Peyroux and others.

Now Starbucks is launching a new streaming partnership with Spotify that will allow Starbuck Mobile App users to create a Spotify playlist of the music playing in one of their over 7,500 stores.  Daniel Ek, CEO of Spotify says, "Starbucks shares our passion for music and desire to create the best, personalized experience for users and customers.  Together with Starbucks, we're creating a unique new digital music experience that offers Starbucks customers and Spotify users the ability to discover even more music at Starbucks and enjoy that same music and more on Spotify, whenever they want and wherever they are."