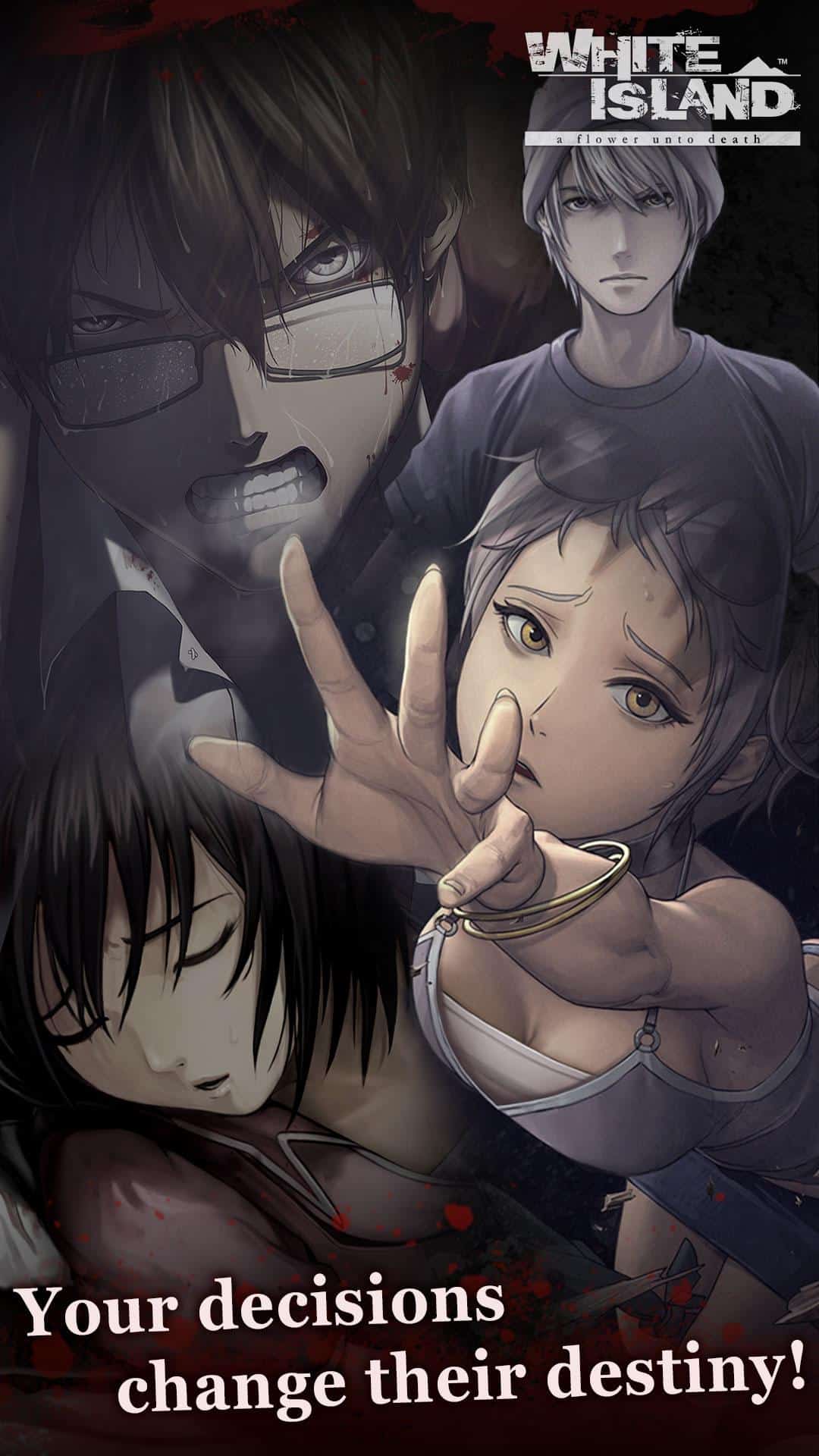 White Island is an Android game that puts players in the shoes of two different characters that find themselves on an island where people go missing each and every year. Four students have come to the Island in order to find a missing professor. White Island is an episodic game, with an eighth episode landing next January, in 2016 and there’s already a lot of content to play through. With great anime artwork and some added effects, as well as great music and sound, White Island is a game that’s more than just a hide-object thriller, but one that guides you through a compelling story with elements from manga comics, anime TV shows and classic gaming elements to deliver something truly thrilling.

As with many other games on Android, White Island can be downloaded from the Play Store, and when people first launch the game, they are thrown into things at the deep end. 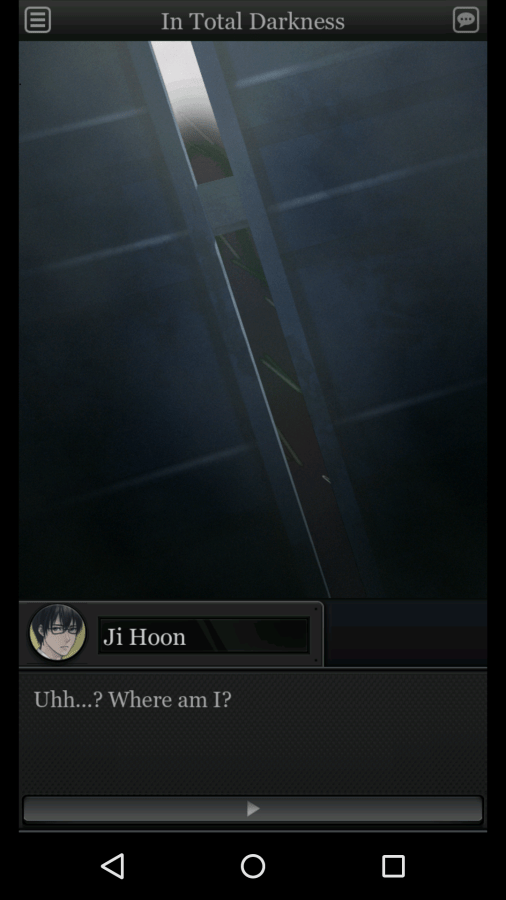 The game starts off by introducing you to a pretty bleak occurrence, and as things progress, the game slowly starts to lift a curtain onto the hell that Ji Hoon, one of the playable characters, has gotten themselves into. 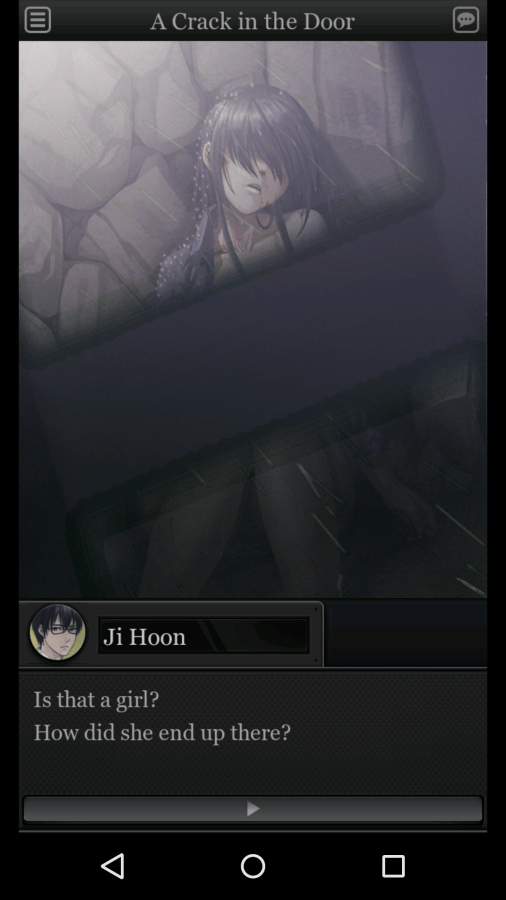 The game has elements of hidden-object games in it, like the need to find different objects and such. 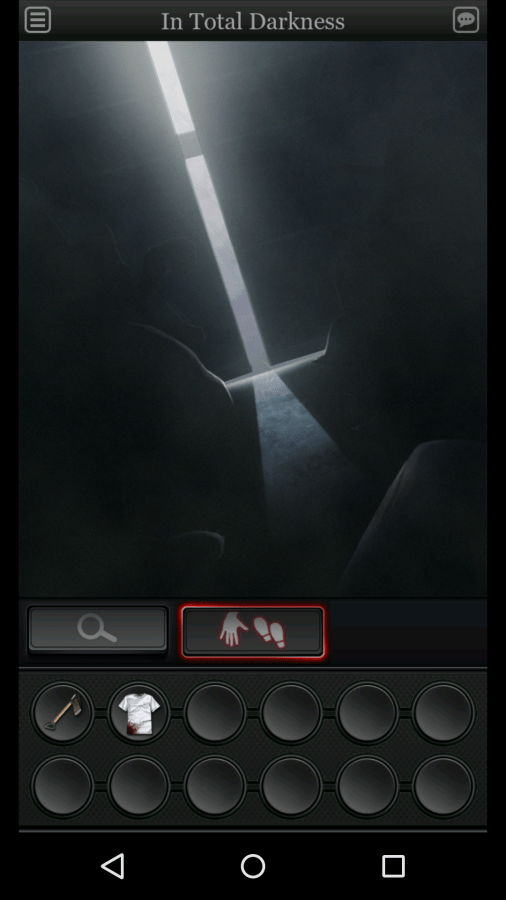 The game takes this further than others however, as it tasks the player with creating combination items, as well as solving some pretty difficult puzzles, too. 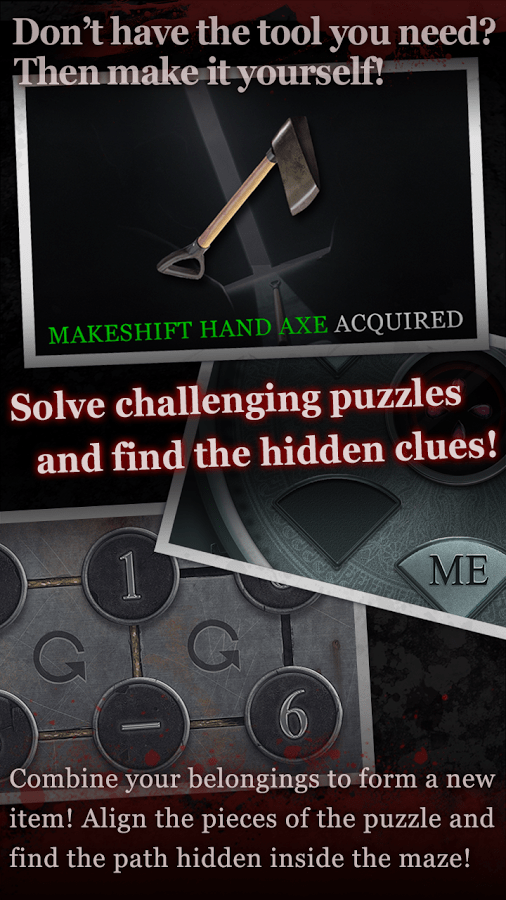 I don’t want to ruin too much of the story here, as that’s most of the game, really. However, the game is not your typical page-by-page affair and some of the events are so shocking that they flash in-and-out really quickly without giving the player any control. Things can get pretty scary on White Island, that’s for sure. 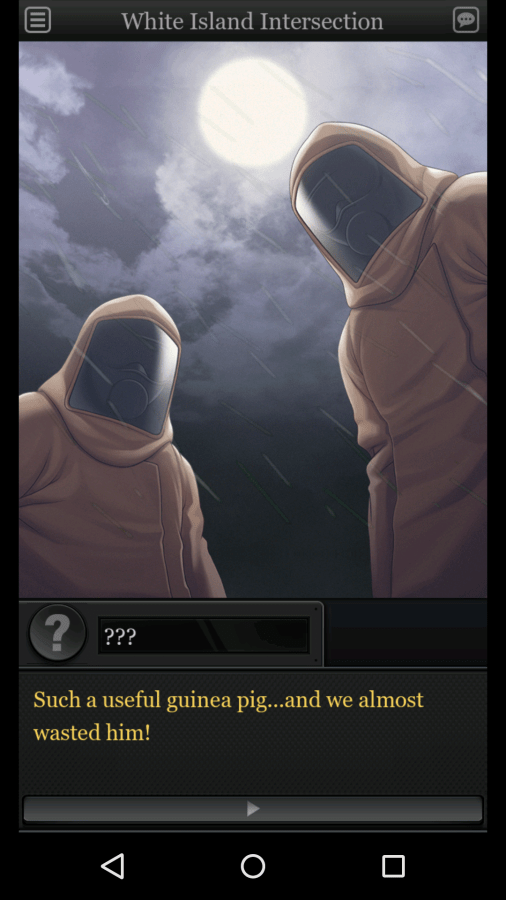 All of the artwork throughout the game looks great however, and little touches like a moving dog, animated rain and some atmospheric music all go a long way to making this game a lot better. 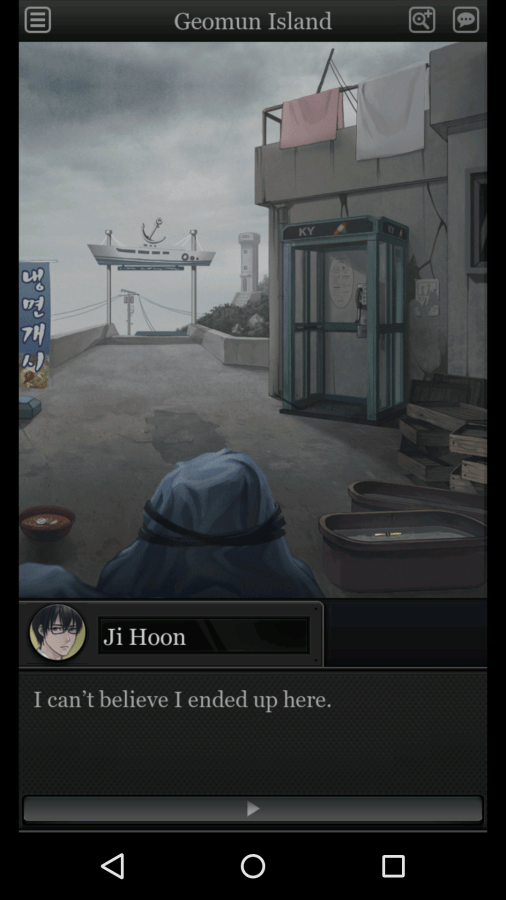 White Island is an episodic title, and how players can get access to more of the game is to pay for it with coins from the menu at any time. For new players, they can play the Intro as well as Episode 1 for free, right away. Each episode after that can be played for free if the player waits for three days. 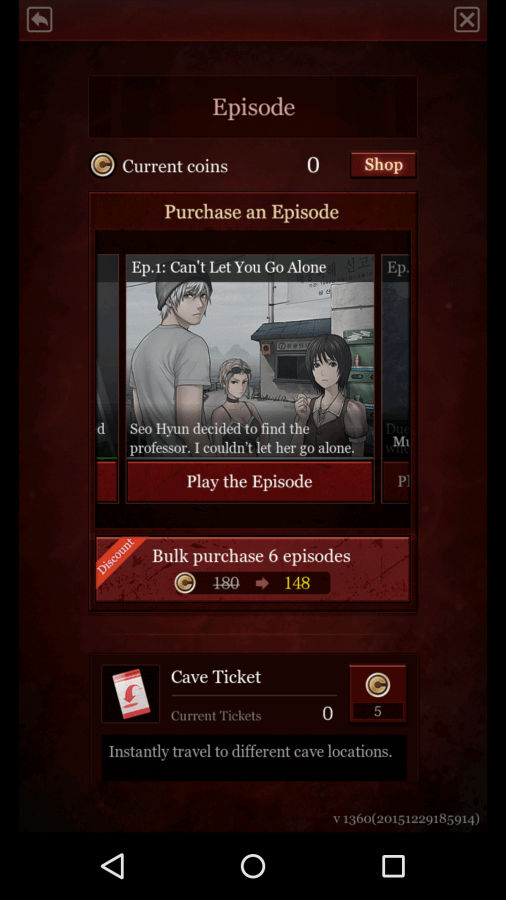 To get more coins, users need to pay for them through in-app purchases, but considering the first episode is free and waiting three days gets you subsequent episodes free this isn’t so bad. In fact, there are also a number of free methods in order to gain coins, such as spreading the word on Facebook as well as creating a free account, too. 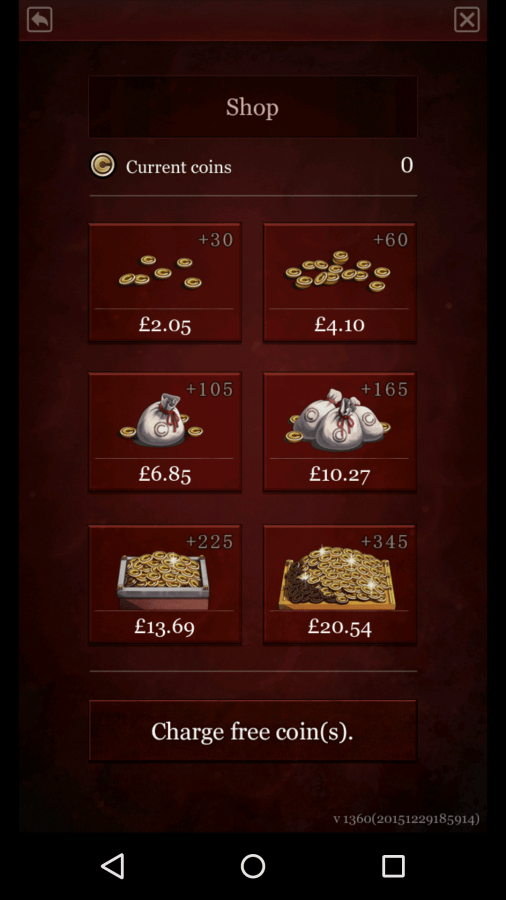 These coins can be spent on other things as well, such as in-game bonuses and helpers, like the Focus Lens. As such, players that pace themselves and wait for episodes to become free will have coins to spend on more in-game items and bonus features. 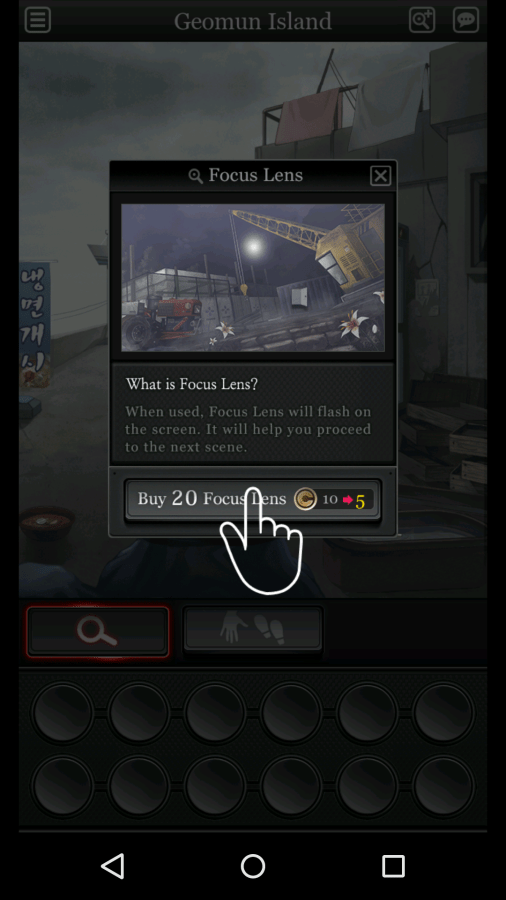 White Island is a pretty intriguing Android game, I wasn’t sure what to expect when getting started with the story. Was this another hidden-object game with a bit of a twist, or something more than that? The answer is most definitely the latter, as White Island combines all manner of things together with excellent artwork and animation. I felt like I was playing out a sort of anime step-by-step and PC gamers that spent time with similar games will know exactly what I’m talking about. The combination of different objects as well as the puzzles keep players on their toes and just the way that the game that provides tiny details here and there to draw you in had me hooked as well. The coin system is perhaps a little confusing, but the long and short of it is that players can get each episode for free if they went for three days. The coins are not just used for the following episodes either, and they can be used for power-ups and such in-game.

All-in-all, White Island is a game that has a lot of fun to offer players that are both looking for something a little different as well as their next adventure game. The artwork looks great, and there’s a good soundtrack to back it all up. An altogether great-looking and gripping game for those that just love a good story, White Island is well worth giving a try.