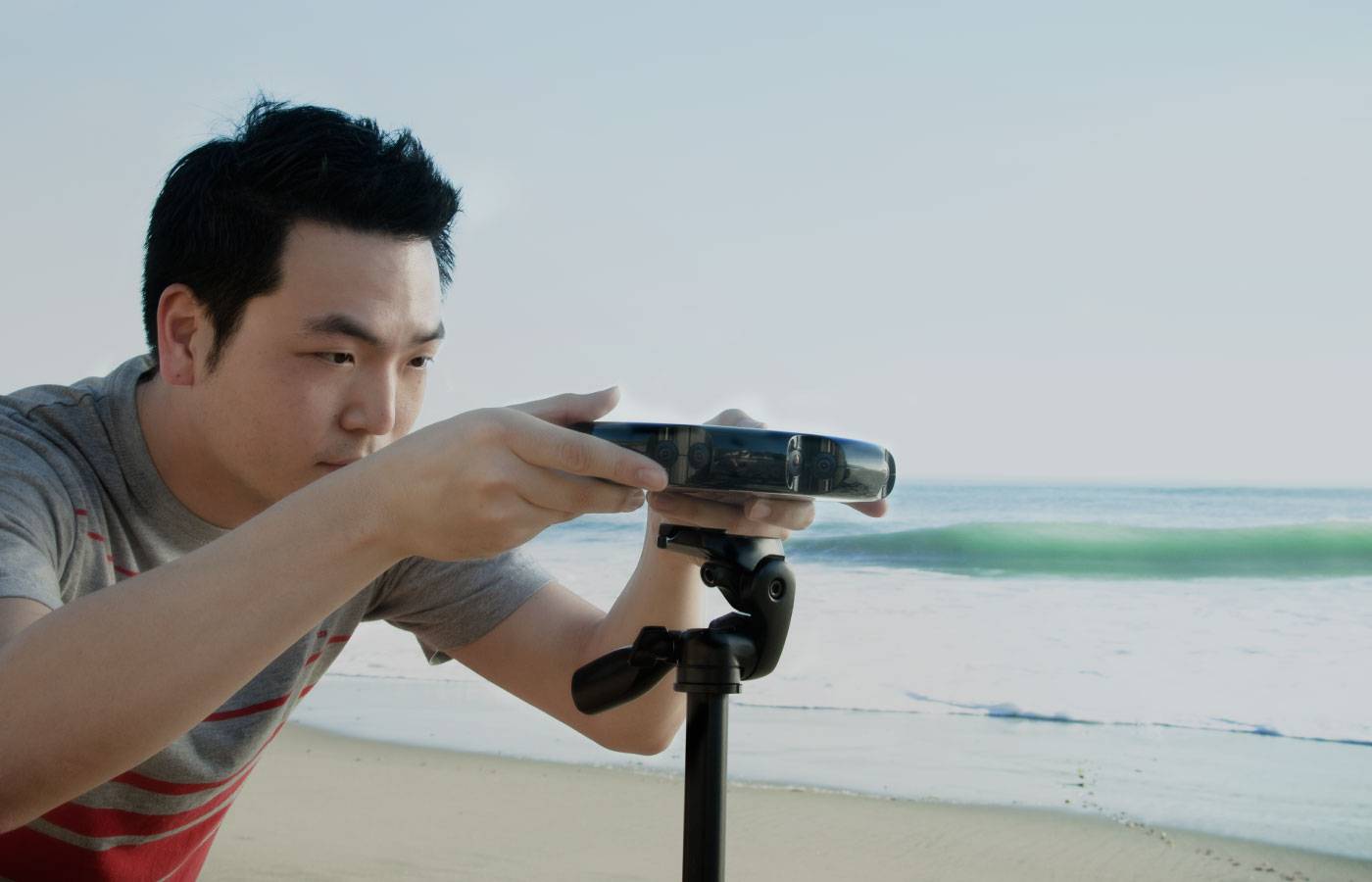 Back in 2014, Samsung announced a little something called Project Beyond. A 360 degree, true 3D camera meant for VR, it sported 16 cameras arranged in a special pattern, along with a top camera. Together, they were designed to present the area around the camera to a viewer via VR in a realistic, depth-conscious fashion using stereoscopic 3D, much like the HTC Evo 3D or Nintendo 3DS, but it much more detail and in 360 degrees. Project Beyond also made an appearance at CES 2016, sparking renewed interest in the project. The timing couldn't have been better, with the recent commercial release of  Samsung's Gear VR. Project Beyond had fallen relatively quiet in the interim, making it a bit of a surprise to see it at CES. Now, a patent has popped up on the Korean Intellectual Property Information Service under Samsung's name. This patent is for a camera of some sort, named the Gear 360.

Details were sparse, but between the year-long possible development period, new product's name and Project Beyond's appearance at CES, it's not too much of a stretch to think that a commercial release of Project Beyond is exactly what we're looking at. Intellectual property or patent filings tend to come shortly before commercial release, which means that, whatever the Gear 360 is, we may be seeing it on store shelves fairly soon. Although the intellectual property filing was done in a very tight-lipped fashion, all the hints and the commercial release of the Gear VR mean that we could be seeing incredibly immersive 360 degree content very soon.

If this filing is indeed Project Beyond, the applications for the Gear VR could very well move the consumer VR space forward in brand new ways. Things like gaming in real environments, 360 degree movies and interacting with faraway friends in a virtual view of their own surroundsings via VR all seem like possible applications for Project Beyond, although it is entirely possible that uses that aren't even conceived of right now could pop up. The medical and engineering fields in particular come to mind, but possible applications could exist in real estate, sports and other fields as well.