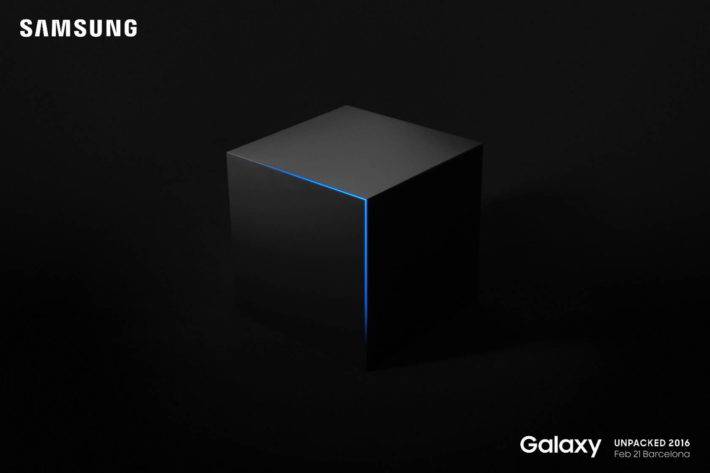 Samsung's Unpacked 2016 event has already been rumored for a little while to happen either on February 20th or February 21st, and earlier this morning a leaked image teased that Samsung would be unveiling the next Galaxy on February 21st, further suggesting that the 21st was the actual day of their upcoming Unpacked event. That day has now been confirmed by Samsung as they have just sent out invites to the press for the event stating that their next Galaxy Unpacked happens on the 21st of next month, and that doors will be opening promptly at 6PM CET with the event starting 7PM CET.

While Samsung (for obvious reasons) doesn't give any details up about what they will be unveiling, the words "Galaxy" on the event invitation image makes it pretty clear what the star of the show is going to be. This means that in three weeks Samsung will be showing off their latest and greatest flagship device which should include the Galaxy S7 and the Galaxy S7 Edge variant. In addition to the invites being sent out to press, Samsung has also posted a YouTube video on their Samsung Mobile page which also confirms the February 21st event date.

The short video shows an individual placing a Gear VR headset on and then reaching forward to grab a cube shaped object in the virtual reality space. While this video could mean nothing and it's just Samsung's way of announcing the event date and time, it's also possible that it suggests they will be setting the event up to be viewed in virtual reality, although this is simply a guess with no details to support or confirm the notion. While it's now confirmed that the public will get to see the Galaxy S7 and possible variants at Galaxy Unpacked 2016 in just a few weeks, no actual details about the devices are known just yet, however, Samsung states that users should be ready to "rethink what a phone can do." This statement in itself suggests that the Galaxy S7 will have som potentially compelling and interesting features that users will want to get their hands on. While no one has seen the Galaxy S7 officially yet, a pair of leaked press renders from a couple of days ago could have showcased what the design of the phone will look like.