It is no secret that Samsung is preparing to release their next-generation Galaxy S smartphone, the Samsung Galaxy S7. The company typically releases a new Galaxy S smartphone at this time of year and the rumors, leaks, renders, and the rest, have been coming in thick and fast lately. However, what is less clear is how many Galaxy S7 devices will be released. It was initially thought as many as four could be released, although the most recent suggestion is that there will only be two variants, the Galaxy S7 and the Galaxy S7 Edge. Speaking of which, the Galaxy S7 Edge has now reportedly been spotted being benchmarked.

The benchmark comes from Geekbench and in terms of the main findings, its single-core score came in at 1363 and its multi-core score came in at 4951. However, the benchmark also provides us with some additional details on what some of the likely specs could be. While not greatly informative, the benchmarks do show that the device tested comes with 4GB RAM and also comes running on Android 6.0.1 (Marshmallow). It also does seem that this is a device which comes running with Samsung's own Exynos 8890 processor, which could suggest that this is an international version. As it does seem likely that Samsung will be releasing a North American variant of the twin Galaxy S7 devices with the Qualcomm Snapdragon 820 processor inside. On a last note, the model number listed for the device is SM-G935.

Besides the specs, it is the model number which largely is confirming that this is the Galaxy S7 Edge, as the model number was one which was reported some months back as belonging to the Galaxy S7 Edge. For reference, it is largely thought the Galaxy S7 will be the SM-G930. A model number which has since been reconfirmed a number of times and most recently, last week when the Galaxy S7 was also spotted passing through Geekbench – again sporting an Exynos processor and specs which seem to be in line with the current Edge variant specs here. Although, it is worth noting that the previous S7 Geekbench results were a little higher than the ones noted now for the Edge version. Either way, you can head through the source link below to see the results in more detail. 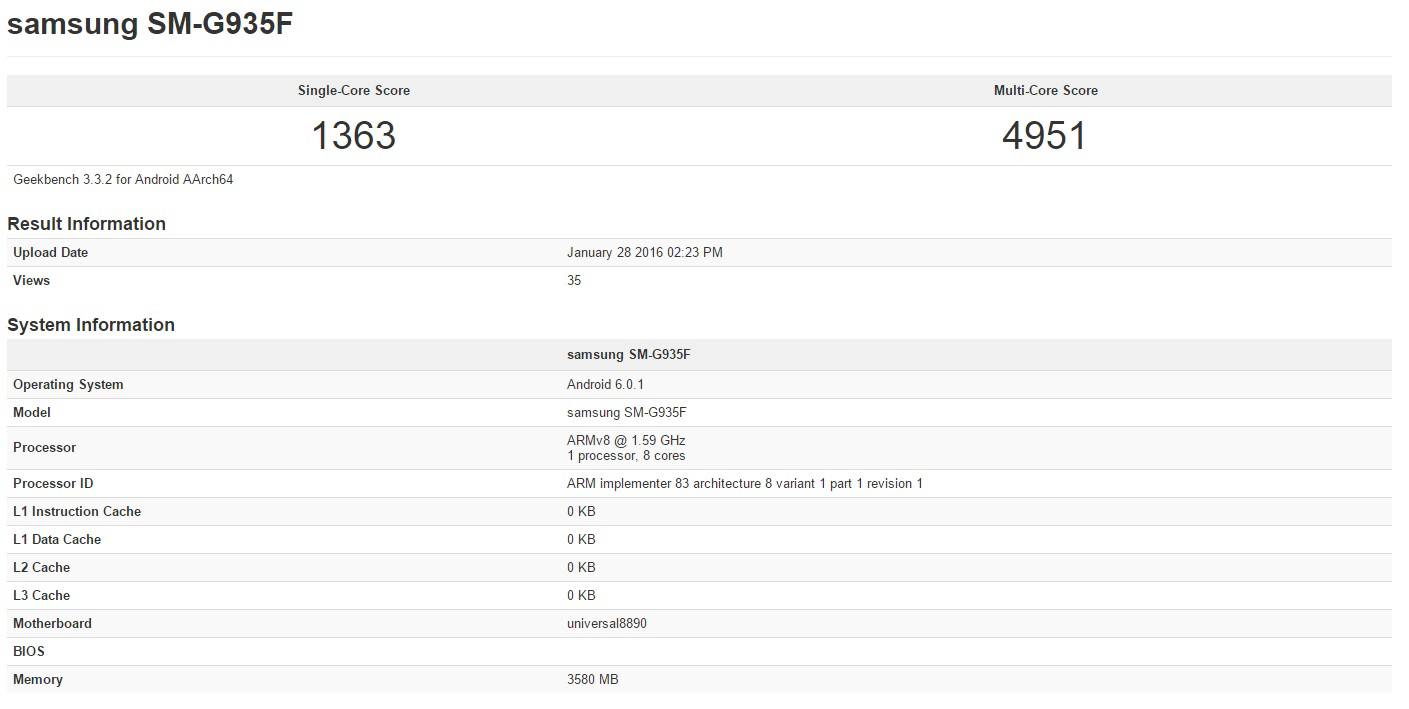