Samsung has introduced second-gen Galaxy A3, A5 and A7 handsets last month, and the company's upcoming Galaxy S7 flagship has been leaking for quite some time now. Anyhow, Samsung's 'Galaxy A' line of devices can be considered their mid-range line of smartphones, and the latest Galaxy A device to reach the market is the Galaxy A9. This phablet has been rumored for quite a while until Samsung finally unveiled it at the end of last month. Samsung did not release the phone's price at first, even though we've seen several rumors regarding its pricing. Well, the phone is now available for purchase, read on.

Samsung Galaxy A9 is now available for purchase through Samsung China's official website, and it costs 3,199 Yuan ($490), which means the rumors were spot on. The Galaxy A9 features a 6-inch fullHD (1920 x 1080) Super AMOLED display along with 3GB of RAM and 32GB of expandable internal storage (expandable up to 128GB via a microSD card). The device is fueled by the Snapdragon 652 64-bit octa-core processor along with an Adreno 510 GPU for graphics. The 13-megapixel OIS camera (f/1.9 aperture) is located on the back of the Galaxy A9, and an 8-megapixel shooter can be found up front. This is a dual SIM handset which offers 4G LTE connectivity, and packs a non-removable 4,000mAh battery on the inside. Speaking of the battery, the Galaxy A9 also ships with fast charging support, which will certainly come in handy. This phablet is made out of metal, and it measures 161.7 x 80.9 x 7.4mm, while it weighs 200 grams. The fingerprint scanner is also a part of the package, and it is built into the physical home button which is located below the display.

That being said, this handset is available in Silver, Pink and Gold color options, though keep in mind that the Gold color option is currently out of stock in China. For those of you who live in the US, you might want to know that the Galaxy A9 has already been cleared by the FCC, and Samsung is actually expected to announce this phablet during CES in Las Vegas this month. 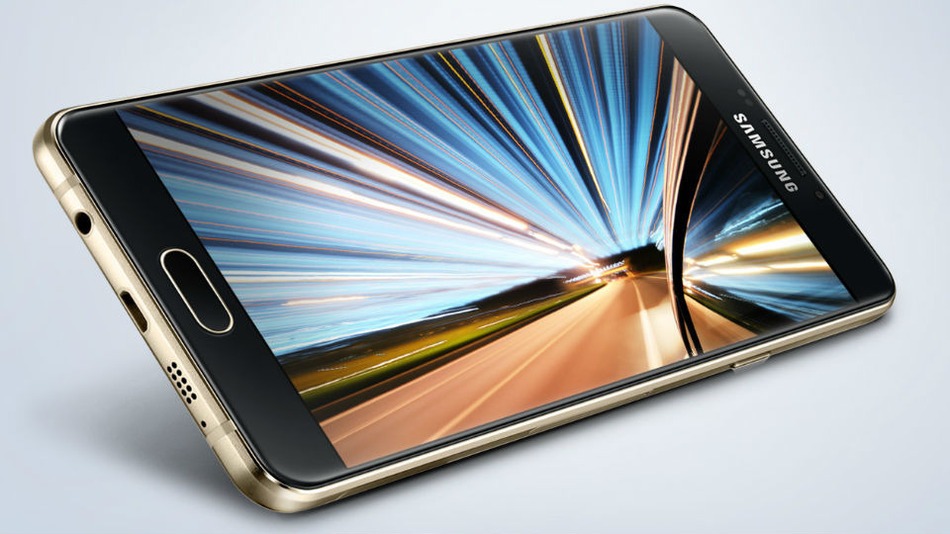