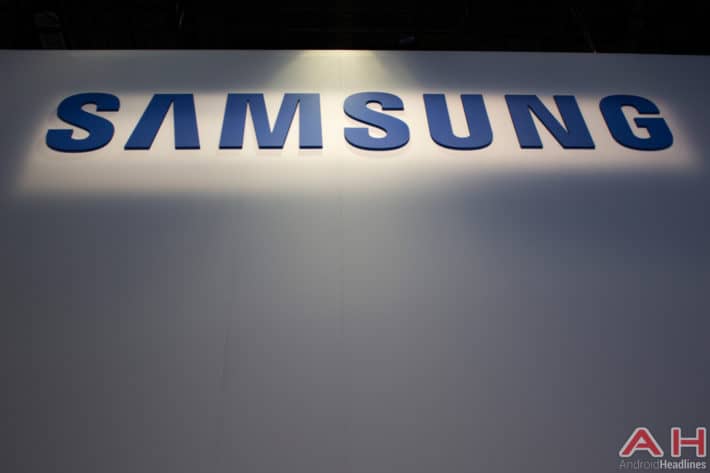 When it comes to smartphones, few are more highly anticipated then the latest and greatest from Samsung. This is normally defined as the latest generation smartphones from the Galaxy S series and the Galaxy Note series. In terms of next, this means the Samsung Galaxy S7. It is largely expected that the Galaxy S7 will be introduced next month when MWC finally kicks off and in the build up to that anticipated unveiling, the rumor mill has been churning consistently.

In fact, today alone has seen a number of reports coming through about the Galaxy S7 including a report detailing that Galaxy S7 was spotted being benchmarked and also a report which states the Galaxy S7 will be coming with an upgrade plan. However, the most recent of which was the reporting that a leaked slide had emerged which detailed a number of the specs that the Galaxy S7 will likely come with. However, one of the most frequent debates about the latest generation Galaxy Smartphone, is how many variants there will be. It is already understood that Samsung will not simply release one variant of the Galaxy S7, as they routinely now do release a number of variants. The Galaxy S6 for instance came in a standard form, an Edge variant, and Edge+ variant. It has been previously rumored that the Galaxy S7 might follow along this line, albeit with four versions being released consisting of the standard Galaxy S7, S7 Edge and a (+) version for the standard and the Edge variants.

That said, more recently, the idea of four being released is starting to look less and less likely with some reports already detailing that the Galaxy S7+ will not be coming. Now, a tweet has been sent out by @evleaks this morning which seems to confirm that there also will not be a (+) variant of the S7 Edge either. Instead, the tweet which also comes with a nice image further confirming the suggestion, states there will only be two variants, the Samsung Galaxy S7 and the Galaxy S7 Edge. Of course, with the event only a few weeks away, it should not be long before firm details are actually known. 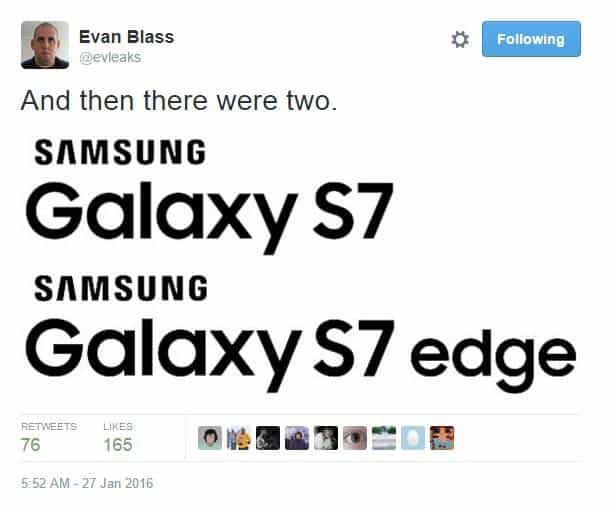