During 2015, Pushbullet was one of the services which saw a significant level of development. This resulted in a number of updates rolling towards the service on a fairly routine and consistent basis, as well as a new Pro version which came through. Now 2016 is here, it is already starting to look like that continued momentum of regular updating will continue, as the company has today announced the next of their updates which is rolling out, the first for this year

The update itself brings two key aspects worth noting. The first is the ability to send pictures messages. Back in December, the company announced the introduction of group SMS messages and this follows on from that update but with the focus on images. Now, users can simply add an image to a conversation and the Pushbullet software will convert the images and send via SMS. One of the benefits of this, is that if sending from a computer, no one will be the wiser as all the converting happens by Pushbullet during the transmission phase. The second part of the update is concerned with improving their overall SMS service. Pushbullet notes that the biggest issue with SMS is the receiving phone’s connection, which if weak enough, often results in failed messages being sent. As a means to combat this, Pushbullet today announced they have developed a new system to help improve the reliability of the service. The main aspect of the new system is that it syncs with your smartphones and looks to queue messages so that the moment they can be sent (if they cannot be sent there and then), they will be sent. Instead of just failing and being returned.

In terms of the update, Pushbullet has confirmed that the update is heading out for the Android phone app as well as Windows and Chrome. Depending on which platform you are using, the advice from the company is to check if the update is there by either heading over to the Play Store or quitting the application and re-opening. Those interested can read the full blog post released by Pushbullet today, by heading through the source link below. 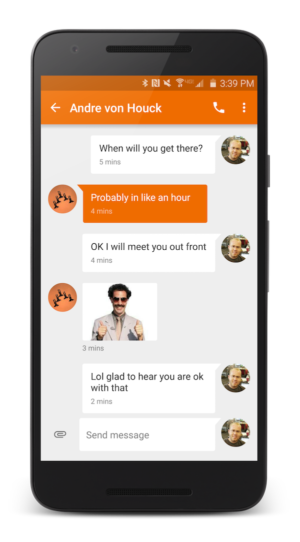