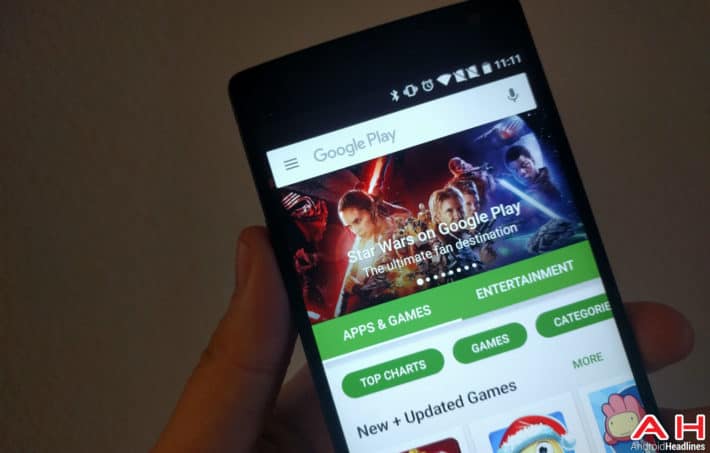 Apple and Google have always been rivals of one another with active users, profit shares, and worldwide global distribution at the forefront with these two companies. So it's nothing new when we hear about these two trying to upstage one another. In fact, when we here "Apple" most of us can conclude immediately that the opposite of Apple would be Google. Both tech giants have successful mobile phone divisions as well as web browsers while each company also has an array of tech products in many different markets as well as profits that soar towards the sky. But there are times when one out does the other in one form or another in what will always be a back and forth venture.

In the latest of news from both Google and Apple, Google has claimed king of global app downloads, with downloads as much as twice that of Apple according to 2015 statistic app metrics company App Annie. Google was able to more or less accomplish this with its expanding market reach growing and developing its market within different countries such as Brazil, India, Indonesia, Turkey, and Mexico. These countries accounted for nearly half of Android's overall download growth. With numbers like these and seeing its overall user base growing substantially its no wonder Google was recently seen acquiring quite a bit of office space for its sibling division YouTube.

Although it's clear that Google's empire is growing, having around 200 million downloads versus that of Apple's 100 million downloads, Apple's App Store still managed to bring in more revenue than the Google Play Store. Apple's App Store revenue growth can be thanked due to its user base in China, U.S and Japan accounting for nearly 90 percent of its increase. The more important contributor China, grew its iOS downloads 20 percent from Q4 2014 to Q4 2015 and even doubled its revenue. The UK in is in fourth place globally for its iOS downloads as well as revenue, giving Apple that extra edge over Google's hold on app downloads. Along with Apple's global increase in music revenue, which is 2.2 times higher in 2015 than 2014, the report also shows that wearables and TV were among the most popular platforms for apps and is a space that we all should be watching for in the future. We can obviously see that Google and Apple have such a strong influence on one another that it's seen from all corners of the globe. Even as we look on and see the two tech giants duking it out, we the consumers are the ones who will ultimately benefit as prices lower and technology advances.