Mobile payments have been around for a while now, and in fact Google tried to get Google Wallet to take off with the Nexus S a good few years ago now, but Google couldn’t get the service to stick. Whether or not their partner, Sprint, was to blame or the industry wasn’t ready is still up for debate, but last year mobile payments were back. Apple Pay launched with the iPhone 6 and Apple Watch and soon after Samsung announced Samsung Pay and Google introduced Android Pay. LG is a name that we’ve heard associated with mobile payments for some time and now, their answer to Samsung has been spotted in South Korea, and it’s not what you think.

It had been reported previously that LG would be looking to introduce a more traditional payment method than Samsung Pay and Apple Pay, in order to give users greater flexibility and fewer hurdles to deal with. The end result appears to be a physical card with a little added technology to it. Coming from Korea’s Electronic Times, the LG Pay White Card is the same size as a credit card, but features a small display and a couple of buttons. These buttons allow users to choose which card is currently simulated by the LG Pay Card and the display should tell users which card it is that they’re using. This approach seems to be one that should cut out the middleman when using payment systems like Apple Pay, and an unnamed spokesperson told ETNews that LG Pay will not move around information and that card providers themselves can control everything on their end.

50,000 of these have apparently already been manufactured for testing. This sort of solution is probably a stop-gap before more of LG’s devices carry fingerprint sensors for secure authentication or secure elements. Regardless, this is something that the average user can get behind, but how the card will charge and how long it will keep its battery will be determining factors in how popular the card ends up being. We could hear more about it during MWC this year however, and LG has already announced their plans for a press event. 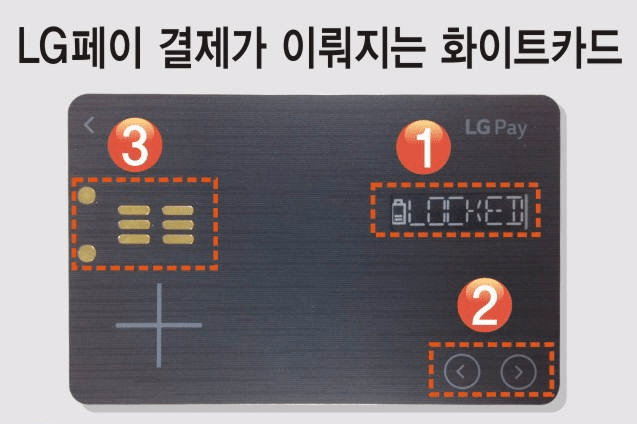