Do we have a good one for you today – another Goliath vs David as the Samsung Galaxy S6 goes up against the new OnePlus X.  Touted as a flagship smartphone, the Galaxy S6 has the specifications and price to match.  The OnePlus X is OnePlus’ newest device, but definitely priced as an entry-level smartphone, but it does have a Full HD AMOLED display and 3GB of RAM and expandable internal memory.  It is as if OnePlus took some old parts (32-bit Snapdragon 801 processor), added some more mid-range specs, and priced it at an incredible $249.  Build quality on both devices is top-notch, although the metal and glass Galaxy S6 is a tad more elegant looking.  How does the $249 OnePlus X stack up to the $575 Galaxy S6?  Let’s take a look at what these two devices might have in common before we dissect the individual devices. 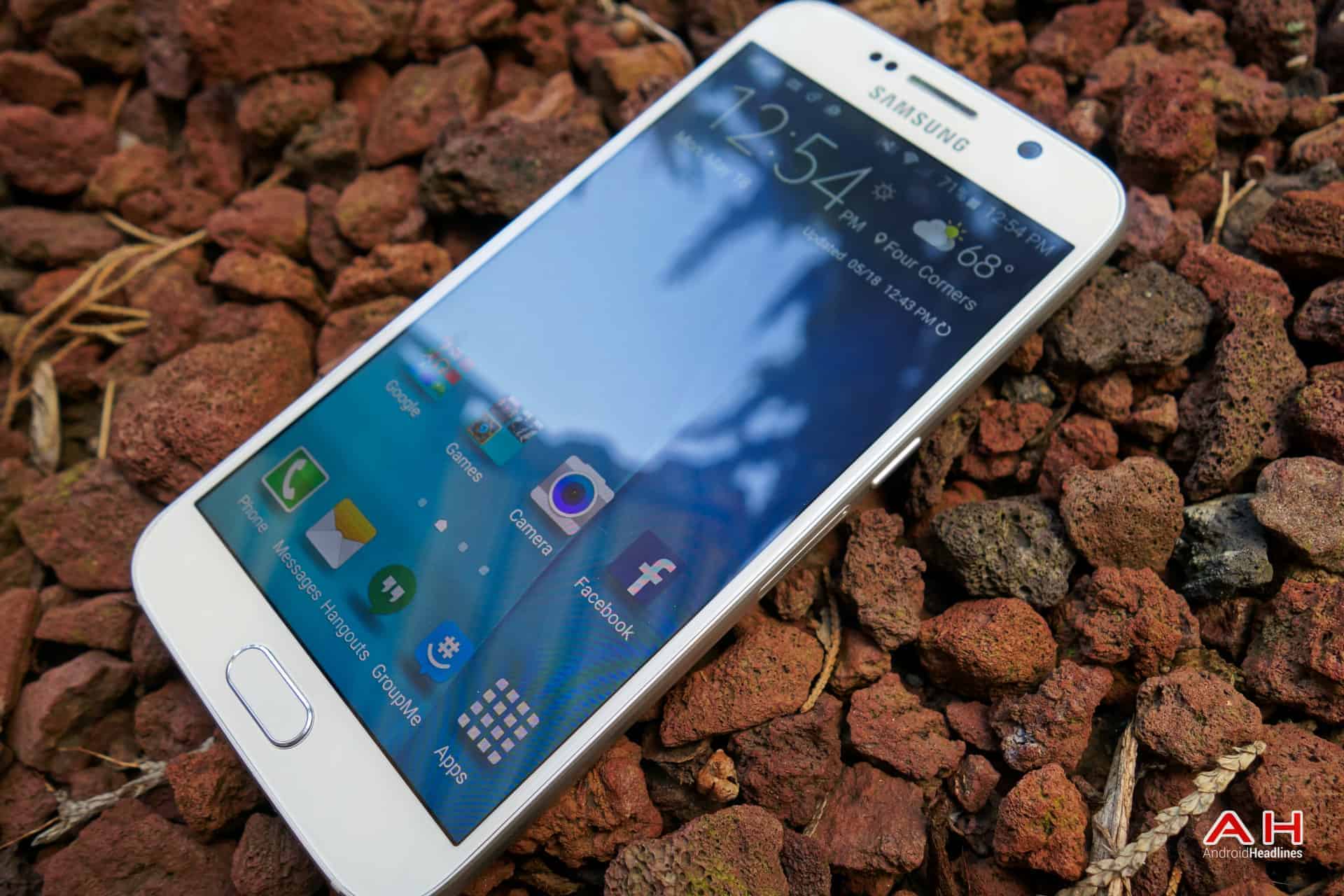 Samsung made some drastic changes with their design of the new Galaxy S6 – gone is the plastic and now we have an aluminum unibody with Gorilla Glass 2.5D on the front and Gorilla Glass 3D on the back.  It comes in a variety of colors, such as White Pearl, Black Sapphire, Gold Platinum and an exclusive Galaxy S6 color, Blue Topaz.  The Galaxy S6 is beautiful from every angle with a premium feel and solid build. However, the OnePlus X is also a well-made device, especially when you consider its $249 price tag.

The Galaxy S6 sports a 5.1-inch Quad HD Super AMOLED display with a resolution of 2560 x 1440 pixels and 577 pixels-per-inch (PPI).  This goes up against the OnePlus X’s FHD 5.0-inch display and 441 PPI.  Samsung decided to go with their in-house 64-bit Exynos 7420 octa-core processor using the first 14nm technology.  It has four cores clocked at 1.5GHz and four cores clocked at 2.1GHz.  The OnePlus X uses the 32-bit Qualcomm Snapdragon 801 quad-core processor from 2014.  The Galaxy S6 is packing 3GB of the faster DDR4 RAM, compared to 3GB of DDR3 RAM used in the OnePlus X.  The Galaxy S6 memory options are 32GB, 64GB or 128GB models with the new and faster Samsung UFS 2.0 flash memory, but there is no room for expansion.  The OnePlus X comes with 3GB/16GB of internal memory with expansion possible via a MicroSD card.

The Galaxy S6’s main camera has a 16MP sensor with autofocus, LED Flash, a wide f/1.9 aperture, Live HDR and OIS and is one of the highest rated smartphone cameras on the market today.  Samsung uses a 5MP front-facing camera (FFC) and they wisely added the f/1.9 aperture, 120-degree wide-angle and Live HDR for excellent low-light group selfies and video chatting.  The OnePlus X uses a smaller 13MP main camera and a large 8MP FFC…it will take decent pictures, but the Galaxy S6 will win this competition.

The non-removable 2550 mAh battery is small as is the 2525 mAh in the OnePlus X, but it should get you through most of the day.  If you run into trouble, the new Samsung battery can charge up to 4 hours of usage in only 10 minutes and they included built-in wireless charging for both Qi and PMA standards.  The OnePlus X lacks any quick charge feature.

The Galaxy S6 has a few features not found on the OnePlus X – it is Samsung Pay ready, a fingerprint sensor that is PayPal certified, includes NFC, built-in IR blaster and includes a heart rate monitor, an oxygen saturation sensor, rapid charge and wireless charging for both Qi and PMA standards.  It is running Android 5.1.1 Lollipop, although it should be upgraded soon to Marshmallow and will cost you about $575 for the 32GB model.

OnePlus already makes a high-end product, the OnePlus 2, but really wanted to tackle the low-end market with the OnePlus X.  In doing so, they selected a group of components from 2014.  You have a processor from 2014 and it has a Full HD display, but then chose an AMOLED display rather than their usual LCD display.  OnePlus tossed in a healthy 3GB of RAM, an expansion slot for memory, left out NFC, but included an FM radio.  OnePlus definitely concerns itself with quality looks and feel, so they constructed the back from ceramic, capturing a premium looking device…all for the price of only $249.

The OnePlus X sports a 5.0-inch AMOLED FHD display with a resolution of 1920 x 1080 pixels and 441 PPI.  The Samsung Galaxy S6 uses a 5.1-inch AMOLED QHD display and 577 PPI.  OnePlus went back to Qualcomm and snatched up the venerable 32-bit Snapdragon 801 quad-core processor clocked at 2.3GHz.  This goes up against the Galaxy S6’s 64-bit Exynos 7420 octa-core processor that certainly outdoes the OnePlus X’s 801.  The OnePlus X is packing 3GB of RAM and 16GB of internal storage with a microSD card slot to expand that memory an additional 128GB.  The Galaxy S6 comes with 3GB of RAM and either 32GB, 64GB or 128GB (if you can find one) with no room for expansion.

The OnePlus X comes with 4G LTE connectivity that works on a few AT&T and T-Mobile bands, a single speaker at the bottom of the device and it sports an FM radio.  It is running Android 5.1.1 Lollipop with OxygenOS on top.  The device measures 140 x 69 x 6.9 mm and weighs in at 138 grams and will cost approximately $249. 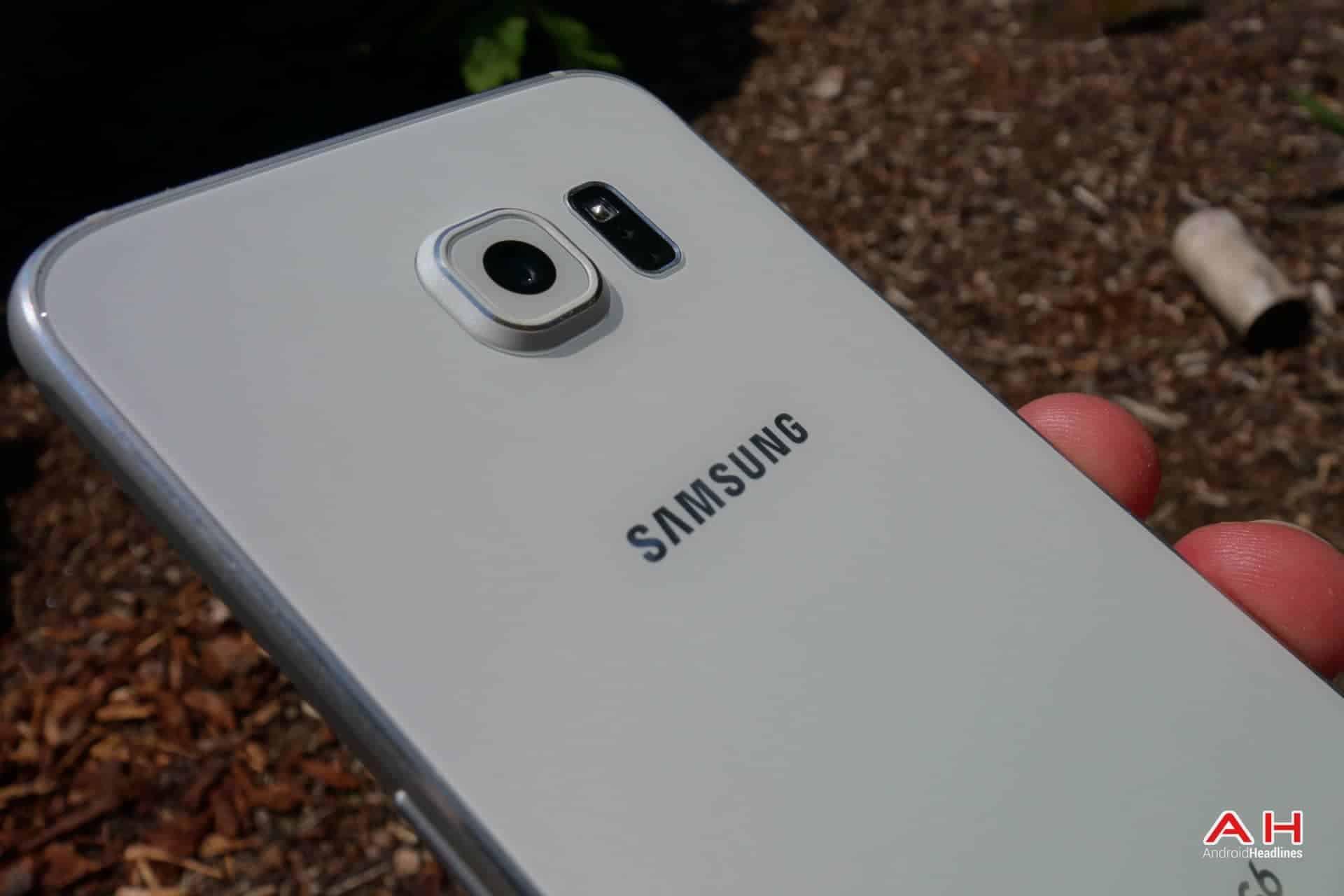 Okay, this is another comparison where the winner can only be determined by your expectations and the deepness of your wallet.  There is no doubt that the Galaxy S6 wins this comparison hands down as far as specifications go – it has the QHD display, better processor, better camera, fingerprint sensor, Samsung Pay, NFC, IR Blaster, heart rate sensor, oxygen sensor, wireless charging and quick charge.  However, all of those come at a steep price of $575 – over twice as much as the price of the OnePlus X.

The OnePlus X is certainly not in the same ‘class’ as the Galaxy S6, but we need to take into account the user’s expectations, especially for $249.  Many users do not care about a QHD display, the FHD looks great to them, especially coming from an HD display.  Some users rarely take a photo with their smartphone and they do not demand perfect photographs for contacts – or merely to show off their grandkids on their phone’s display.  The Snapdragon 801 processor is only 32-bit, but gets the job done and 3GB of RAM and expandable storage offer up something not available on the Galaxy S6.  The battery size is almost identical, although there is no quick charge option.  However, running a FHD display and 801 processor is not as taxing on the battery and should give you a day’s worth of use.

So one has to decide which category they fall into – willing to spend the money for top specifications or do you simply need a good, solid device at a reasonable price.  The most glaring difference is no NFC, which means no mobile payments on the OnePlus X, so if you want to shop with your smartphone, you will have to look elsewhere.