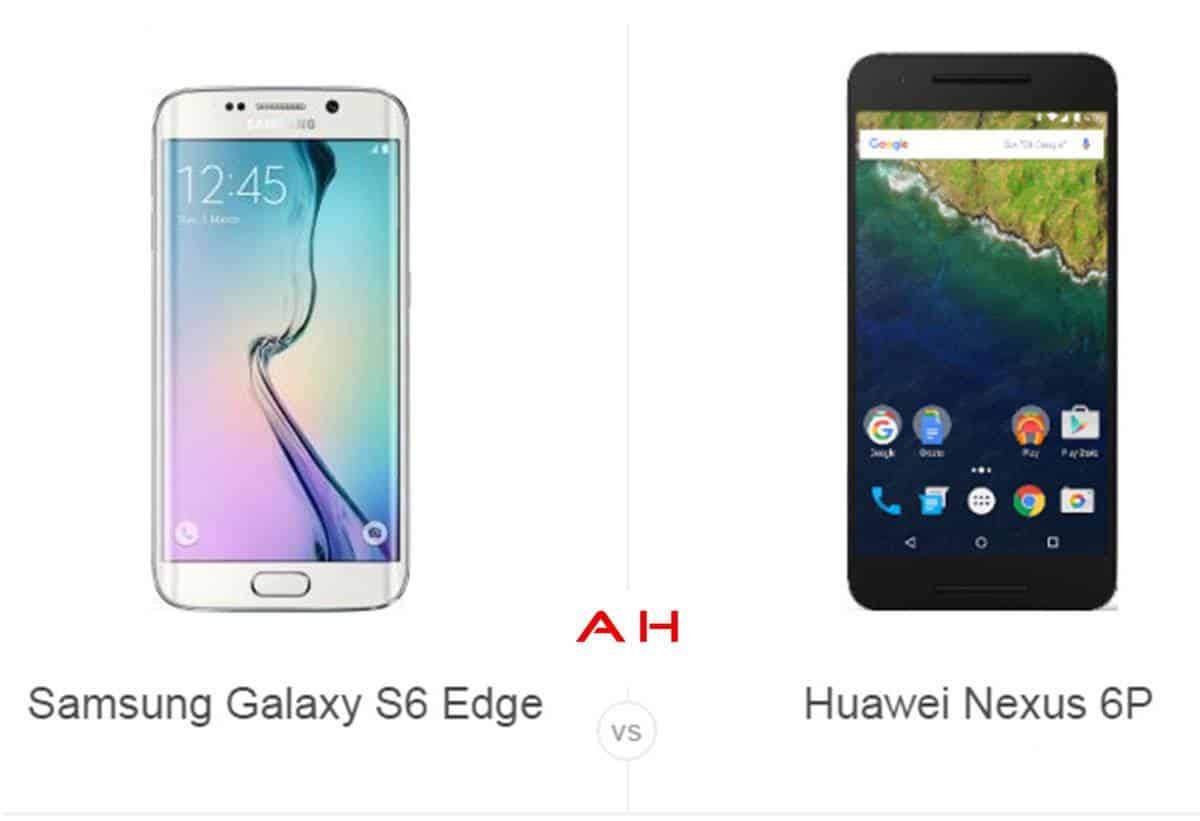 Do we have a good one for you today – the stunning and powerful Samsung Galaxy S6 Edge goes up against the high-end Huawei-made Nexus 6P.  There was a time that no Nexus smartphone could beat out a Galaxy S model for build, features or specifications, but my how have times changed.  Last year Google selected Motorola to build their Nexus 6 and rather than the mid-spec, compact and competitive price tag that we were all accustomed to seeing, Motorola presented us with a high-spec’d, huge and expensive smartphone.  This year, Google made a wise move and had LG produce a mid-range version in the Nexus 5X and tasked Huawei to make a high-end Nexus 6P – this was a way for Google to keep peace among the Nexus users and at the same time showcase their operating system in a high-end device.

Let’s take a look and see exactly what these two devices have in common and then we will look at each one on an individual basis.  Both devices use the AMOLED technology for their displays and both use Gorilla Glass 4 to protect that display.  Both devices use a 64-bit octa-core processor, but different manufacturers.  The S6 Edge and Nexus 6P are both packing 3GB of RAM, offer choices of 32GB, 64GB or 128GB of internal memory and neither offers any expansion capabilities.  Both devices have excellent cameras, but use different components.  Both have the usual suspects – Wi-Fi, Bluetooth (v4.1 in the S6 Edge and v4.2 in the Nexus 6P), GPS, NFC, fingerprint sensor, fast charge capabilities, a microUSB port (Type-C on the Nexus 6P) and both have non-removable batteries. 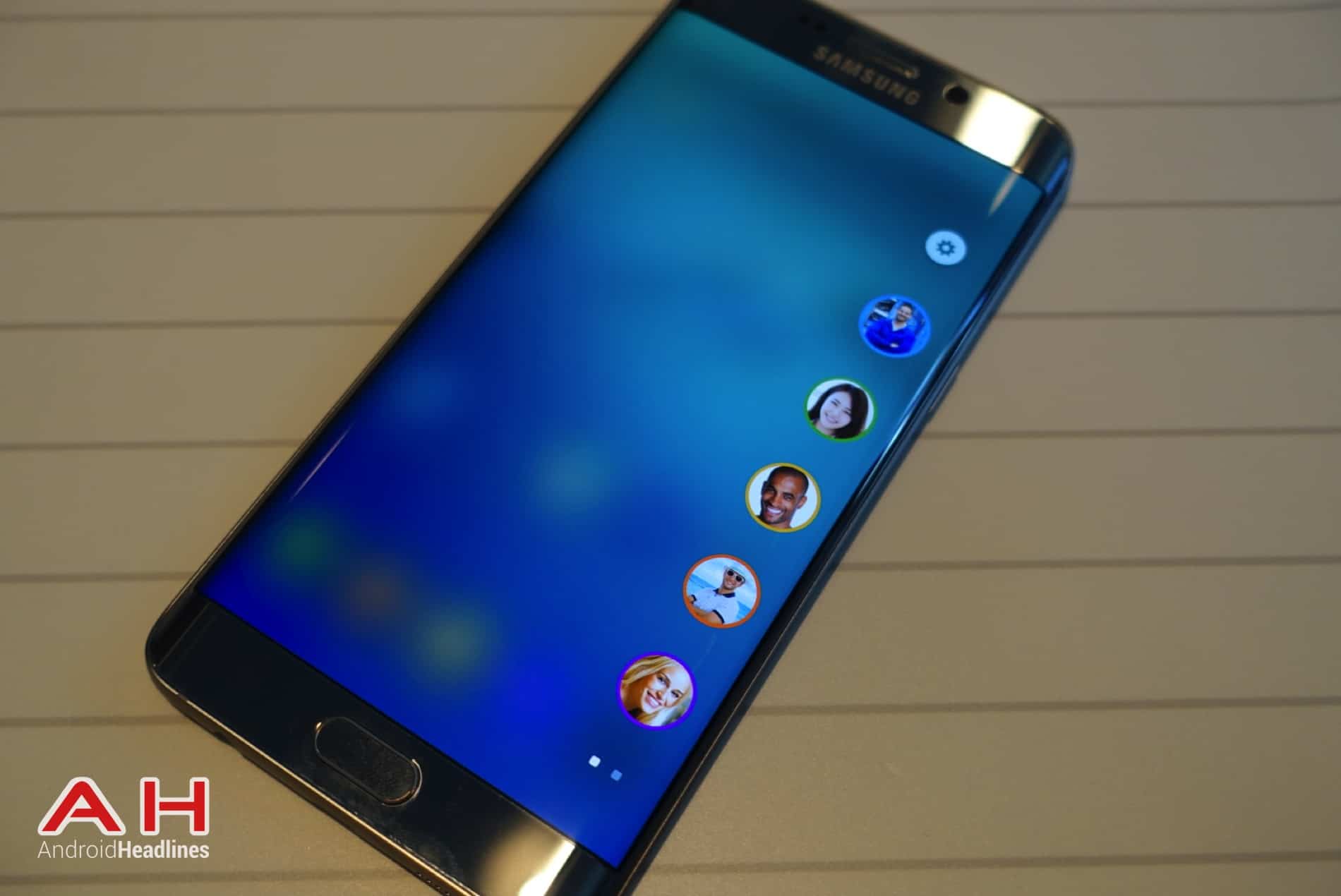 Samsung’s new glass design of their Galaxy S6/S6 Edge series is quite a change from their previous polycarbonate phase.  It is tough on the inside with an aluminum unibody and striking on the outside…if not a little fragile with its all glass design.  It comes in Black Sapphire, White Pearl, Gold Platinum and Green Emerald…subject to where you are located.  The Galaxy S6 Edge is beautiful from every angle with a premium feel and that extra ‘WOW’ factor with the dual curved display.

The Galaxy S6 Edge sports a 5.1-inch Quad HD Super AMOLED display with a resolution of 2560 x 1440 pixels and 576 pixels-per-inch (PPI) with its dual-curved screen.  This compares to Nexus 6P’s QHD 5.7-inch AMOLED display and 518 PPI.  Samsung took a pass on Qualcomm this past year and used their in-house 64-bit Exynos 7420 octa-core processor.  It has four cores clocked at 1.5GHz and four cores clocked at 2.1GHz featuring 14nm technology.  Huawei went with v2.1 of the 64-bit Qualcomm Snapdragon 810 octa-core processor in the Nexus 6P.  The Galaxy S6 Edge is packing 3GB of DDR4 RAM, as is the Nexus 6P.  The S6 Edge memory options are 32GB, 64GB, or 128GB of the new and faster Samsung UFS 2.0 flash memory with no room for expansion.  The Nexus 6P comes with the same size memory options, but uses the conventional eMMC style memory with no available expansion.

The Galaxy S6 Edge has one of the best-rated smartphone cameras on the market.  It comes with a 16MP ISOCELL sensor with autofocus, LED Flash, a wide f/1.9 aperture, Live HDR and OIS.  Samsung increased the FFC to 5MP and they wisely added the f/1.9 aperture, 120-degree wide-angle and Live HDR for excellent low-light group selfies and video chatting.  The Nexus 6P main camera has a smaller sensor at 12.3MP on the main camera but a larger 8MP FFC…it takes great pictures, but the Galaxy S6 Edge does ‘edge’ out a win in a head-to-head competition.  The non-removable 2600mAh battery in the S6 Edge is much smaller than the non-removable 3450mAh in the Nexus 6P, but it should get you through an entire day of normal usage.  If you run into trouble, the new Samsung battery can charge up to 4 hours of usage in only 10 minutes and they included built-in quick wireless charging.  The Nexus 6P also provides a rapid charge feature as well via its Type-C connector.

The Galaxy S6 Edge has several features not found on the Nexus 6P – it is Samsung Pay ready with a fingerprint sensor that is PayPal certified.  It has the definitely cool dual curves display with an ‘edge’ that adds a few functions.  It includes a heart rate monitor, an oxygen saturation sensor, an IR Blaster and quick wireless charging for both Qi and PMA standards.  It is running Android 5.1.1 Lollipop with TouchWiz UI on top and will cost you about $675 off-contract for the 32GB model.

The higher end Huawei Nexus 6P is more expensive of the new Nexus offerings, but it shows in the construction and looks.  The Nexus 6P is a beautifully designed and well-built device with an all-metal unibody construction and even though it is a large device, Huawei followed Samsung’s formula to keep it as narrow as possible to hold it comfortably in one hand.  It is available in four colors – Aluminum, Graphite, Matte Gold with the 64GB model available in Frost.

Samsung produces the Nexus 6P’s AMOLED QHD display that measures 5.7-inches with a resolution of 2560 x 1440 and 518 PPI.  This compares to the 5.1-inch Super AMOLED QHD display on the on the S6 Edge with 576 PPI.  Huawei boldly went with the 64-bit Qualcomm Snapdragon 810 octa-core processor, although it is v2.1.  It has four cores clocked at 1.55GHz and four cores clocked at 2.0GHz.  Samsung skipped the Snapdragon 810 altogether this time around in favor of their homegrown 64-Bit Exynos 7420 octa-core processor.  The Nexus 6P has 3GB of DDR4 RAM and 32GB, 64GB or 128GB of internal memory as does the S6 – neither one has room for external expansion.

The camera on the Nexus 6P has a 12.3MP sensor, laser autofocus and dual-tone LED flash…but no OIS and goes up against one of the best cameras in a smartphone in the S6 Edge with a 16MP sensor, autofocus, LED flash and OIS.  However, the Nexus 6P’s camera is rated one of the best by DxOMark with a score of 84, right under the 86 score of the S6 Edge.  The Nexus 6P has a large 8MP FFC for selfies and video chatting, while the S6 Edge has a 5MP wide-angle FFC.  The Nexus 6P has a large, 3450mAh non-removable battery that includes rapid charge via its Type-C connector.  The S6 Edge has a small 2600mAh non-removable battery with a fast charge feature and a built-in wireless charger (Qi and PMA enabled).

The Nexus 6P does have a few features not found on the S6 Edge – let’s start with a full metal body as opposed to the S6 Edge’s all glass construction.  It has dual front-facing stereo speakers for great sound and location for watching videos or playing games.  It also uses the Type-C reversible microUSB port for fast charging and data transfer.  Last, but certainly not least, it is running pure Android 6.0 Marshmallow and will always get the fastest upgrades possible when new versions come out. It will cost you $500 for the 32GB model. 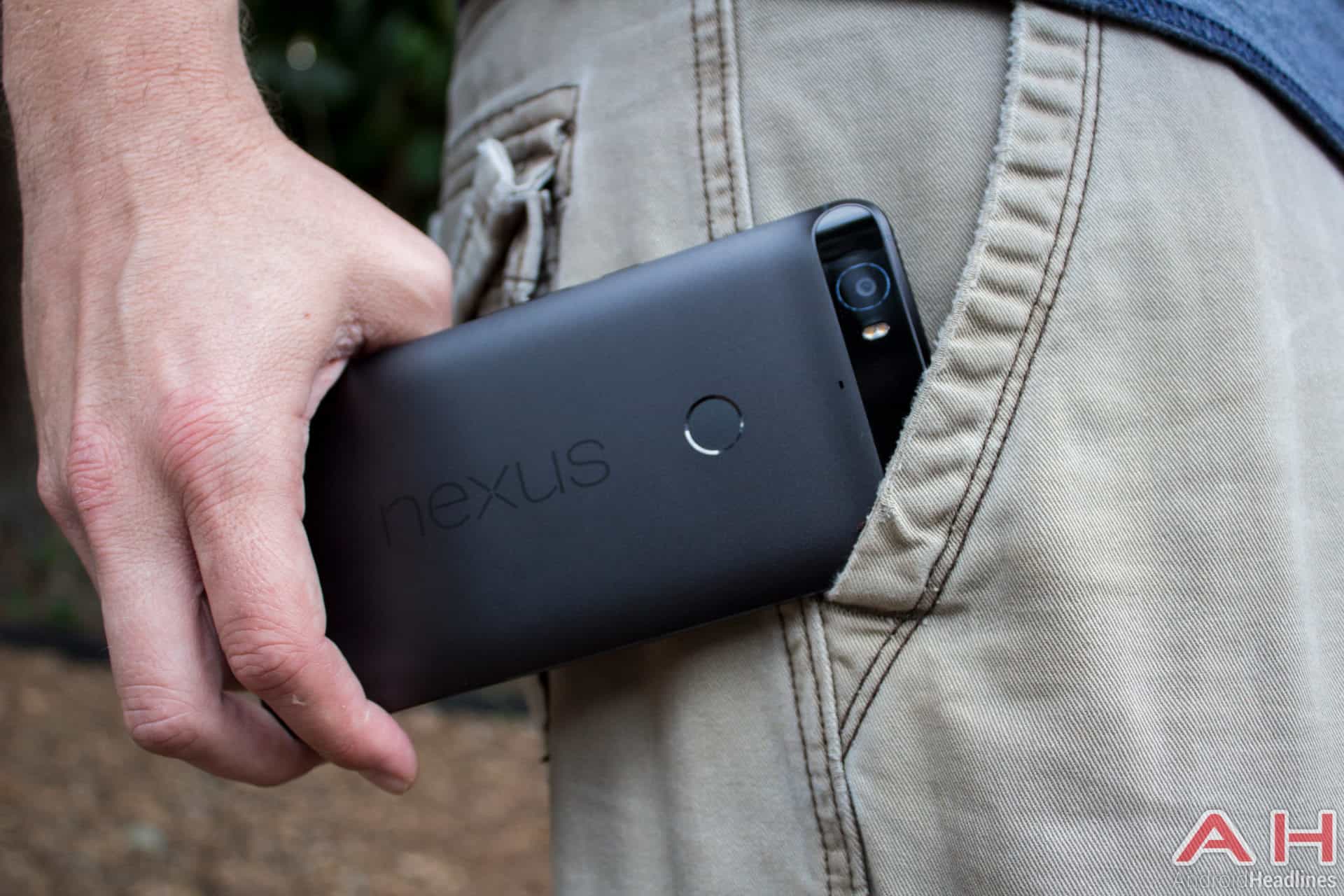 If we look at this purely from a specification point of view, then the Samsung Galaxy S6 Edge would win out over the Nexus 6P – it has a certain cool factor with the dual curved display and it uses the Super AMOLED display with more resolution (due to a smaller display size).  It has a better processor, slightly better main camera, built-in wireless charging, Samsung Pay, heart and oxygen sensors and an IR Blaster…but it also has an extra $175 price tag.  Are the extra features of the S6 Edge worth that extra money?

In my opinion, no – the Nexus 6P has a lot going for it with its larger QHD AMOLED display, the updated Snapdragon 810, DDR4 RAM, an excellent main camera and a larger FFC.  It has a much larger battery and front-facing stereo speakers.  It has all metal construction and the more convenient Type-C reversible plug…and the ‘marshmallow’ on the sundae is that the Nexus 6P will always get the fast Android OS upgrades.  For these reasons, I am picking the Nexus 6P as the winner of this comparison.