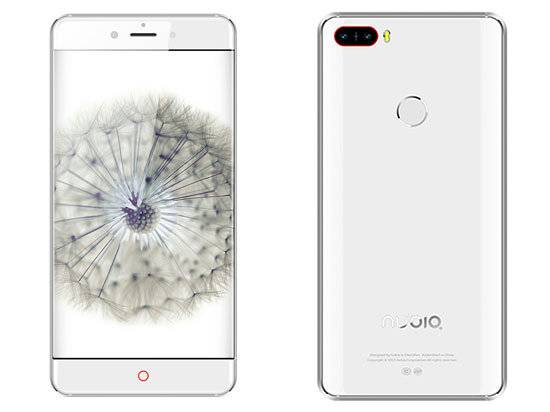 ZTE’s subsidiary, Nubia, had plenty to say during this year’s CES in Las Vegas. The company has not only introduced some new hardware, but has also announced the opening of their international website, nubia.com. Now, Nubia is basically becoming an international brand, Nubia’s devices had quite a limited availability thus far. The Nubia Z9 line of devices is quite interesting, and especially the Nubia Z9 handset which sports no side bezels, and offers high-end specs. These devices were announced back in April 2015, and we’ve already seen quite a few Nubia Z11 leaks thus far, read on.

The Nubia Z11 rumors started a while back, and our very own Nick Sutrich stumbled upon what seemed to be Nubia Z11’s front panel at CES in Las Vegas. Well, a new leak has surfaced in China which gives us a great look at the company’s allegedly upcoming flagship. If you take a look at the provided image, you’ll get to see the Nubia Z11 front both front and back. As you can see, the Nubia Z11 will, much like its predecessor, have no bezel on the sides whatsoever, which makes this device look quite sleek. The Nubia Z11 will also sport dual cameras on the back, which will be flanked by the dual-LED, dual tone flash. The fingerprint scanner will also be available on this device, and will be located on the back side of the phone as well. The circular capacitive button, as you can see, is placed below the display, and that is something ZTE’s Nubia devices are well known for.

Now, according to various leaks, the Nubia Z11 will feature a 5.2-inch display along with 4GB of RAM and various internal storage options. The device will reportedly going to be fueled by the Snapdragon 820, which makes sense considering the Nubia Z9 shipped with the Snapdragon 810 on the inside. The 21-megapixel shooter will be available on the back of the Nubia Z11, and the phone will ship with Android 6.0 Marshmallow out of the box, at least according to leaks. The device will be made out of metal and glass it seems, and it is expected to launch in April this year, but nothing has been confirmed just yet.