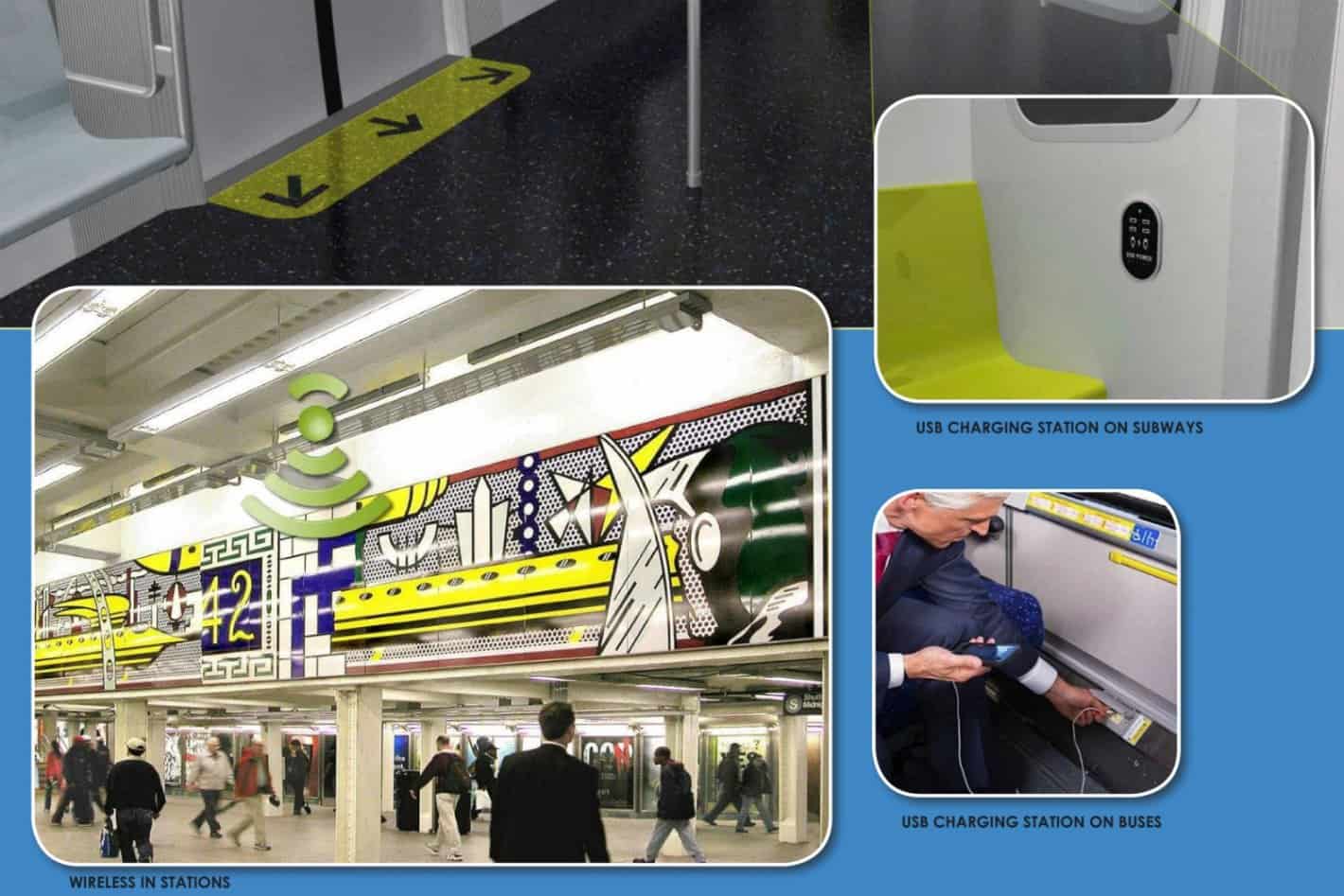 If you live anywhere near or around southeastern New York then you might have already begun to notice some changes that are taking place around the century old Metro Transit Authority's (MTA) transportation system. And if not, then sometime here soon you'll start seeing some very significant changes come about. The MTA is a public corporation responsible for public transportation in the U.S state of New York, serving 12 counties including 2 counties in Connecticut. It carries millions of people every week to several different places and is, for many, a stress-free alternative from their own transportation maintenance.

New York's Governor Andrew M. Cuomo held a meeting this weekend that focuses on modernizing the public transportation system, bridging the gap from the rest of the world's new elite transportation platforms. This includes things such as heated seats for its passengers along with beautiful shopping malls and restaurants, all this while New York is still stuck behind using old and outdated boxed cars. The MTA was founded back in 1965 by Governor Nelson Rockefeller which was to originally be purchased and used for the operations of the bankrupted Long Island Rail Road, only then, in turn using it for public services.

New York plans to not only rebuild and maintain new transit systems on about 30 subway stations but they are actively looking to integrate technology like expanding on the already current Wi-Fi hotspots as well as integrating USB ports in all of the subway stations, especially the trains and buses. Among all the much-needed digital access New york plans to add to its transportation systems, perhaps the more important revision includes transitioning the MetroCards into a digital platform allowing for a contactless payment, which will be both time-saving and convenient. The last time we saw this kind of shift transpire is when New York did away with the hassle of using coins and their machines to gain access for transportation. This possibly means implementing NFC (Near Field Communications) technology which is basically a short-range wireless transmission that uses the interaction of electromagnetic radio fields to make for a contactless transaction. During all of the digital renovations, the stations will be completely closed to speed up the process rather than just closing for the nights and weekends. Most of the projects are expected to be completed by 2020 with the implementation of the digital MetroCards to be ready for use sometime in 2018. Considering that each station was to have around 2-3 years worth of work, New York was able to bring it down to 6-12 months making for a much better timeline.

The MTA is also working on a new SubwayTime app, which will be offered in all of the 469 subway stations and will feature real-time arrival and departure data. The USB ports will be added to over 200 subway cars this year and by next year will reach to 400. With 1500 transit buses implementing charging stations by 2018, New York is quickly trying to play catch up with the whole world's fast-paced digital market. Transport Workers Union Local 100 President John Samuelsen said, "These projects will greatly improve the commutes for scores of riders and we're proud to be doing our part." And he could not be more right. Let's just hope that every state chips in and helps transform their own public transportations systems so that everyone can benefit.