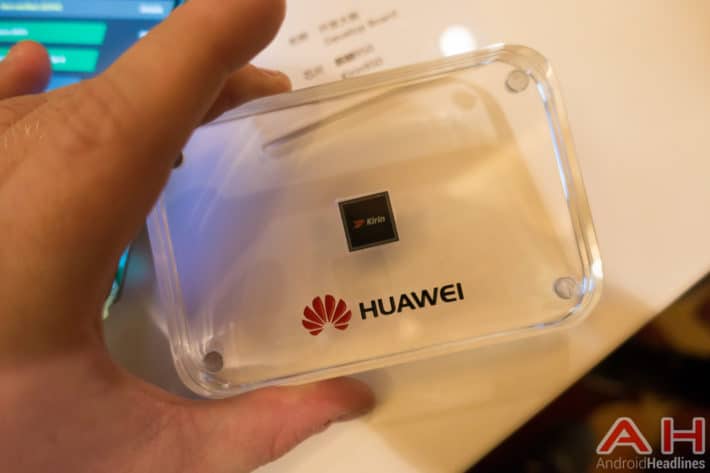 Along with Samsung and Apple, Huawei is one of the very few smartphone manufacturers that makes its own chipsets for its mobile handsets and tablets. The company designs its own Kirin SoCs, which can be found in devices branded Glory or Honor, depending on the market. There’s also the Ascend Mate range, which happens to be Huawei’s flagship series, notwithstanding the Nexus 6P. The company’s current top-end SoC happens to be the Kirin 950, which was unveiled by the Chinese multinational last year. The chipset comes with support for LTE Cat.10 specification, and is a pretty decent performer, seeing as it scores over 79,000 points on AnTuTu. Now, however, there seems to be a newer version of the chipset that’s being readied by Huawei, if a new listing on the Geekbench database is anything to go by.

That’s because the aforementioned listing seems to suggest that there’s an ‘unnamed Huawei device’ in the works that is capable of scoring over 2,000 points (2,018, to be precise) in the single-core test and as much as 7,239 points in the multi-core test. Those figures will apparently put the upcoming chipset from Huawei above MediaTek’s upcoming deca-core showstopper – the Helio x20 (MT6797) SoC. While not much more is known about Huawei’s as-yet-unannounced SoC right now, the Geekbench listing does seem to reveal that the new chip comes with a 64-bit octa-core application processor. The Kirin 950, for reference, has four Cortex A72 cores clocked at 2.3 GHz (in the Huawei Mate 8) and four Cortex A53 ones clocked at 1.8 GHz. The minimum clock speed, meanwhile, seems to be 1.8 GHz in the new chipset as well, but there’s no obvious indication about how high the Cortex-A72 cores are clocked at.

While the ‘unknown Huawei’ device sporting the upcoming Kirin chip is listed to have 4 GB of RAM in it, not much else is known about it either, but hopefully we’ll have more info regarding both the device as well as the chipset over the next few weeks. It remains to be seen what comes of this listing on the well-known benchmarking index, and if indeed, the upcoming chipset turns out to be a new and improved version of the Kirin 950 that has already debuted with the Mate 8. Either way, we’ll let you know more on this as we go along. 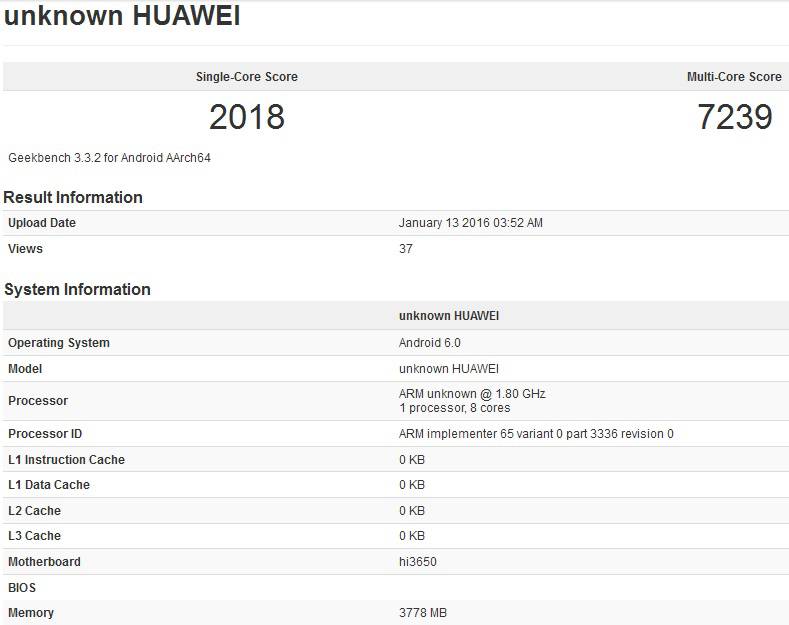