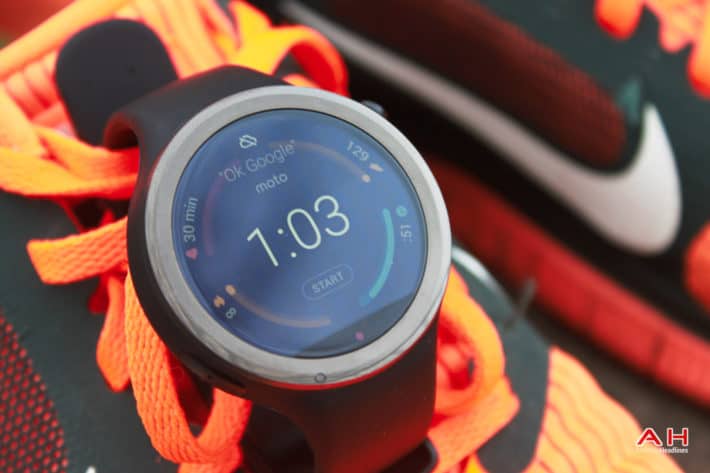 The latest variant of Motorola’s second-generation smartwatch, the Moto 360 Sport, is already available for purchase in the US, but the Lenovo-owned company doesn’t seem to be ready to roll out the device to international markets just as yet. While the original Moto 360 (2nd gen) is currently available in a number of markets globally, the ‘Sport’ edition is now expected to slowly start hitting store shelves around the world. Canada may well be one of the first international markets to get the device, if a report carried by MobileSyrup is anything to go by. According to the tech blog that deals with all things Canada, a listing for the aforementioned smartwatch on Best Buy’s Canadian website has now laid bare the pricing of the gadget when it launches north of the border.

While there’s still no word as to when the Moto 360 Sport might actually be available for purchase in Canada, the listing, which now seems to have been removed by Best Buy, is believed to have quoted CAD 379.99 as the price for the smartwatch, which will apparently be available in the country in two color options – black and white. It remains to be seen when Motorola deems it fit to go ahead with the launch, but going by the listing on the website of a prominent retailer like Best Buy, the availability of the Moto 360 Sport in Canada doesn’t seem a long way away. Having said that though, in the absence of any official confirmation from Motorola about its global plans for the device, it is always sensible to take such reports with the customary pinch of salt.

Coming to the ‘Sport’ variant of Motorola’s second-generation Moto 360, the smartwatch was announced by Motorola back in September last year at the IFA trade show in Berlin. The device is based on the Android Wear platform, and is compatible with both Android and iOS – the two largest mobile operating systems of recent times. The device features a 1.37-inch IPS capacitive touchscreen display that comes with a resolution of 360 x 325 pixels. The smartwatch is powered by the Snapdragon 400 chipset from Qualcomm, and comes with 512 MB of RAM and 4 GB of internal storage. Its sensors include an accelerometer, a gyroscope and a heart rate monitor, and the device has an IP67 rating that denotes the water and dust resistance.