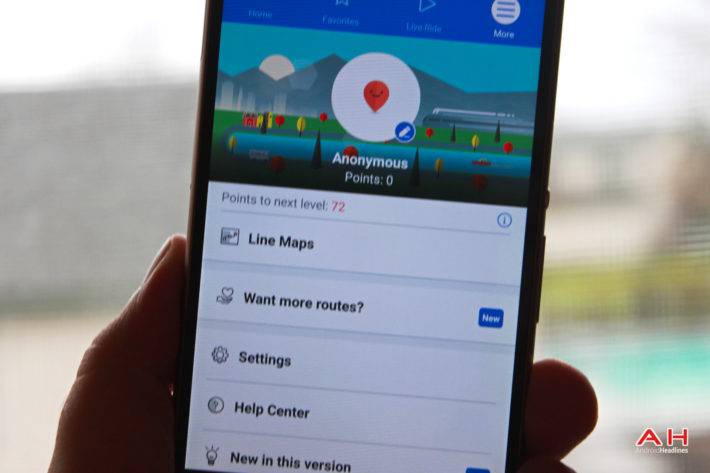 Using public transportation can be difficult for first-time users, especially if that first time happens to be in a city you're a little unfamiliar with. An app called Moovit aims to make searching for, and choosing public transport options as easy as it can be for users, making a perfect app for travelers looking to get around by local transport in the region they'll be visiting. It's also great for anyone who just chooses to use public transport to get around their own city. There are tons of ways to get from point A to point B in most larger cities around the globe including trains, buses, and even a plethora of ride share options, and in its most recent update to the app Moovit is now giving users a way to more easily access bicycles as their chosen transportation method.

Moovit's new bike share option allows users to search for local services which offer bicycles to rent, much like someone might do with Zipcar or Cars2Go services, but without having to install and use another app just to get what they need. The feature has been introduced in more than 200 cities around the world out of the 750 cities which Moovit currently operates, and broken down by country the bike sharing features can be used in the U.S., the UK, Japan, various major countries in Europe, Canada, and Australia. Moovit unfortunately, doesn't state in which 200 cities the bike share feature is currently live.

While the bike share feature is no doubt going to be a popular one with many Moovit users, the option to use the app at all would first have to be present. In addition to the new bike share feature, Moovit now works in more than 25 new cities which include Mumbai, Stuttgart, Puebla & M©rida, Murcia, & Logro±o, Clermont-Ferrand, Apucarana, 14 cities in Canada, Andorra la Vella, Caxias do Sul & Campina Grande, Patra, and others. On top of these new cities which have been added in the latest update, Moovit also boasts adding a new city to their app every 24 hours which is rather fast, and ensures that they are getting to as many users as they can.