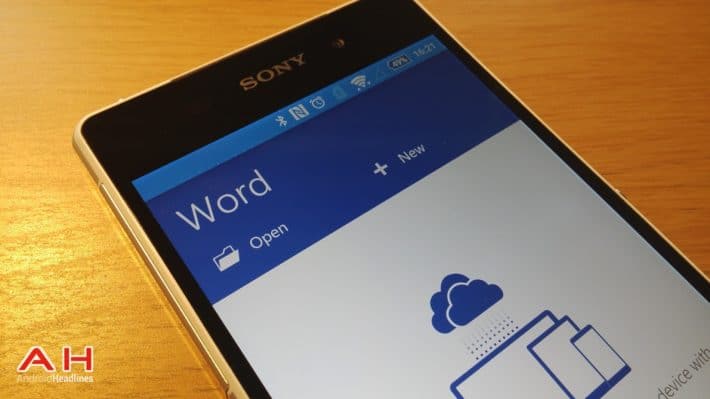 Productivity has always been one of the main selling points of smartphones and tablets, and even if these devices don’t offer as many features as a laptop, it is nice to be able to view some documents and make basic changes to them on the go. Microsoft has always been very good at developing productivity software, so they brought their Office suite to Windows Phone at first, but now, they have released their Office apps for other platforms including the Android operating system. Office Mobile was released for Android devices a while ago, and then, the company released standalone apps for Word, Excel and PowerPoint, each of them included more features. While the apps are free to use, an Office 365 subscription will unlock some additional premium features. Now, Microsoft has now updated these three apps, so let’s take a look at what’s changed in all of them.

Word, the company’s word processor, includes improvements such as the ability to choose between different color options to highlight text. There’s a feature called Smart lookup, which allows users to get relevant definitions, pictures and additional information from the web, without even leaving the document or having to switch to another app, as they are based on the displayed content. Users can now share their documents with additional apps, including WeChat and QQ apps. The company has made it easier to sign up for a Microsoft account from the app, which is useful for those who aren’t currently using Microsoft’s services.

The spreadsheet program, Excel, now includes additional table styles, so users can change the looks of these elements. There are more paste options, so users can now paste from a formula, value or format from a copied cell. Users will now be able to view angled and rotated text. The new sharing options are also included, so there’s support for WeChat and QQ apps. Also, the simplified sign-up system is included. PowerPoint, the program dedicated to make presentations, includes multimedia playback, so embedded media files can now be played in the presentation. The sharing options using WeChat and QQ apps is also included in this version as well as the simplified sign-up system.